Before I get into the topic at hand, were you out last night in the A? It was actually chilly and windy. My thin-strapped bubble dress was not holding up in the night air…could it be that fall is upon us…could it be that my b-day is in a couple of weeks? The answer to both questions is a resounding, “Yes!” (Read: You still have time to buy a b-day gift for me…gift cards are cool too 🙂 )

Okay, the topic of the day – Have you heard the news? Y’all would never guess who has enrolled in seminary…Yes, that’s right…Omarosa Manigault-Stallworth – that crazy chick from Donald Trump’s reality show “The Apprentice.” I watch very few reality shows, but I remember watching her on that show.  She was the ultimate “mean girl” and after a while, she became the reason that everyone tuned in. Most people would not admit it, but I think many of us got a vicarious thrill from watching her be catty and snooty. I imagine her demeanor will change now that she is officially a student at United Theological Seminary in Ohio. She is seeking a doctor of ministry degree. Her Web site is hilarious. She has two categories on her Web site: naughty and nice. On the nice page, she is dressed in a white flowly gown with her hands outstretched presumably pointed to heaven. I guess she is dressed as an angel. Well, on the naughty page, she is undoubtedly dressed as a devil. She has horns on her head and is in some red pleather get-up with her stomach showing.

I wonder if she plans to become a minister. Don’t laugh…stranger things have happened…Have you heard of Saul on the road to Damascus in the Bible? This guy, who was known for killing Christians, actually became one of the Bible’s most famous ministers of the gospel.  He actually has his own page on Wikipedia! All of this has me thinking about the qualities that make a good pastor or minister… 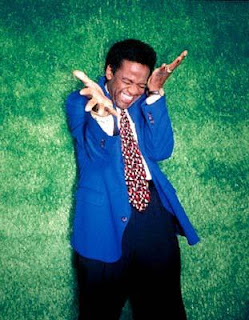 What do you look for? Do you want a minister who had a dramatic conversion experience like Paul or even Al Green? Apparently, he decided to become a minister not long after a pan of boiling grits was poured on him. Do you like a minister that can relate to young people? I’m sure that Rev. Run does not have a hard time relating to the youth. Does your minister have to be a bad girl gone good like Denise Matthews formerly of Vanity 6? Apparently, she is now an evangelist.

Celebrities aside, what do you look for in a pastor or a minister? Some people don’t believe that pastors should be women? Do you feel a pastor or minister should have a seminary degree? Is it important that a pastor have lived a rough life before being called to ministry? Or should a pastor be someone who was raised in the church and never strayed? Do your ministers have to be the same race that you are or have the same socioeconomic background that you have?  Do your pastors have to drive luxury vehicles or be married? Do your pastors have to be young with fresh ideas or old with time-tested beliefs?

In a previous post, I blogged about what people look for a church. In many cases, it is the pastor and or ministers that 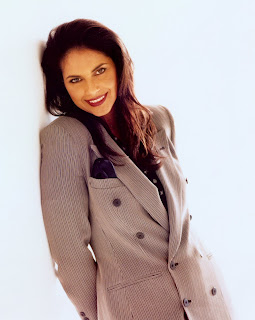 make the difference for some people.