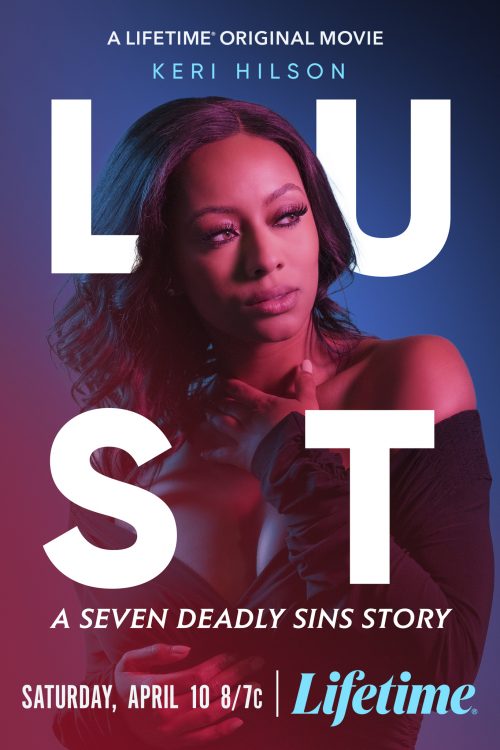 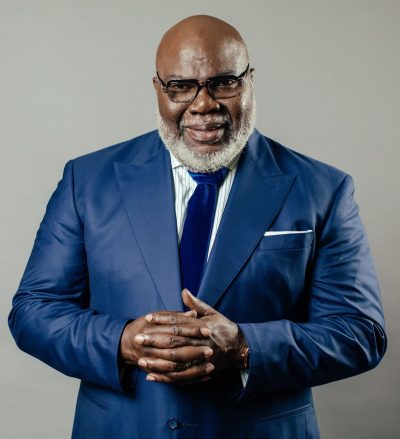 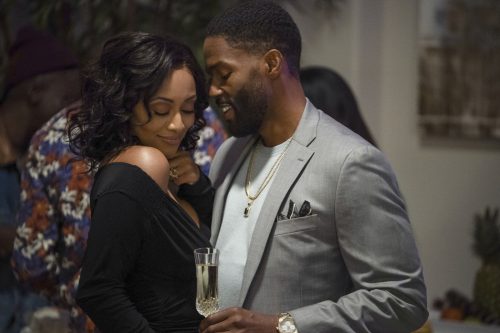 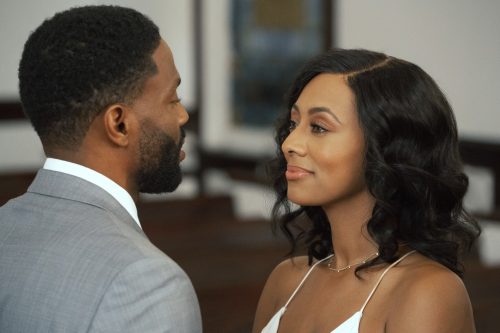 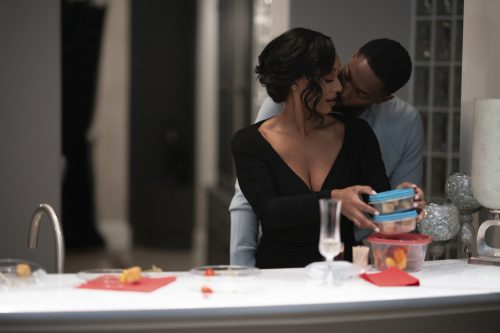 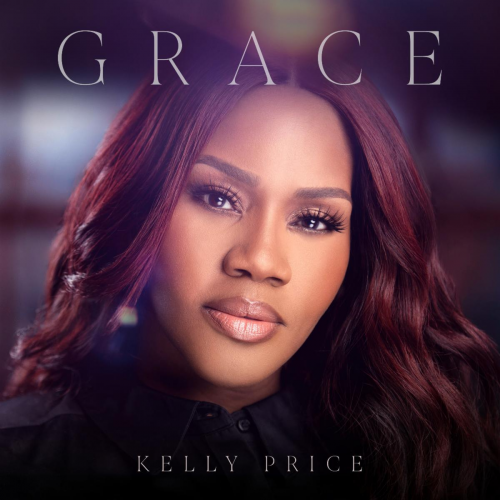 Motown Gospel, one of the premiere recording labels for gospel music, in partnership with SANG GIRL! Inc., celebrates the release of nine-time GRAMMY® nominated singer/songwriter Kelly Price’s second gospel project, GRACE. The release of GRACE comes fifteen years after Price’s acclaimed gospel album, This Is Who I Am, which hit #1 on Billboard’s Top Gospel Albums chart and landed in the top ten of the Top R&B/Hip-Hop Albums chart. Grace is available now wherever music is sold and streamed digitally. Purchase GRACE at: https://KellyPrice.lnk.to/GRACE

The brand-new 6-track EP serves as a reminder of God’s grace during these unprecedented times. Grace begins with the electrifying album opener “Dance Party,” features a cover of the classic “Faith That Conquers,” and the title track “Grace.”

Check out “Dance Party” below…

Standing on her foundation of faith and belief in God, Kelly Price poured her heart and soul into GRACE and used it as a healing tool after losing her grandfather early in the 2020 pandemic, followed by the sudden passing of her mother at the end of the year. The result is a story of joy, pain, love and loss, with Grace becoming one of Price’s most inspirational and moving projects to date.

Price is set to embark on a progressive virtual press run which will include promotional stops at GMA3: What You Need to Know Wednesday, April 7th at 12 PM EST, Sirius XM Sway In The Morning, The Breakfast Club, Good Day New York and more. GRACE is available now wherever music is sold and streamed digitally. Purchase Grace at: https://KellyPrice.lnk.to/GRACE 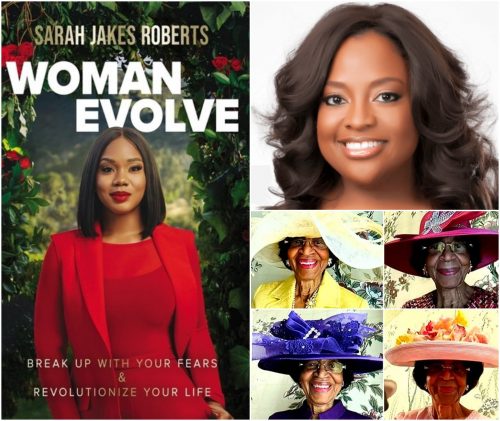 Excerpt: Black Don’t Crack (fka Untitled Regina Hicks) follows three former sorority sisters who lost touch after college reunite during a pivotal point in their lives. They realize sometimes it’s okay to crack and when you do, no one will be there for you like your friends. Shepherd will play Angela Wright, a native New Yorker somewhere between 45 and death, but it’s hard to tell because “black don’t crack.” She’s a single mom who put aside her musical dreams to raise her son after her husband died. She’s been holding it down alone for years, taking care of her family instead of herself. When she is confronted with a personal crisis, she reunites with her sorority sisters to recapture the passion, ambition and sisterhood of their college glory days. See more at: deadline.com

2.”Churchgoer, 82, Has Dressed Up for 52 Weeks of VIRTUAL Church Services” by Carly Stern

Excerpt: A dedicated Oklahoma churchgoer hasn’t missed a service since the pandemic started, tuning in every Sunday for virtual church. But even though Dr. Laverne Wimberly, 82, has been attending Metropolitan Baptist Church in Tulsa online, she hasn’t left behind her Sunday best, and dresses up to the nines every week to sit in front of her computer. See more at: msn.com

Excerpt: Motivational speaker, best-selling author and faith leader Sarah Jakes Roberts has a message of hope for the world as we struggle together to find hope and positivity amid the global coronavirus pandemic—stay strong. Jakes Roberts was one of many though-leaders in the health and wellness space who spoke at the first annual ESSENCE Wellness House Virtual Summit: Taking Care In The Wake Of Global Pandemic on Tuesday, March 31st. Jakes Roberts, daughter of spiritual leader Bishop TD Jakes,  offered some positive reflection for the audience during this difficult time. Jakes Roberts, who is also the founder of the Women Evolve ministry, designed to help women reach their fullest potential, shared her personal experiences with finding ways to practice peace and gratitude at home with her husband, The Potter’s House at One LA’s Pastor Touré Roberts, and their kids. See more at: essence.com

Excerpt: “I’ve known this news for a couple weeks and have been thinking of what to say when it was released,” Turner wrote in an Instagram post on Thursday, saying thank you and paying homage to the many Black woman who came before her and still work in broadcast television, including Carole Simpson, Oprah Winfrey, Pat Harvey, Gayle King, Hota Kotb, Robin Roberts, Tamron Hall and Joy Reid. See more at: nydailynews.com

Excerpt: Black News has reported that Tina Redmond, who uses the moniker DJ Chic Chick, is now the owner of Atlanta’s newest Black-owned radio station and television network, TRACC Radio and TRACC TV. The Inglewood, California, native says she created the two media platforms in an effort to offer independent artists, celebrities, as well business owners the chance to have their talent and or product promoted on a worldwide basis. See more at: blackenterprise.com

6. “Asian American Christians Refuse to Be Silent Amid Rise in Hate Crimes” by Nicola A. Menzie

Excerpt: In New York City, about 100 Christians, including families with young children, gathered at the usually bustling open air market at the north end of Union Square Park on Sunday (March 28). Standing under an overcast sky, they sang, prayed for healing and repentance, and affirmed the dignity of Asian American lives. In addition to observing two minutes of silence for the Atlanta victims, including Delaina Ashley Yaun and Andre Michels, they listened as Won read the names of the Korean and Chinese women killed by the Atlanta gunman. They are: Soon Chung Park, 74; Hyun Jung Grant (maiden name Kim), 51; Suncha Kim, 69; Yong Ae Yue, 63; Xiaojie Tan, 49; and Daoyou Feng, 44. Ray Low, standing among the crowd, carried a sign quoting Ezekiel 13:10 on one side and a declaration on the other: HEY CHRISTIANS: WOMEN ARE NOT THE REASON YOU CAN’T DEAL WITH YOUR SIN… — a reference to the Atlanta shooter reportedly blaming a sex addiction for his crimes. See more at: faithfullymagazine.com

7. “Viola Davis is now the most nominated Black actress in Oscars history” by Christie D’Zurilla

Excerpt: Upping the stakes even higher this year: The best actress nomination of Andra Day (“The United States vs. Billie Holiday”) makes it only the second time that two Black women will compete for that honor. The last time it happened was 48 years ago, in 1973, when Cecily Tyson and Diana Ross were nominated for “Sounder” and “Lady Sings the Blues,” respectively. That year, Liza Minnelli won for her portrayal of Sally Bowles in “Cabaret.” See more at: latimes.com

Excerpt: For Cherilyn Holloway, her support of Black Lives Matter has everything to do with her stance on abortion. When Michael Brown was fatally shot by a police officer in Ferguson, Missouri, in 2014, Holloway made a point to discuss the tragedy with her own sons. The tragedy also ignited the spark that converged her passions and activism. “Here’s a man who was shot in the street, he couldn’t defend himself, the same way a baby can’t defend themselves in the womb,” she said. “Because they both are lives, and both are lives that matter. And the issue we are dealing with right now in our society is a life issue. We have built a society that does not value life, whether it is in the physical form or in the womb.” See more at: abcnews.go.com

Excerpt: Faith Odunsi, a student of The Ambassadors Schools, Ota, Ogun State, recently won the Global Open Mathematics Tournament, an international competition with participants from Europe, Africa, America, Asia and Australia.Alongside the title of being the winner, Odunsi also won a monetary award of $1,000. The organisers would also come for the official presentation of the award. See more at: tribuneonlineng.com

Excerpt: Dasia Taylor has juiced about three dozen beets in the last 18 months. The root vegetables, she’s found, provide the perfect dye for her invention: suture thread that changes color, from bright red to dark purple, when a surgical wound becomes infected. The 17-year-old student at Iowa City West High School in Iowa City, Iowa, began working on the project in October 2019, after her chemistry teacher shared information about state-wide science fairs with the class. As she developed her sutures, she nabbed awards at several regional science fairs, before advancing to the national stage. See more at: smithsonianmag.com