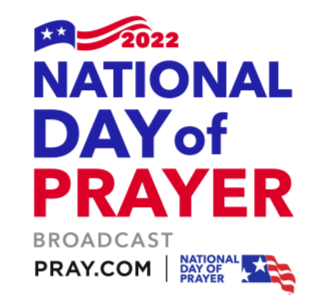 After many years of praying, I can undoubtedly say that without prayer, my life would not work…That’s why I have to promote the 2022 National Day of Prayer…

The National Day of Prayer has been celebrated annually in the U.S. since 1952 when Congress created a joint resolution, signed into law by President Harry Truman, stating that the President would dedicate one day every year for a National Day of Prayer. In 1988, President Ronald Reagan signed legislation designating the first Thursday in May as the annual observance. Every president since then has on that day issued a proclamation encouraging the people of the nation to gather together in prayer.  “Our team at Pray.com is honored to officially partner with the National Day of Prayer Task Force this year, to help rally people of faith from every state in our nation to pause and praise the Lord for our many blessings,” said Pray.com co-founder Matthew Potter. “This annual celebration of year-round prayer brings together citizens from all backgrounds into the throne room of Heaven as we renew our reliance on our Almighty God, and as we lift up our hearts to heaven, praying biblically — not politically — and asking the blessings of God to rest on every leader in every area of influence in our country.”

Speakers and musicians who will be involved in this year’s event, leading in worship and prayer, include Pastors A. R. Bernard and Skip Heitzig, ministry leaders such as Chip Ingram and Joni Eareckson Tada, and National Day of Prayer Task Force President Kathy Branzell. Local prayer gatherings will be held in all 50 states and several U.S. territories, with the annual national broadcast airing on television and radio, and streamed through social media at 8 p.m. ET. For station and social media information, visit www.nationaldayofprayer.org.

“Our praise of His unchanging attributes and remembrance of His blessings has helped Americans remain steadfast in faith even through the most challenging of times,” Branzell said. “Therefore, it is of the utmost importance that we do not waver today in this practice of praise and expressions of faith, love, and thanks as we unite in prayer across America on this National Day of Prayer.”

Sadly, at the end of last year, film producer DeVon Franklin and actress Meagan Good announced they were divorcing after nine years of marriage. Shortly afterward, DeVon announced that he was taking a break from social media which I can appreciate. As is said in the Bible, there is a time for everything under the sun, and sometimes we need to retreat and rejuvenate so that we can return. And it seems that DeVon has done just that! On April 13, DeVon’s birthday, he posted a picture of himself with the words “Love Wins” tattooed on one arm and “Live Free” tattooed on the other. Pretty drastic to have those words tattooed, but my healing doesn’t look like your healing and vice versa.

Below is his post about his social media break…

It looks like he is taking a break from dating as well because it appears that he celebrated his birthday with his dudes. If that’s true, that is wise because it takes time to unpack what happened to dissolve a romantic relationship much less a marriage. When I was dating, after a relationship ended, I took six months to just be…

And not only has he returned to social media, DeVon has released a new audiobook “It Takes A Woman,” which features his mother, Paulette, as well as his great aunts: Aunt Nuna, Aunt Ida, Aunt Enis, Aunt Donna and Aunt Sondra. I imagine in the last few months, he has spent a lot of time with them discussing what happened in this marriage. If you’re smart, you consult with the elders of your family especially in times of distress. Here’s his social media post about “It Takes a Woman” below…

I have something special for you today…a new audiobook from Audible! IT TAKES A WOMAN!
Part of my journey of healing has been working on this audiobook. I put my heart and soul into this and I can’t wait for you to hear it!
My mother, Paulette and great aunts: Aunt Nuna, Aunt Ida, Aunt Enis, Aunt Donna and Aunt Sondra have made such an impact in my life when they stepped in to raise me and my brothers after my father died, and TODAY, I’m so grateful I get to share their wisdom and voices with you.
In this audiobook you can hear, first hand, GENERATIONS of wisdom! You not only hear my voice, but the voices of my great aunts and my mother.
I didn’t want the voices of our women to get lost in the sands of time.
If it wasn’t for the women that raised me I don’t know where I’d be!

Can you relate?
From tragedy to triumph, for the first time I tell my family story. It will make you laugh, maybe cry but I hope it will uplift your soul.
I know you’ve heard the African proverb, “it takes a village to raise a child,” I also say, IT TAKES A WOMAN, and that’s why it’s the title of my new Audible Original.
START LISTENING RIGHT NOW to #ITTAKESAWOMAN on Audible at https://adbl.co/ittakesawoman (and please let me know what you think)

Aside: I actually interviewed DeVon back in the day! Check out that interview HERE. 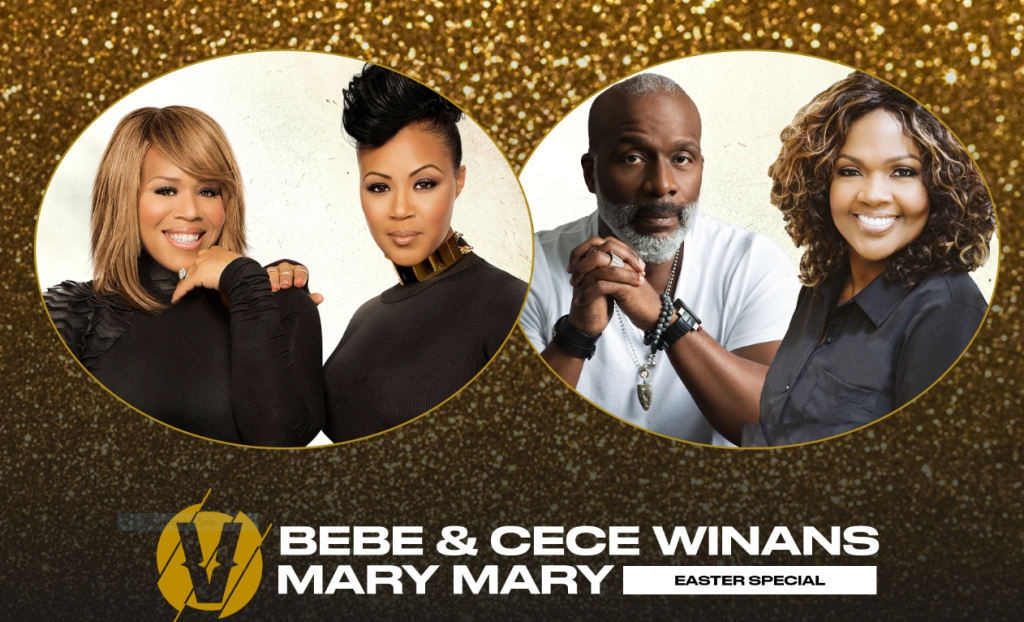 Normally, I would write a longer Easter post fitting of the occasion because Easter is literally the crux of our faith, but having two infants to feed every three hours is still messing with my time management skills. As a result, here is my short Easter post for today. After you have celebrated Easter in the house of God preferably with your church family, know that the celebration doesn’t have to be over!!!

VERZUZ is blessing us with an epic battle between, not one, but two, dynamic gospel duos that is sure to awaken the Holy Ghost in all of us. Singing songs of praise, heavy-hitters, Mary Mary, the gospel-soul twosome (Remember that time I interviewed Tina Campbell? If not, click Mitchell Solarek is NOT Tina Campbell’s Manager & More: My Interview With Mary Mary’s Tina Campbell), will face off in a glorious battle against brother and sister Gospel titans BeBe and CeCe Winans. And, Heaven help us, we are here for it!

Cost is $65 for live performance and it is free online. Here’s the online link: https://www.instagram.com/verzuztv/