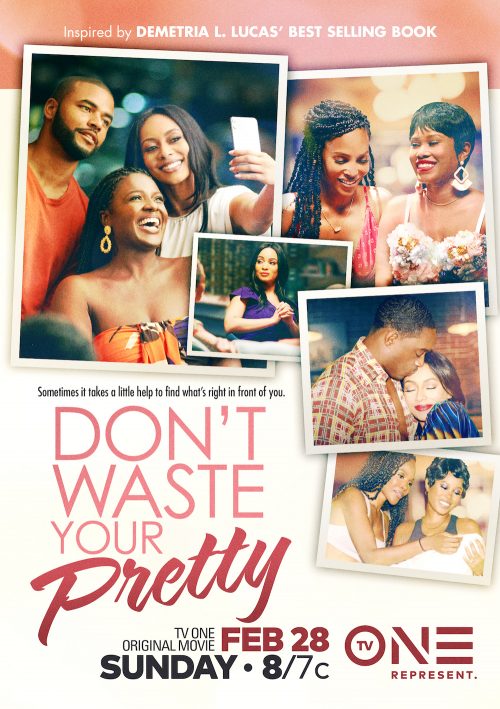 Although I’m still sad that OWN’s Greenleaf has ended, I’m happy that the actors from the show are being featured in other projects. Deborah Joy Winans aka Charity is one of the stars in the upcoming movie DON’T WASTE YOUR PRETTY, which will be on TV One on Sunday, Feb. 28 at 8 P.M./7C. Below is the synopsis:

DON’T WASTE YOUR PRETTY follows a group of tightly knit friends as they sort out their turbulent life issues and love lives – always turning to one another to figure out their next move when jobs, romance or family interactions prove more complicated than they had ever anticipated. The film is based on the eponymous novel penned by award-winning author and media personality Demetria L. Lucas. The cast of DON’T WASTE YOUR PRETTY includes Keri Hilson (“Think Like A Man,” “Almost Christmas”), Redaric Williams (“The Yard,” “The Young And The Restless”), Deborah Joy Winans (“Greenleaf”), Jasmine Burke (“Saints & Sinners”), Kaye Singleton (“American Soul”) and Rainey Branch (“Being Mary Jane,” “Grey’s Anatomy”).

Check out the trailer below: (Y’all Charity is wearing a septum ring!) 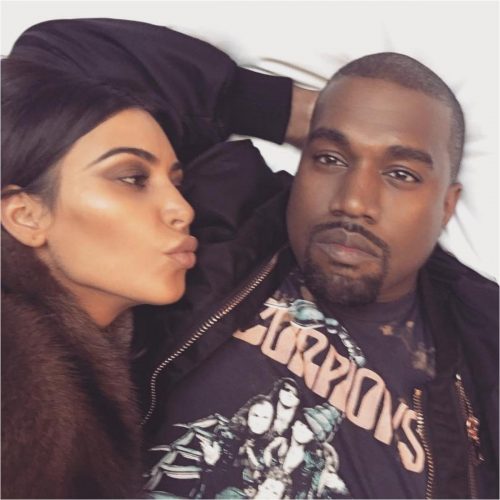 A week ago the world over was celebrating love as it was Valentine’s Day, but as you know, things can can change in an instant in God’s world.

Sadly, Kim Kardashian has officially called it quits from her soon-to-be-ex-hubby, Kanye West, who was most recently named “Billboard’s Top Gospel Artist of 2020. I can bet that he will be listening to some gospel music in the very near future if he’s not already. Nothing like some good ole gospel music when you’re going through. Below are a few details about the divorce, according to Page Six.

Kim Kardashian has filed for divorce from Kanye West after seven years of marriage Page Six can confirm.

We exclusively revealed in January that Kardashian, 40 and West, 41, were headed for a split.

“Kim got Kanye to go up there [Wyoming] so they could live separate lives and quietly get things sorted out to separate and divorce. She’s done,” a source told us at the time.

While West was photographed this week still wearing his wedding band, separate photos of Kardashian indicated that she had already started going without hers.

Per TMZ, Kardashian has filed for joint legal and physical custody of the couple’s four children: daughters North, 7, and Chicago, 3, and sons Saint, 5, and Psalm, who turns 2 in May. The outlet quotes sources who say Kanye has accepted the custody arrangement and that the pair are committed to co-parenting.

The couple have a prenuptial agreement in place, and TMZ’s sources add that neither is interested in contesting it, saying that Kanye and Kim have already begun to settle property issues.

The prenup guarantees Kim $1 million for every year of marriage, according to previous reports, though the couple’s respective net worths have skyrocketed since it was drafted. The prenup reportedly states that “Money [Kim] earns from … the Kardashian clothing line and promotional appearances, will be considered her separate and sole income,” and that whatever she makes from “Keeping Up With the Kardashians” is hers to keep as well. 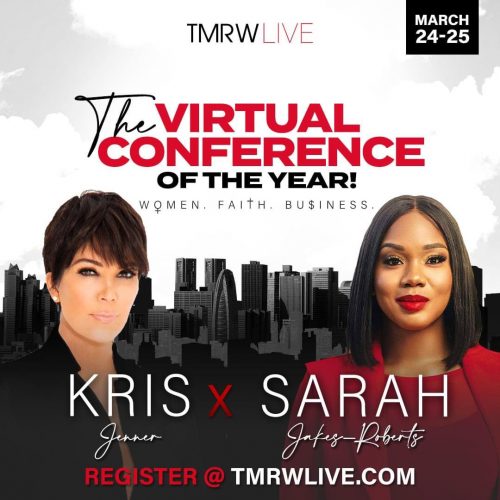 Speaking of millions, billed as “The Millionaire Maker,” Kris Jenner, who is an ordained minister, is a special guest speaker for the TMRWLive! to be held on March 24-25, 2021. Below is more information about the conference.

TMRWLive! was created exclusively for the faith-driven businesswoman who seeks both purpose alignment and millions in revenue. It is for the woman who refuses to compromise her faith for success – for the woman whose ambition is calling her out from among everything that’s familiar to her.

The TMRWLive! virtual experience is a one-of-a-kind, online event that grants you access to next level business strategy, a curated community of progressive entrepreneurs, and resources that will be catalysts to expanding your global reach, impact, and influence. This two-day accelerator event uniquely fuses time-tested, faith-based principles with sound business strategies creating a formula to consistently produce abundance in your business.

Below is more information about Kris Jenner:

Kris Jenner, entrepreneur, New York Times best-selling author and creator, executive producer, and star of the award-winning reality series, Keeping Up with the Kardashians, will join TMRWLIVE! for an up close and personal conversation about achieving multi-million dollar success and building billion-dollar brands.

CEO of Jenner Communications, Kris Jenner is widely known for managing the careers of her six children: Kourtney, Kim, Khloé, Rob, Kendall, and Kylie. She is an instrumental and guiding force behind all their successful family brands, including Kylie Cosmetics, Kylie Skin, KKW Beauty, SKIMS, Good American, the Kendall+Kylie collection, POOSH, Halfway Dead and Arthur George.

The conference includes an impressive slate of other speakers including but not limited to: Sarah Jakes-Roberts, co-pastor of The Potter’s at One LA and The Potter’s House Denver; Janice Bryant Howroyd, who is billed as the first black woman to build a billion-dollar business and Lola Tomorrow, former White House Associate, multi-million dollar event planner, and creator of the TMRWLIVE! Virtual Experience.

For more information about the conference and its offerings and how to register, click HERE. 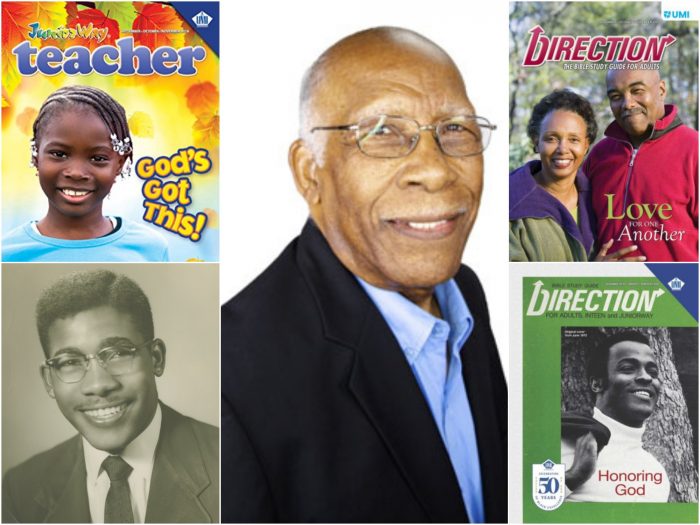 As a black writer who has written for UMI (Urban Ministries, Inc.), I’m particularly sad to share this news…

“Dr. Banks was a revolutionary publisher and giant for the African American church and community,” said C. Jeffrey Wright, CEO of UMI. “He was the first to create contextualized content that portrayed positive images of African Americans in the Bible. Because of his innovation, UMI has reached millions of Black churches and individuals with the Gospel.”

For the last 50 years, under Dr. Banks’ leadership, UMI has developed Christian education resources, including Bible studies, Sunday School, and Vacation Bible School curriculum, websites, magazines, books, and videos for its 40,000+ strong customer base. He wrote a number of books and devotionals and hosted a two-minute daily podcast called Daily Direction. In 1995, he brought on Mr. Wright as CEO to take on the day-to-day management of the company. Many evangelical organizations have recognized his pioneering work, including the Evangelical Christian Publishers Association (ECPA), which presented him with its inaugural Kenneth N. Taylor Lifetime Achievement Award in 2017.

My church has used UMI Sunday School and Vacation Bible School literature for years but I remember before we used this literature. I did not see images of little boys and girls who looked like me so sometimes it was difficult to connect to what the Sunday School and VBS teachers were trying to teach me. But when the church started using UMI literature, it was so empowering to see images that reminded me of me which helped to solidify the valuable lessons in my mind and heart.

Check out this wonderful video about the start of UMI.

I considered it a high honor when I began writing for UMI, specifically for its blog UrbanFaith.com. Below is an excerpt of an article The Real Preachers’ Wives of Atlanta that I wrote the website. 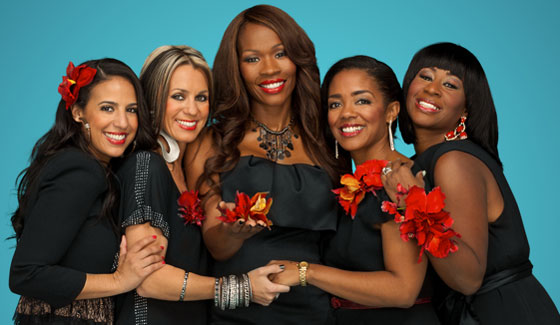 I’ve got to admit I do watch The Real Housewives of Atlanta just about every Sunday night. And now that True Entertainment, the company that produces the raucous reality show, is producing a new reality show about Atlanta “first ladies,” I will probably be watching that show when it debuts Tuesday, Jan. 1, at 9 p.m. ET on TLC. The Sisterhood features five preachers’ wives: Christina, DeLana, Domonique, Ivy, and Tara. From the trailer many saw of the show, these preachers’ wives are not the circumspect, stand-behind-your man type of women that many would expect preachers’ wives to be. In the trailer, Domonique is a former drug addict and shows the other preachers’ wives a home in Miami where she used to smoke crack; Tara is a fitness buff with a penchant for getting tattoos and convinces Domonique to get one too; Ivy is shown getting handcuffs as a gift from her husband Mark, pastor of Emmanuel Tabernacle Church, and proceeds to share about their relationship. In fact, the trailer is so controversial that a petition to get the show off the air was initiated on change.org.

Dr. Banks certainly heeded his call to, “Write down the revelation and make it plain on tablets so that a herald may run with it” Habakkuk 2:2.

And I will close with this verse: “Then I heard a voice from heaven say, ‘Write this: Blessed are the dead who die in the Lord from now on.’ ‘Yes,’ says the Spirit, ‘they will rest from their labor, for their deeds will follow them.'” Revelation 14:13