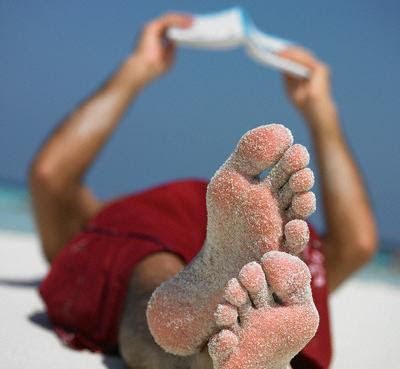 Although summertime is the best time to hang out and have fun, it’s also the best time to relax with a good book…preferably on a white sand beach…fruity drink in hand…boo reclining next to you…

Since I’m an unabashed, lifelong bibliophile, let me share some of the books that I plan to peruse this summer…

If she’d stayed any longer, her husband would have killed her.

Taylor Villanova, the club’s sexy multi-racial bouncer recognizes her naiveté and volunteers to teach her about surviving in the “hood.” Fearful and suspicious of men, Dani is at first repelled by his violent profession yet drawn to the compassionate nature that contradicts Taylor’s macho persona. But when her well-laid plans go awry, and Dani discovers someone is following her, she must put her complete trust in Taylor. Her time is running out.

I must confess Chicki Brown is one of my writer friends, and I am so proud of her! This e-book is available on Amazon, but you don’t have to buy a Kindle to read it. You can download the Kindle app for FREE for your PC or phone!

Hell hath no fury like a woman scorned. “A Woman’s Revenge” contains the tales of revenge served up cold by three of your favorite Christian fiction authors. Will their desires for revenge take them too far?

I heard each of these authors read an excerpt of the book at the Faith & Fiction Retreat held in the A two weeks ago, and this book sounds like a perfect book to escape into on the beach…

3. “Bitch is the New Black: A Memoir” by Helena Andrews.

Political reporter Andrews assembles 16 autobiographical essays exploring her unconventional upbringing, academic and professional accomplishment and the challenges of being a successful, single black woman in Washington, D.C. The scathingly witty author examines a wide variety of topics that, beneath the jokes and sarcasm, address weighty issues (depression, aging, abortion) with wry astuteness. The “bitch” referred to in the title is an allusion to the tough veneer-perhaps subtly survivalist-that Andrews claims is necessary for a black woman who is often the only black woman in school or at work.

I first heard about this book at the “Why Can’t a Successful Black Woman Find a Man?” debate. Andrews was a featured audience member at the debate and was introduced to everyone. Apparently, Shonda Rhimes, executive producer of “Grey’s Anatomy,” has purchased the rights to the book and will produce a film based on it…Obviously I’m impressed. The title alone makes this book a must read…Read a good profile on Andrews here.

4.  “The Substance of Hope: Barack Obama and the Paradox of Progress” by William Jelani Cobb.

For acclaimed historian William Jelani Cobb, the historic election of Barack Obama to the presidency is not the most remarkable development of the 2008 election; even more so is the fact that Obama won some 90 percent of the black vote in the primaries across America despite the fact that the established black leadership since the civil rights era—men like Jesse Jackson, John Lewis, Andrew Young, who paved the way for his candidacy—all openly supported Hillary Clinton. Clearly a sea change has occurred among black voters, ironically pushing the architects of the civil rights movement toward the periphery at the moment when their political dreams were most fully realized.
How this has happened, and the powerful implications it holds for America’s politics and social landscape, is the focus of The Substance of Hope, a deeply insightful, paradigm-shifting examination of a new generation of voters that has not been shaped by the raw memory of Jim Crow and has a different range of imperatives.
Jelani Cobb is one of my Facebook friends, and his status updates are always thought provoking and often hilarious.
5. “Destined” by Patricia Haley.
Brother battles brother for ultimate control of their father’s multimillion-dollar ministry in the captivating second novel from #1 Essence bestselling author Patricia Haley’s provocative new series inspired by the biblical kings David and Solomon.

Don Mitchell thought he’d left DMI headquarters behind forever when he fled to South Africa after his dying father chose his younger, inexperienced half brother, Joel, to run the thriving family business. But after three years of self-imposed exile, he has returned to take over DMI at the gentle urging of beautiful Abigail, who was once his father’s assistant. His brother, Joel, plagued by a slew of illicit affairs and poor judgment, is plunging the business into ruin, and Don’s plans to secretly assume control of the ministry come into question when his estranged sister refuses to help him. Don must decide whether to face down his power-hungry brother to save the ministry his father worked so hard to build—and take a chance on an unrequited love he never dreamed Abigail would reciprocate—or return to South Africa to find refuge in his own thriving company and the budding romance he left behind. After much soul searching, Don comes to realize that his destiny is inescapable. Patricia Haley’s evocative modern-day interpretation of these popular biblical tales will keep readers riveted until the stunning conclusion.

6. “The Blueprint: A Plan for Living Above Life’s Storms” by Kirk Franklin.

Seven-time Grammy® Award-winning Kirk Franklin did not start out with a “blueprint” for his life. Before the age of four, he and his sister were abandoned by their parents. His sister became a crack addict, but Kirk always knew he had to find another way, even without a positive example to model himself after. Now Kirk provides an inspiring blend of faith and grit, serving up wisdom on provocative topics, including:
•The true definition of manhood
•Why faith that only takes place in a church is dead
•Sex and the responsibilities of parenthood
•What it means to be “Christian moderate with swag” in the 21st century
and more.
The Blueprint takes faith out of the pews and delivers it into the real lives of all who struggle.

I met Kirk Franklin several years ago in Nashville at a gospel music convention, and he was really a down-to-earth, nice man!

7. “Losing My Cool: How a Father’s Love and 15,000 Books Beat Hip-Hop Culture” by Thomas Chatterton Williams.

A pitch-perfect account of how hip-hop culture drew in the author and how his father drew him out again-with love, perseverance, and fifteen thousand books.

Williams is the first of his generation to measure the seductive power of hip-hop against its restrictive worldview, which ultimately leaves those who live it powerless. Losing My Cool portrays the allure and the danger of hip-hop culture like no book has before. Even more remarkably, Williams evokes the subtle salvation that literature offers and recounts with breathtaking clarity a burgeoning bond between father and son.

Most of the music that is being passed off as hip-hop today is really just the soundtrack for what appears to be a slow genocide of our young black men and women…Maybe I’m just getting old…At any rate, this book is so necessary…

So what are you reading this summer? Let me know because I can never read enough books…And hopefully one day, I will join the ranks as a published book author 🙂

Below is the trailer for Chicki Brown’s book. Check it out…