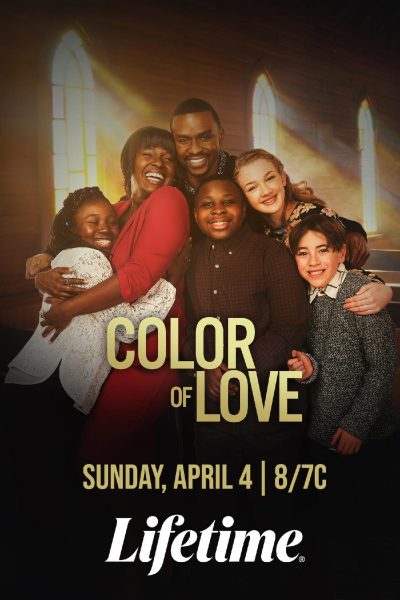 Deborah Joy Winans, formerly Charity Greenleaf of OWN Greenleaf, has been booked for several acting/hosting roles lately! Good for her! And here’s another one: Color of Love. Below is the synopsis:

Inspired by a true story, Color of Love follows Monica Henderson (Winans), an African American widow with two kids who has so much love to give, she often fosters children who need a home. When she finds out that Peter and Rachel, the white brother and sister she fostered twice before, fled from their latest foster home, she takes them in again. Fearing the kids are in danger of slipping through the cracks of a flawed system, she begins the process of adopting them. Despite Monica’s mother and her boyfriend Theo’s beliefs that Peter and Rachel may be better off with a white family, Monica’s love for the kids puts the question of what makes a family to the test. (Think reverse Blind Side.)
Watch Color of Love on Lifetime on Easter Sunday, April 4, at 8PM ET/PT.
Below is the trailer:
Color of Love is produced by Reel One in association with Lifetime. Executive producers include Tamara Bass, Suzanne Chapman, Tom Berry and Barbara Fisher. Don McBrearty directs from a script by Tamara Bass.
Any thoughts?