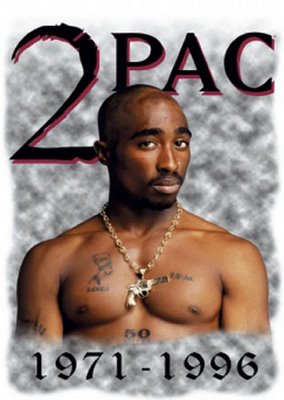 As each person answered the question, I wondered what I was going to say when he finally got to me. By the time he looked at me, I still had nothing to say, so I asked him a question.
“What do you mean by ‘searched for your whole life,'” I said, hoping to deflect the question.
“What do you think it means,” he retorted.
“Hmm,” I said before I answered. “Well, if you mean, what have I been interested in for most of my life, I can tell you that,” I offered. “I don’t know if I have been necessarily searching for anything my whole life.”
“Okay,” he said.
“Well, when I was six years old or so, I knew that I wanted to be writer,” I said. “Shortly after that, I liked this little boy in my first grade class named ‘Jimmy,’ and I knew from then on that I liked boys too. And after I graduated college, I became interested in God.”
Everyone chuckled! Yeah, I’m an amateur, very amateur, comedian!

So there you have it. Writing, Boys & God. Even today and to my sometime dismay, I find myself thinking about one of those three categories, if you will, most of the time. (You’re probably laughing or at least smiling as you read this. Hopefully…)

But the really funny thing is because God is God and He is all knowing, He knew how to get my attention in 1996 when I decided to rededicate my life to Jesus Christ just after graduating from college. He managed to combine all three of my loves to solidify my seedling faith. Shortly after my altar call experience (you can read about my experience on the What page of this blog. Check the excerpt link. ), Tupac Shakur, the best rapper ever, was shot on my birthday. (I still have a life-sized poster of him in my office. The image of which appears in this post!) Tragically, about a week later, he died. I decided I wanted to write a novel based on the life of the rapper, but I realized that I knew very little about the history of rap and hip hop. A friend of mine introduced me to a friend of his who was virtually a walking encyclopedia about rap and hip hop. At a downtown Atlanta coffeehouse one night, we discussed the history of rap and hip hop while I took notes. And although I was listening to him, I couldn’t help but notice his milk chocolate skin,  curly black hair and deep voice. And later in the conversation, I discovered he was a Christian – and a real one at that – like my parents even. I mean he actually read the Bible, prayed, submitted his life to God and went to church on a regular basis. Yep, I had a big ole crush by the end of the night.

And while we were never “boyfriend and girlfriend,” we went out on a few dates. During those dates, he got his “witness” on, and we discussed what having a personal relationship with God looked like, how to pray and have a regular devotional time, and how to be a cool Christian. I was so gone! (That means, I was really diggin’ him for real!”) My parents were amazed to find me at the kitchen table reading the Bible from time to time when I used to sleep through the sermons at church almost each and every Sunday for years- little did they know that I was reading up to debate scripture on dates! I was still living at home then.)

Eventually though, he went on a “woman fast” and decided to stop going on dates with several women, including me, for a while. (Okay, I really thought he was just riding with me, but that’s another story for another day.) However, we remained cordial, and he took me to a Christian hip hop convention, CRU-VENTION ’97, where I discovered that he wasn’t the only man out there who was cute, had swagger and actually sold out to Jesus Christ! It was crazy. And I decided then, that I could really follow Jesus – no turning back, no turning back (A take off on the hymn “I Have Decided to Follow Jesus.”)

This story, in its more descriptive and eloquent entirety, is told in the chapter, “God Can Speak Through Cute Boys” in the book “After the Altar Call: A Young Black Woman’s Journey of Faith.” You can read it once the book is published. Again, does anyone have the hook up?

8 thoughts on “God Can Speak Through Cute Boys – The Post, Not the Chapter!”