What the bizness? (Okay, that is my attempt at using the current slang…did I use th 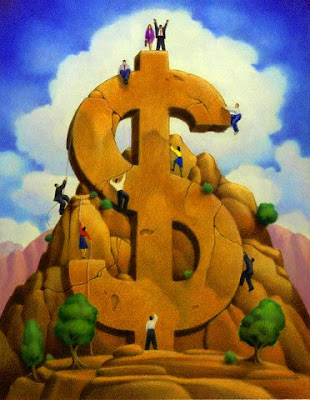 at term right? I am 35 now for goodness sake.) So as of yesterday, I have a financial coach…Before I get into that, let me give you the back story…about a year ago, I started praying for financial prosperity…not the “Oh Lord, Won’t you buy me a Mercedes- Benz” type of prayer, but I realized I needed more ends. Maybe days later, the Lord blessed me with some ends, and I was like “Whoa God, You really workin’ it out fast!” And I started working longer hours at my job, but I still felt like something was missing…

It is a widely accepted stereotype that many journalists are not good with numbers…I cannot vouch for all journalists, but this one right here is not so good with numbers…(Shout out to DKW! You know of which I speak…) And I haven’t learned very much about finances over the years either. My father admitted that he wishes he knew more about finances…I personally know that he did the very best with what he knew, and it was all good…I never knew something could be turned off until I moved out on my own…I won’t tell you how I know, ha,ha…

So over the years, I would buy a finances book here or there, and I have listened to financial guru Clark Howard on the radio and even attended a financial seminar or two, but nothing clicked…I eventually realized that I would have to either work on a one-on-one basis with somebody or take a prolonged class…Both options scared me…I used to have a roommate in college that was diagnosed with “math anxiety.” For whatever reason, the subject of math scared her, and she had to take remedial math classes. My then boyfriend, who majored in statistics, didn’t have any sympathy for her. He said, “That’s just a nice way of saying she’s stupid.” Ain’t that mean? Anyway, back to me, I wasn’t raised to really go after money I guess…But last year, I admitted to myself that I wanted more of it…or at the very least I want to do better with what I have…

So fast forward to yesterday, I think my new financial coach is the answer to my prayer…I think she will help me to learn to effectively manage my money…and I like her philosophy…She is like it’s not what you make; it’s what you keep…Amen…So I, being the Jamaican that I am or the Jamerican depending on whom you are talking too, do have side hustles…I freelance write, I teach fitness classes, I do market research….But my new coach says I still need to beef up my income so I can build up my savings and fund some much needed, expensive home improvement work.  She said the whole multiple streams of income strategy works for her, and she said she uses all of her God-given talents to bring in those multiple checks…I asked her what can I do to bring in more checks. She told me that I need to ask God, and I will get an answer…But it’s all so scary…And I really don’t want to get a part-time job. I just don’t think I could fit it in my already jam-packed schedule. A friend told me that to supplement her income as a teacher years ago, she delivered papers in the wee hours of the morning before she had to go to work. On another part-time job, she pretty much babysat mentally ill adults on the weekends…

So all of this talk about using your God-given talents reminds me of “The Parable of the Talents” in Matthew 25:14-30.

14The kingdom is also like what happened when a man went away and put his three servants in charge of all he owned. 15The man knew what each servant could do. So he handed five thousand coins to the first servant, two thousand to the second, and one thousand to the third. Then he left the country. 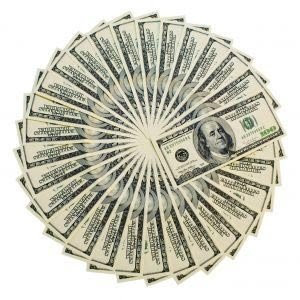 24The servant who had been given one thousand coins then came in and said, “Sir, I know that you are hard to get along with. You harvest what you don’t plant and gather crops where you haven’t scattered seed. 25I was frightened and went out and hid your money in the ground. Here is every single coin!”

26The master of the servant told him, “You are lazy and good-for-nothing! You know that I harvest what I don’t plant and gather crops where I haven’t scattered seed. 27You could have at least put my money in the bank, so that I could have earned interest on it.”

28Then the master said, “Now your money will be taken away and given to the servant with ten thousand coins! 29Everyone who has something will be given more, and they will have more than enough. But everything will be taken from those who don’t have anything. 30You are a worthless servant, and you will be thrown out into the dark where people will cry and grit their teeth in pain.”

I don’t want to be like the third servant…I may only have one talent, but if I work hard, it will multiply…that’s what’s in the Word. And goodness, I think we all could use a little multiplication in these times…So do y’all have any ideas about appropriate side hustles for me? Or should I just walk myself up to my local mall and work at one of the stores…What do you do when you want to supplement your income? Goodness, I hope I’m not tellin’ tooo much of my bizness…

P.S. I really want to post Rick Ross’ video for “Hustlin,'” but some of y’all may be offended…wouldn’t want to do that… 🙂

Instead, I took it back to the old school…

13 thoughts on “Use What You Got To Get What You Want…aka Side Hustlers Unite!!!”