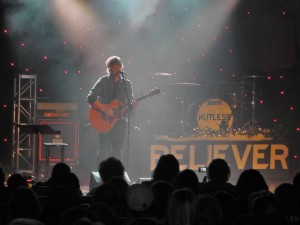 Wow, in 11 more days, July will be a wrap! Hard to believe that the days are summer ticking by so swiftly…So I hope we are enjoying our summer while we can :).

So on to today’s post…I was intrigued when I came across this article “Young Pastor Voted Out By Veteran Members Of Historic Baptist Church In Philadelphia” by Cherri Gregg on CBS Philly’s website. According the reporter, with a vote of 221 to 166, long-time members of historic Zion Baptist Church in North Philadelphia fired Reverend A. Carl Prince after he had only been at the church for two years. Prince was hired to help the church, which is 132 years old, grow, but instead what the church got was “months of disagreements.” In fact, in a deacon’s report, Prince was referred to as ‘”ineffective’ and saying he had a ‘domineering spirit’ and does not ‘model The Good Shepard.'”

Apparently, Prince did not agree with the assessment of the church and filed a lawsuit! His attorney Rosalind Plummer said Prince was fired for asking the church for an audit of the church’s finances! Rev. Terrence Griffith, offered more insight as to why this rift may have occurred. “The older members will tell you, this is my church. They say, “you just got here and you’re trying to change things around,'” says Griffith, pastor of the historic First African Baptist Church and leader of the Black Clergy of Philadelphia. Griffith went on to say that “a lot of churches are dying because they really cannot keep up with the times. Younger, more progressive pastors are going to change things in a way that attract younger people. That is how older churches survive.”

So here are my questions for you today: Which side are you on? The side of the young pastor or the old church? Do churches have to adapt to current cultural practices or die?

I think think there is room for young and old practices in a church. For example, I love the 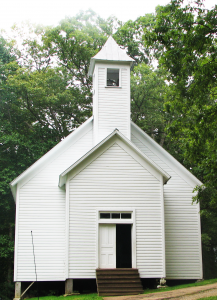 It seems like a lot of churches don’t sing hymns anymore either. While I don’t think hymns should dominate the praise and worship portion of the service, I think every church should incorporate hymns from time to time because they are beautifully written and connect us with Christians of the past.

However, I also appreciate new practices in the church. I think the casual dress code of some churches is a way to attract more people. While I will always don my “Sunday Best,” when I step into a church, I don’t think people should be turned away because they want to wear jeans.

I also think that churches should respond to the community in which they inhabit. For some churches that may mean incorporating a variety of new ministries or ways of thinking that appeal to the community. After all in the Bible, Paul says, “I have become all things to all people so that by all possible means I might save some” in 1 Corinthians 9:22.

And while I revere the opinions of older people, I also think that young people are equally as valuable and should not be discounted because of lack of experience. In fact, in 1 Timothy 4:12, it is stated, “Don’t let anyone look down on you because you are young.”