I’m just going to go ahead and say or rather write what is impolite to say and or write. So beggars get on my nerves. I know they shouldn’t because I’m a Christian and all and what Jesus would do is love everyone, particularly beggars on the street asking for money….but I’m not Jesus…I’m despicably human…But Jesus must be convicting me to change my stance on beggars because I swear for the last month beggars been coming out of the woodwork asking me for money EVERYWHERE I go…like God put a beggar hit on me or something…

It (my month-long encounter with beggars everywhere I go that is) all started one night about two weekends before Halloween. I was heading out to a restaurant on Marietta Street to meet some friends as my friends and I were celebrating a friend’s brand new phase in her life that will be unidentified in this public forum…So it’s about 9 p.m. or so and I was a little lost. I drove into the driveway of an apartment complex so that I could turn my car around and go in a different direction. Just as I was about to cross the threshold of the driveway, a woman whose clothes were disheveled and hair was askew rolled toward my window in an electric wheelchair. Being the defensive driver that I am and knowing what she was about to do, I pretended to think that she merely wanted to cross in front of me so I quickly backed up my car as far as I could. That meant that she was forced to either keep rolling or maneuver her wheelchair all the way back to where I was in the driveway waiting for her to do the right thing – keep it moving and let me be on my way without having to consider her solicitation. I chuckled as I recounted the story to my girls a few minutes later. I told them that I didn’t think she was all that needy. I mean she was in an electric wheelchair! They chuckled along with me. But they also told me an electric wheelchair is pretty standard these days so she really could have been in need and I was acting awfully privileged…

So the friend who was being celebrated texted me a few days later about a woman at a gas station asking her for money. Rather than avoid the woman as I did a few days earlier, she allowed the woman to at least pitch her. She told my friend that she was living in her car, but my friend, who was skeptical, politely declined her request. However, as my friend made her way back to her car, she noticed the woman in her car. She was crying and her car seemed to be filled with all of her earthly belongings. My friend went up to the woman’s car, apologized for her initial response and gave her some money. She told me that since this happened a few days after our conversation, she felt it meant something. I agreed especially since I’m supposed to be Christian and all. Instead of shunning beggars on the street asking for money, I would have “good will” toward everybody.

That lasted until a few days later when a beggar in Panda Express asked me for money. Although I had a hole in my stomach, I stopped when the man walked up to me and said he and his son were hungry and could I spare a few dollars. Since we were actually still in the restaurant, I offered to buy him and his son some food at the restaurant. The man told me he son DIDN’T LIKE Chinese food and that money was his preferred method of benevolence. Okay, he didn’t use those words, but that is what he was saying. I was incensed and hungry. I was like, You know what dude, that’s all I have to offer because I have no cash on me – which I didn’t. Obviously, I went back to my original stance. Don’t start none, won’t be none. If I think you’re about to beg for money, I’m going in the opposite direction.

So every Sunday as I go to church, I stop at the corner of Greenbriar Parkway because there is a stoplight there. For a few years now, there are people who are selling copies of the AJC on one side of the intersection, but for the last several months, I noticed a beggar has set up shop on the opposite corner where he asks for money every Sunday morning. I cannot help but think this man has strategically positioned himself on the opposing corner because many people stop there to get their Sunday newspaper which is the issue to get because it is chock full of coupons but I digress…I’m thinking if you can show up to beg every Sunday, why can’t you ask to get a job selling newspapers with the dudes on the other side of the street or show up somewhere else on the regular and work? 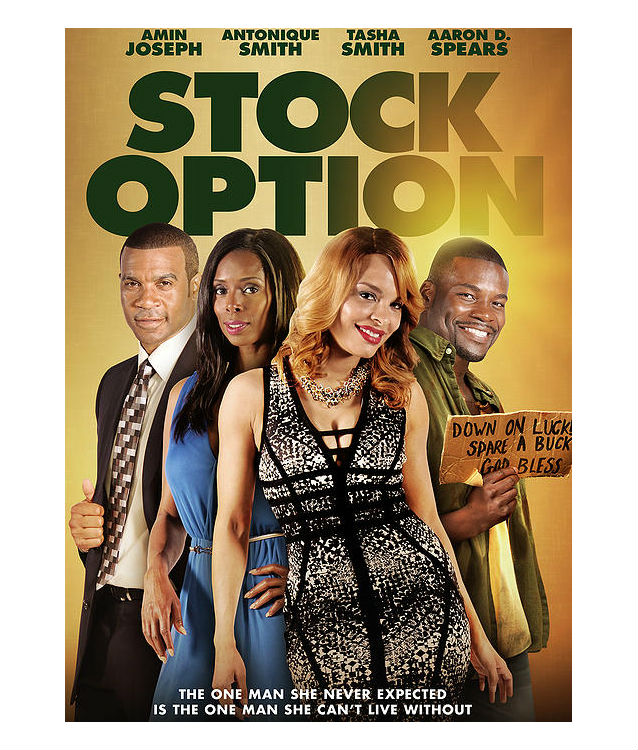 So like two Sundays ago, the pastor speaks about the rich man and Lazarus the beggar and how the rich man even refused to give Lazarus the beggar the crumbs from his table and how the rich man went to Hell and Lazarus the beggar (Why is the rich man not named and Lazarus was named…) went to Heaven…I’m like, Okay, Lord, I hear you but I was trying to give a man some food from Panda Express not crumbs and he turned me down. And then like a week later, I was flipping through channels and came across this sweet movie “Stock Option” on TV One. In this movie, which is set in Atlanta, a model ends up falling in love with this homeless guy who used to beg her for money after he saved her from an attack one night. The homeless guy was actually a former stockbroker who made one bad decision and ended up being on the street as a result. So between Lazarus the beggar and the hot, homeless, former stockbroker guy, I’m like, Okay, Lord, I will be nice to all of your children even the ones begging me for money.

But dang it, if I didn’t have two more encounters with beggars on the street asking me for money that canceled out Lazarus and the hot, homeless stockbroker…On Saturday, I went to an Atlanta Association of Black Journalists meeting where food was served. I wasn’t hungry, but I wrapped up a few of the roll-up sandwiches and took them with me for later. Well, later, I still wasn’t particularly hungry and I didn’t want to leave them in my car so I took them with me as I walked around Little Five Points trying to find some cowry shell earrings. I figured if I saw someone who looked hungry, I could offer my sandwiches. Well, within five minutes of leaving my car, a man sitting on some concrete blocks asks me for money. I told him I didn’t have any cash, but I had these sandwiches if he was hungry. Dude said, and I’m quoting here, “I’m good on food.” Smh…And then on Monday, as I was getting ready to go into a courthouse, man, who was color-coordinated in red from head to toe although his lips were curiously dry and his eyes were wild, asked me for money. I didn’t even listen to his sob story because I’ve been so inundated with beggars lately, I just pulled out my wallet and gave him a dollar. I know that’s not a lot of money but that is a long way from backing up my car as fast as I can to avoid a beggar in an electric wheelchair. So the chapped-lipped and crazy-eyed man said, “Thank you” BEFORE telling me he noticed I had other dollars in my wallet. I’m not playing. I nearly lost my religion.

I say alladat to say, how do you deal with beggars on the street asking for money? Because I can’t deal. But I don’t want to go to Hell.

One thought on “How Do You Deal With Beggars on the Street Asking for Money?”