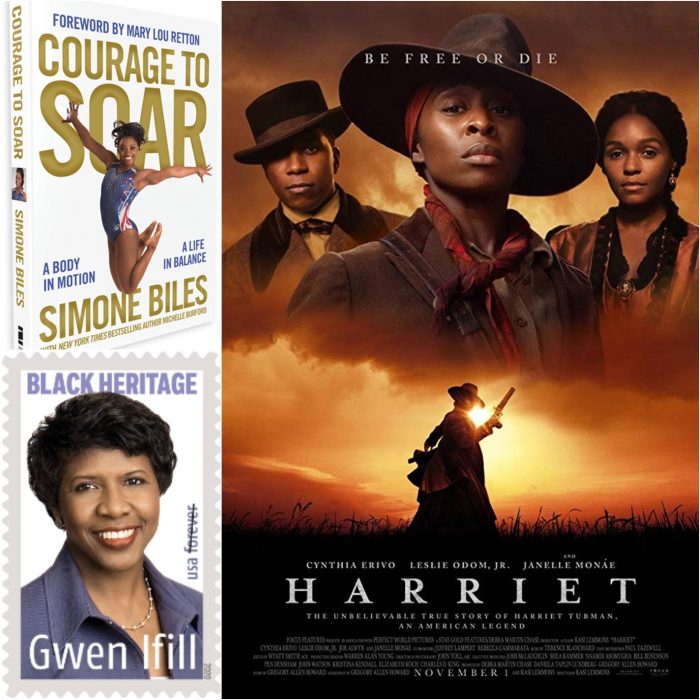 As of today, there is only one month left before my debut novel Destination Wedding will be released. What does that mean? I’m all over the place, but I’m trying to keep it together. I’ll admit I may not keep up with all of my regular blog features, but for today, I’m back with my monthly roundup of blog posts and or magazine articles for black Christian women. Below is my Top 10 monthly roundup of blog posts and or magazine/newspaper articles for black Christian women for October but you don’t have be a black Christian woman to to check them out. As usual, let me know if you like my list! Enjoy and share!

1. “What’s Fact and What’s Fiction in Harriet” by Rachelle Hampton

Excerpt: The fact that Harriet is the first feature-length film to tell the story of one of the most famous women in American history may sound improbable, but it’s no less improbable than many of the facts of her life. The new biopic is mostly true to what we know of the real Harriet Tubman, though writer-director Kasi Lemmons (Eve’s Bayou) and co-writer Gregory Allen Howard (Remember the Titans, Ali) take some considerable liberties with both the timeline of events and the creation of several characters. We consulted biographies, articles, primary sources, and a few contemporary historians so we could break down what’s historical record and what’s artistic license. See more at: slate.com.

2. “Botham Jean’s Brother’s Offer of Forgiveness Went Viral. His Mother’s Calls for Justice Should Too” by Dorena Williamson (Dorena was featured in my last “First Lady Friday,” which I plan to resume after my book launch.)

Excerpt: Brandt’s offer of forgiveness and hug has been shared and praised widely across social media. But many have likely missed footage from the rest of the family, including these words from Botham’s mother, Allison Jean. “Forgiveness for us as Christians is a healing for us, but as my husband said, there are consequences. It does not mean that everything else we have suffered has to go unnoticed,” Mother Allison told the court. See more at: christianitytoday.com.

Excerpt: Simone Biles is the greatest gymnast of our time – or any time in history. She proved that Sunday at the World Championships, where she raked in her 24th and 25th world medals, both gold. Biles, 22, took home five of the six golds to be won in Stuttgart, Germany, winning the top of the podium in team competition, all-around, and vault in addition to floor and beam. (On the uneven bars, she took fifth.) See more at: npr.org.

Excerpt: File this under “empirical proof that mothers are real-life superheroes.” Olympic sprinter Allyson Felix just broke a record held by none other than Usain Bolt…and is if that weren’t enough, consider this: She did it at just 10 months postpartum. Allyson, a US national sprinter, just won her 12th gold medal at the World Championships on Sunday. As of this win, Allyson now holds the record for most gold medals at the track and field world championships, according to CNN. See more at: mother.ly.

Excerpt: The stamp, which was unveiled Tuesday, features a 2008 photo of Ifill with the words “BLACK HERITAGE” at the top and Ifill’s name at the bottom. See more at: pbs.org.

7. “Unholy: Pastor Denied Me Communion Because I Wouldn’t Apologize For Being Pregnant & Unmarried” by Veronica Wells

Excerpt: When my parents brought up the topic of apologizing to the church, the pastor had six sons and three of them had kids out of wedlock at this point. And there were many other people in the church, male and female, who had kids and they were not married. And no one had ever been asked to come in front of the church. It was very targeted. He was in a position where he thought he could prove a point with me. He thought that I was just going to go with it. And I was like, ‘No. They’re only doing this because I am a woman and they’re only doing this because they think that they can control me.’ And I refused to do it. See more at: madamenoire.com. 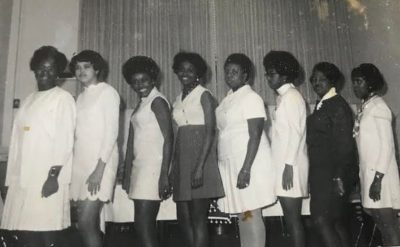 Excerpt: When Helen Butler arrived on the campus of the University of Georgia in the winter of 1967, she had to go searching to find other black students. It was six years after Hamilton Holmes and Charlayne Hunter-Gault integrated the campus, but still fewer than 100 black students attended the school. “My first roommate was white, and I never saw anybody black in any of my classes,” said Butler, the executive director for the Georgia Coalition for the Peoples’ Agenda. “So you had to go to the student center to see someone who looked like you.” See more at ajc.com.

Excerpt:  Laurence Fishburne, the Emmy- and Tony-winning actor who was born in Augusta, told the attendees as a struggling young actor looking for inspiration, he looked at photos of great artists, from Miles Davis to Zora Neale Hurston to Duke Ellington to Norman. “It made me feel connected to something bigger than myself,” Fishburne said, adding that his black-and-white photo of Norman revealed someone energetic, whimsical and vulnerable. “So I am here at the request of Jessye’s family to grieve with you, to say thank you to God for sharing her with us and the world, to celebrate her life, her good words, her accomplishments, and to praise her for using her talents, her gift, her compassion, her intellect to lift all of us up a little higher.” See more at: oanow.com.