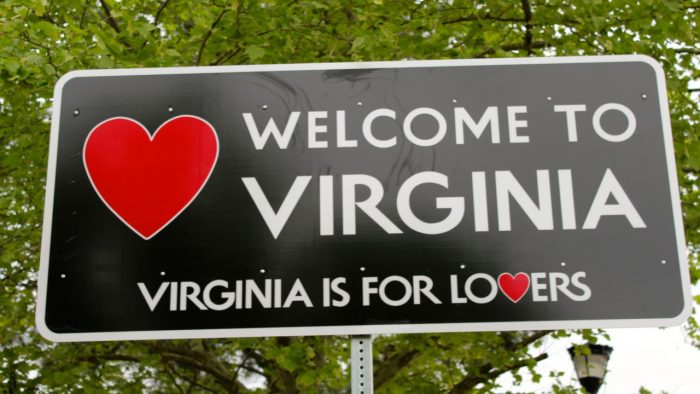 If you would rather not flee fornication, you can flee to Virginia, which is appropos I guess since the tourism and travel slogan is “Virginia is for Lovers.” According to U.S. News & World Report,

Virginia residents can now have consensual premarital sex without the possibility of being charged with a crime and a fine of up to $250.

Democratic Gov. Ralph Northam signed legislation Wednesday repealing the state’s law, which was declared unconstitutional by the Virginia Supreme Court in 2005, that classified fornication as a Class 4 misdemeanor.

“We should not have laws that make most of the population into criminals,” state Del. Mark Levine (D-Alexandria), who introduced the legislation to repeal the former law, told CNN. “Times are very different now than they were in the 17th and 18th centuries.”

“Fornication” is still considered a crime in Idaho. Any unmarried person found guilty of having sex with another unmarried person can be fined up to $300, imprisoned for up to six months or both.

North Carolina’s statute on fornication is a bit more vague: An unmarried man and woman “lewdly and lasciviously” sharing a bed or cohabiting could be sentenced to six days in jail and pay a $1,000 fine.

It’s on the books in Mississippi, too: If a man and woman are found guilty of fornication, they could pay up to $500 each and spend up to six months in county jail.

I think for our own good, we should flee fornication, and I would love for our broader society to reflect biblical standards. However, I also know that not everyone believes as I do, and I have to be respectful of others’ views. So I think that state governments are right to examine these laws again in light of diversified society. What say you?