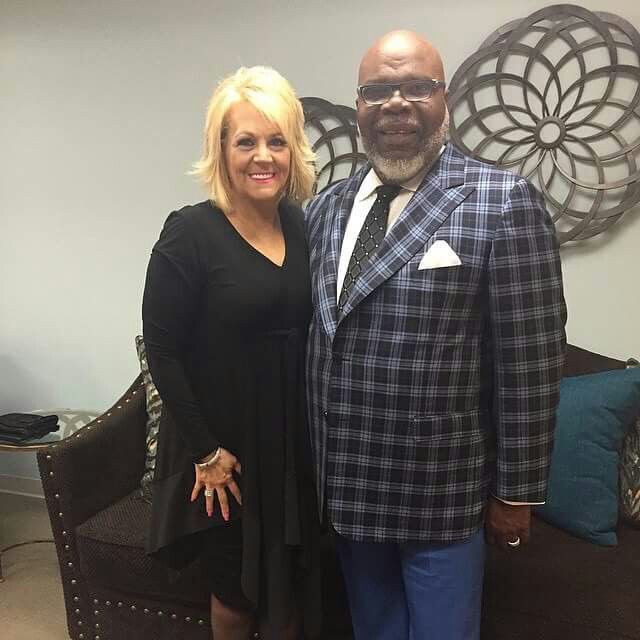 In the wake of the recent killing of George Floyd by a Minneapolis police officer, global spiritual leader and elder statesman Bishop T.D. Jakes is calling for a national conversation on policing and race to be immediately followed by an action plan for police reform.

In a pointed opinion piece published on FoxNews.com, Jakes says now is the time to put in place a response with buy-in from community leaders, clergy, police unions, the U.S. Justice Department and elected officials.

The plan must address longstanding issues like the implementation of de-escalation training and the lack of standardized hiring practices for the nation’s 18,000 police departments. It must also include tough measures such as cutting or eliminating funding for recalcitrant police departments.

“The ongoing demonstrations around the nation offer a glimpse into what the future looks like if nothing is done,” Jakes writes.

“Doing nothing will destroy our society,” adds Jakes, pastor of the 30,000-member The Potter’s House located in Dallas. “Mutual antipathy between police and the black community further exacerbates racial tensions in the country at large. It generates outrage not only domestically but also internationally, making a mockery of our professed commitment to stated ideals of liberty and justice. Further, it gives comfort to our enemies abroad who are eagerly awaiting opportunities to exploit our nation’s biggest Achilles heel: racial strife.”

Jakes says Christians have a moral imperative to take action instead of doing nothing. He quotes the words from the prophet Isaiah: “Learn to do good: seek justice, correct oppression.”

Pastor Sheryl Brady, whom I recently interviewed about her book “Don’t Miss the Moment,” wrote an open letter to President Trump which was published on her Facebook page. Read the letter below. 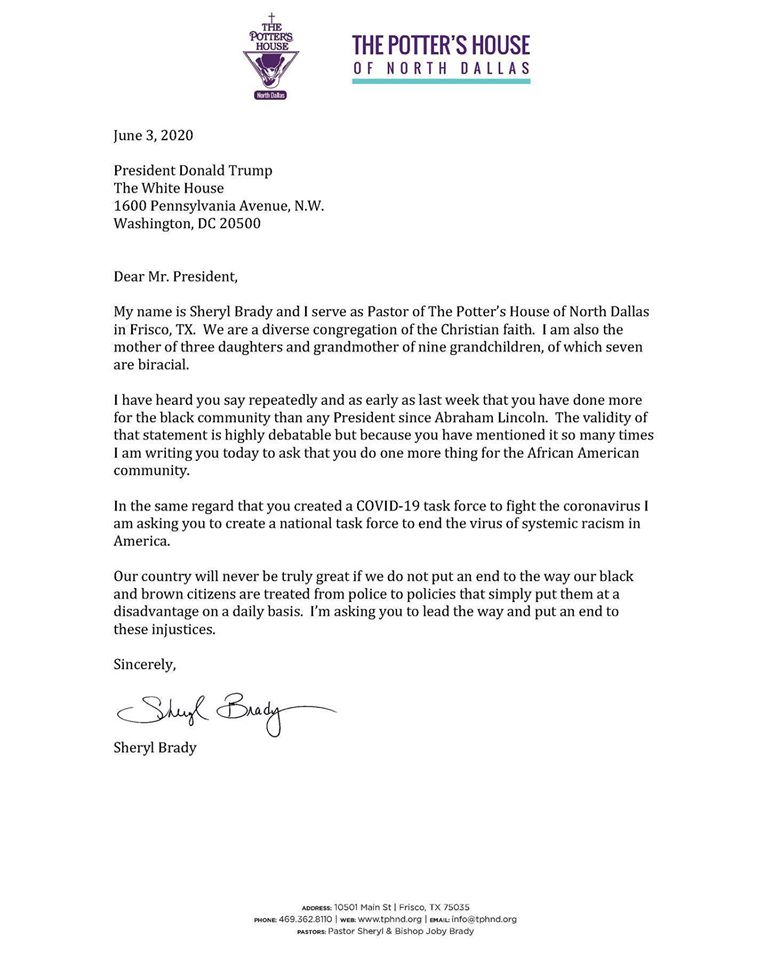