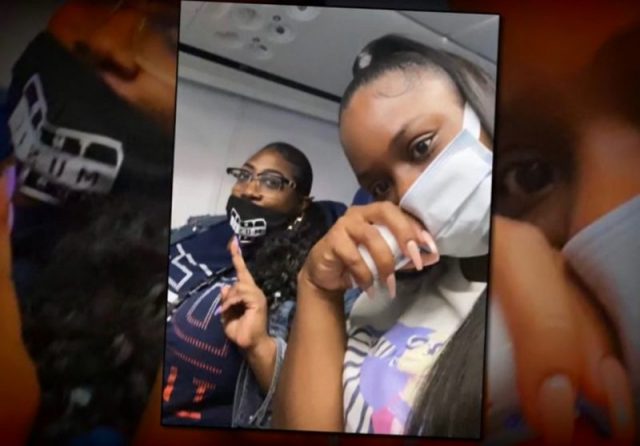 The letter “P” is highlighted in this crazy story about a pastor, a plane and pee! LOL

According to Fox 2 Detroit, “a well-known pastor from North Carolina is accused of relieving himself on a sleeping woman in the backseat of a Delta plane as she returned to Detroit from Las Vegas.

Alicia Beverly had just spent a great time in Vegas and could not wait to get home Monday night. They were on the red-eye flight and pretty much everyone was asleep, including her.

Alicia said she was curled up in a back seat next to her sister when suddenly she woke up to the feeling of being urinated on.

‘It felt warm, like on the side of me I felt something warm,’ she said.

In her sleepy haze, right at eye level, she saw something very unexpected.

‘I jump up and I seen his private area out and I screamed and that woke everybody up,’ Alicia said. ‘By that time I actually looked at him and I see him shake himself off and I’m like this man just peed on me! I looked and there was a puddle of pee in the seats!’

She screamed and got the attention of everyone on the plane, including an off-duty officer who rushed over and restrained the man, a well-known pastor from North Carolina.

According to sources, the pastor had an apparent reaction to a sleep aid.”

Here’s the video of the story.

Read the rest of the story HERE.

Thankfully, I’ve never had to take a sleep aid, but if a sleep aid is that powerful, I would have to have been up for days on days on days before I could take something that could put me in such a state!