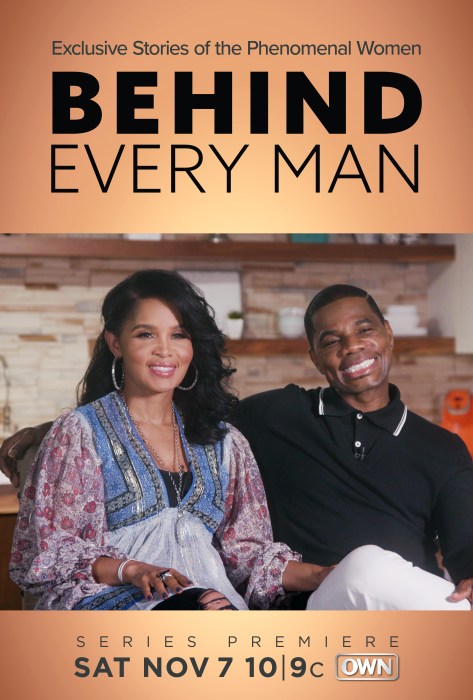 According to Billboard magazine, The Oprah Winfrey Network is taking the phrase “behind every great man is a great woman” to the small screen.

The network unveiled a first look at its heartfelt new series Behind Every Man, which spotlights the strong Black women behind famous men and the passions, struggles and sacrifices the’ve made to support the men they love.

The Carlos King, Jonathan Fountain and Courtney Parker-produced series will kick off on Nov. 7, with Usher‘s mom Jonnetta Patton, his first manager. On Nov. 14, Tammy Franklin will discuss her life-story and her support for husband Kirk Franklin on his road to stardom. The following week, Crystal Smith will talk about her life with husband Ne-Yo, and on Nov. 28, Claudinette Jean will show how she supported husband Wyclef Jean. The series wraps up on Dec. 5, DJ Envy’s wife Gia Casey navigates the adversaries during their nearly 20 years together.

See the trailer below:

Will you watch? I will…