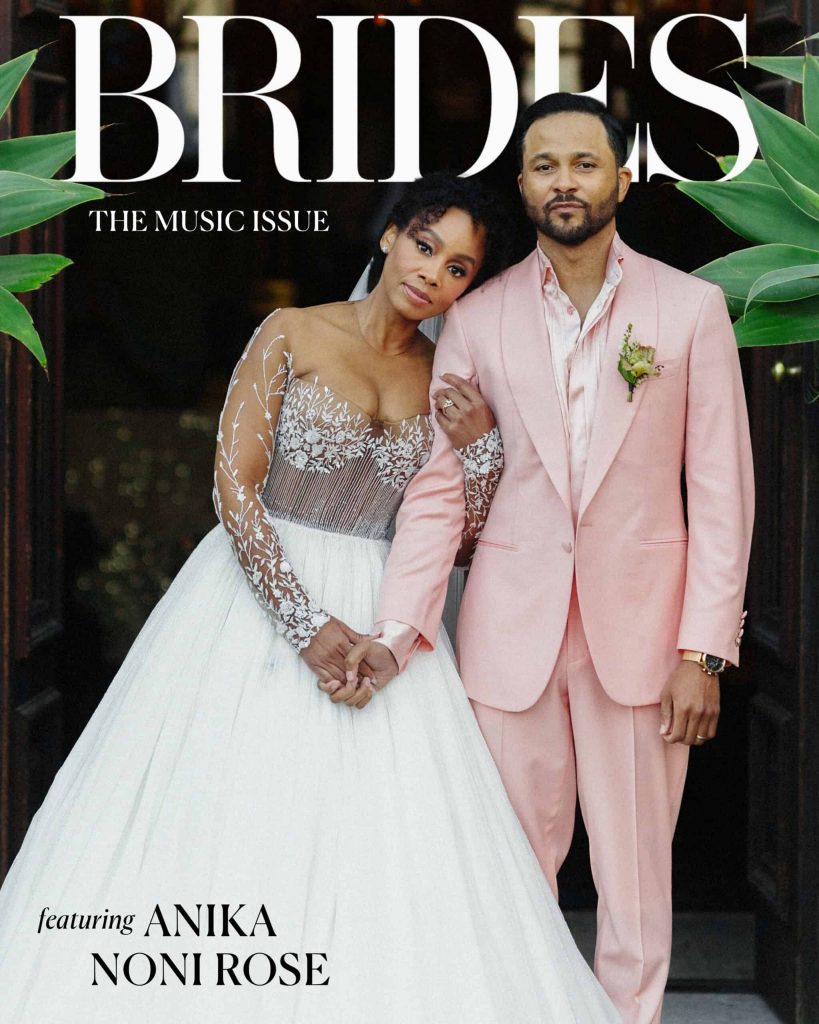 Y’all already know I love love! Who knew that Jason Dirden (one of our faves Basie Skanks from OWN’s Greenleaf) and Anika Noni Rose (Disney’s Princess Tiana) were even dating  and now they have a whole wedding spread in BRIDES magazine! Apparently, they got married back in October AND Deborah Joy Winans (Charity Greenleaf from OWN’s Greenleaf) was one of the bridesmaids! Additionally, Anika Noni Rose is 50 years old so her story is yet another story that proves you’re never too old to fall in love and get married! Check out all of the glorious wedding pics and read about their love story below…

If there’s one thing actress and vocalist Anika Noni Rose knows well, it’s the importance of timing. Whether it’s hitting her marks on stage, holding tempo in a song, perfectly delivering a line in her latest show Let the Right One In, or falling in love, timing matters. Anika first met fellow actor Jason Dirden in 2014 when both were cast in the Broadway production of A Raisin in the Sun. “We were friends for a couple of years, actually,” Anika says, but the timing just wasn’t right. “We both went off and did our own things and were disconnected for a while and then swung back.” A few years later, they had the timing down pat. “It was the right moment for both of us to be open and available for the possibility of what we have now,” Jason explains. Read the rest HERE…

May their union be blessed… 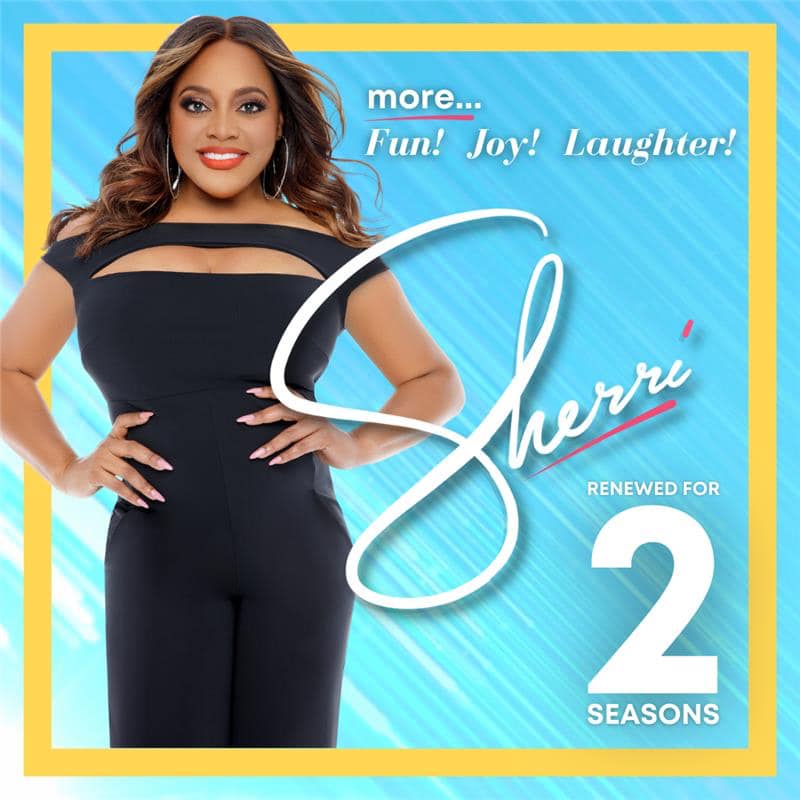 My favorite Christian celebrity, Sherri Shepherd, who graciously allowed me to interview her for my first book, has a reason to celebrate in the new year! Her eponymous talk show “Sherri” has been renewed for TWO more seasons! In her excitement, Sherri told her audience members, “…Jawn [the show’s executive producer], we’ve been through a lot in this journey, in what we wanted to do and accomplish. And the fact that it is happening and the fact that, I just have to say, for those of you, I get emotional, for those of you who feel like nobody is seeing me, nobody is hearing me, but I have so much to give and you feel like it may be too late because you have so much to give, God has not forgotten you. He has not forgotten about you.”

I receive that inspirational message Sherri!

Additionally, Sherri detailed what Oprah said to her when she called to congratulate her! See for yourself below!

Shepherd added, “I am so appreciative that Fox and Debmar-Mercury have partnered with me to continue bringing more laughter, joy and inspiration to my audience.”

“We initially sold Sherri for one year based on our strong belief that this extraordinarily talented host would be successful and her show would become a long-term talk franchise,” Debmar-Mercury Co-Presidents Ira Bernstein and Mort Marcus said. “Our thanks go to our good friends and longtime partners at FOX, who shared in our enthusiasm and have renewed their faith in Sherri with this long-term commitment.”

Congratulations to Sherri!!! I believe this is Sherri’s season to reap what she has sown. Legendary journalist Barbara Walters (RIP) truly laid the foundation for Sherri and for others to shine… 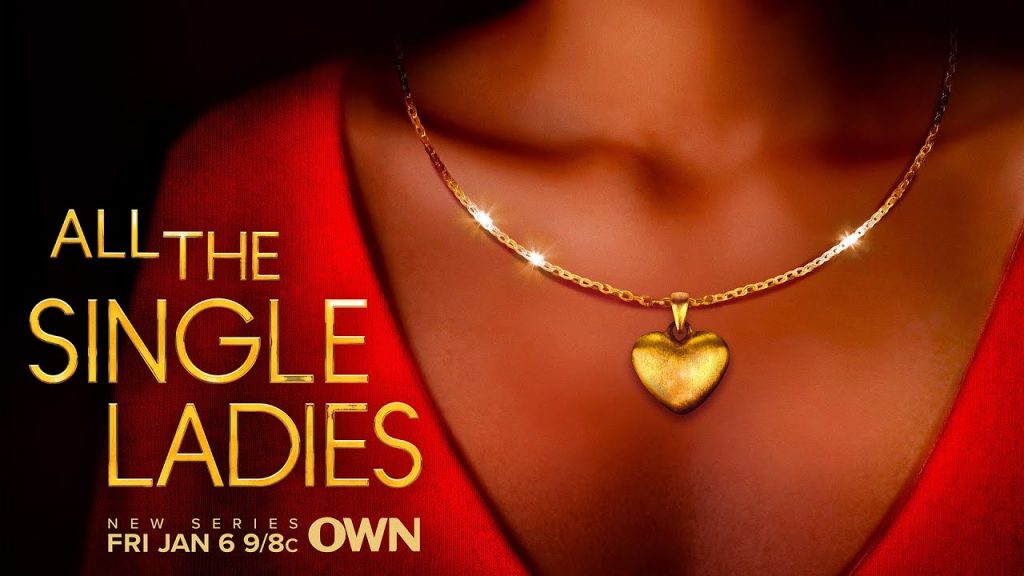 I’m BAACCCKKKK! Have you missed me? I hope so…I’m hoping you will still rock me as I attempt to get started in the new year after another long break. Why have you been away, you ask? I was working on a ginormous freelance project that took all of my extra attention outside of my job, family life and other regular responsibilities. And as I said in my blog description, “I typically blog on Sundays and Wednesdays (to coincide with Sunday Morning Church Service and Wednesday Night Bible Study), but sometimes I may post more or less depending on what is going on in my life… If God can be patient with me, I hope you can too!”

So here we go…

OWN (Oprah Winfrey, baby) never fails to captivate me with its programming and the network is starting off 2023 with a show that will keep my attention every week! Since I wrote a whole novel about single black women, it is a no brainer that I love that OWN’s new show “All The Single Ladies,” which endeavors to provide a provocative view of intimacy and dating in the modern world from the perspective of black women across the nation. The unscripted series debuted on Friday, January 6 at 9pm ET/PT, and new episodes will debut every Friday night concurrently on both OWN and Discovery+.

Each episode will feature four black women of various ages and relationship statuses sitting down to explore a different topic. The conversations will sometimes be comedic and at other times will be heartbreaking, but they will always be real, authentic and heartfelt with the common goal of finding and wanting love. Below is the trailer:

I watched the first episode entitled Side Chicks which featured Crystal, a 42-year-old healthcare industry professional; Jameela, a 42-year-old marketing executive; Nicole, a 43-year-old public health professional; and Stephanie, a 42-year-old marketing director. I loved that the women are in their 40s so they spoke with maturity in the interview format of the show. Additionally, I loved that while the women are attractive, they are not the usual “baddies” that you see on television. They are normal looking women without a lot of accoutrements, if that makes sense. And they had different body types as well. Also, I appreciated that while each of the women served drama i.e. how side chicks derailed their relationships, it was not over-the-top drama that drives much of fake reality television.

Crystal married a guy who was 10 years younger than she was and the guy kept dating like he was still still single. Scandalous! Jameela ended up dating a dude who got her and another woman pregnant at the same time and she referred to the babies as “ghetto twins!” Ha! Nicole received anonymous letters detailing her man’s cheating and till this day she doesn’t know who sent the letters to her. Scary! Stephanie was with her man for three years before he ended a marriage proposal to her with the word “Pysch!” and she kept seeing him afterward. Confusing! Another aspect of the show that I appreciated was how the women spoke about how their upbringings may have affected their dating lives AND they took responsibility for their part in the situations although these men were mostly at fault in my estimation…

Below is an official episode description followed by a few clips from the show and descriptions of the remaining episodes:

Side Chicks – Imagine being pregnant and newly married, only to find out the father of your child has been cheating? Or realizing your long-term boyfriend lives a separate life with someone else? Or seeing on social media that your boyfriend has gotten his ex-wife pregnant? After learning their partners have been unfaithful, four women must make painful choices about their relationships. Below are a few clips from the first episode…

The Swirl Life – When a study abroad trip quickly turns into an interracial, international love affair, a TV reporter discovers that being color blind is no longer the goal. After blind dating online for five years with a man from a different race, a dietician finally meets her boyfriend. A black woman from Compton dates a white man from Malibu. A writer in the coast guard lands her first kiss at 26, leading to a relationship that forces her to make hard decisions about her future.

Why Women Cheat – We often hear about men cheating, but what about women? Four women share their personal journeys from commitment to infidelity and finally, to peace of mind.

Raised By Religion – A teacher confronts her sexual identity, a stand-up comic tolerates an unfaithful husband and two preachers’ daughters rebel against their upbringings. This episode follows four women’s journeys as they break the rules, challenge their religious beliefs and search for true love.

Bad Boys – Four women — a massage therapist, a treatment counselor, a baker and a musician – talk about their past relationships with fast-talking charmers who turned out to be toxic. The women share their tough decisions in an episode that explores relationship illusions, the fear of being alone and personal self-worth.

What Just Happened? – A nurse is blindsided by her husband’s homosexuality, a court liaison reevaluates her long-term relationship with a cheating boyfriend, a writer’s world is turned upside down when the man of her dreams becomes abusive, and an entrepreneur is ghosted by the man she loves. In this emotional episode, four women tell their stories of infatuation, heartbreak and rebirth.

Sexual Awakenings – A comedian attempts to find love with a man before finally embracing her sexuality as a lesbian; a flight attendant finds her own sexual sweet spots after a sexless relationship with a preacher; a chef finds love after a Hot Girl Summer turns into an Auntie Spring; and a seasoned writer finds fulfillment through long-distance sexting.

Red Flags –  Through laughter and a few tears, an educator, a comedian, a business executive and a medical professional talk about their hard-earned lessons after ignoring the red flags in their previous relationships.

Now, what is confusing to me is that while all of the press materials have stated that the show debuted on Friday, the episode Red Flags, which is supposed to be the final episode, already aired. At any rate, if you would like to watch Side Chicks and Red Flags, you can go to oprah.com

And forgive me for going here, but it is my blog…LOL…If you ALSO like to read about single black women and drama, please check out my aforementioned novel Destination Wedding. In fact, the Griffin Area Alumnae Chapter of Delta Sigma Theta Sorority Incorporated (my beloved sorority) is currently reading it in a four-meeting, online Book Chat Series. The second meeting was Friday, but there are two additional meetings that will be held in February and March. In other words, there is still time to read the novel and get caught up! 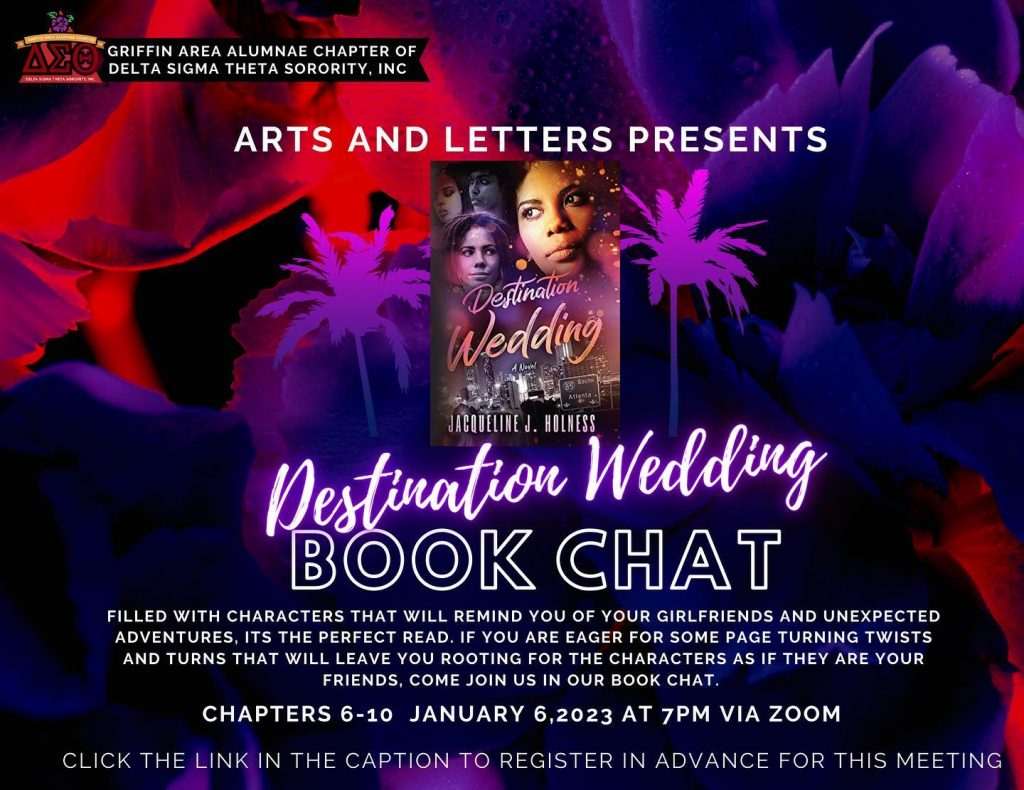 To register for this open Book Chat Series, which is on Zoom, click HERE!

Finally, because I do love relationship drama (if it is not my own LOL), I will be watching Prince Harry tonight at 7:30 on “60 Minutes” on CBS! He did not just leave the monarchy. He is torching the joint! Below is a clip from the interview!