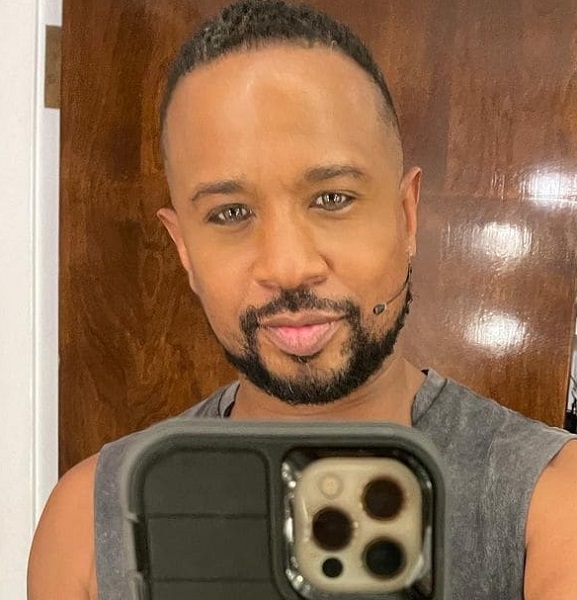 I hope you enjoyed celebrating Thanksgiving with your family, friends and loved ones! I certainly did especially as I have so much to be thankful for this year…

Now that we have officially entered into the Christmas season, it is important to remember that Jesus is still and will forever be the reason for the season. And though Easter is still many months away, it’s also important to remember that the forgiveness offered by Jesus is available any time of the year but the Christmas season is a poignant time to remember this priceless truth. James Beeks, who portrayed “Judas” in the U.S. tour of the popular musical Jesus Christ Superstar, needs to call on Jesus because dude is in some trouble. According to the U.S. Department of Justice, 49-year-old James Beeks was arrested last week “related to the breach of the U.S. Capitol on Jan. 6, which disrupted a joint session of the U.S. Congress that was in the process of ascertaining and counting the electoral votes related to the presidential election.”

“According to court documents, Beeks joined with others to forcibly enter the Capitol on Jan. 6 and obstruct the Congressional proceeding occurring that day. At about 2:30 p.m., a group of Oath Keeper members and affiliates marched in ‘stack’ formation into the Capitol grounds and then up the east steps of the Capitol to the area outside of the Rotunda doors. Beeks was part of a mob of people, including some who attacked law enforcement. At 2:38 pm., the doors were breached, and the group stormed into the Capitol. Once inside the Capitol, the group split up. Half of them, including Beeks, tried to push their way through a line of law enforcement officers guarding a hallway that led to the Senate chamber. Law enforcement forcibly repelled their advance. Beeks and others with him regrouped in the Rotunda and then left the building at approximately 3:04 p.m.

Prior to the confrontation, Beeks joined with a group of Oath Keepers while walking from the Ellipse to the Capitol. Unlike the camouflage-combat attire of many individuals in the group, he was wearing a Michael Jackson ‘BAD’ world tour jacket and a black helmet, and he was carrying what appeared to be a homemade black shield.” (Isn’t that wild about the “BAD” jacket?!)

According to The Daily Beast, Beeks who is also known as James T. Justis, is “a musical theater actor with multiple Broadway credits.”

Again, isn’t that wild? Do you think it was the spirit of Judas that caused James Beeks to allegedly betray the country in such a way?  And I aine gon’ lie. His light eyes make him look kinda scary or is that just me? But they may be contacts because in some pictures I have seen of him, he has dark eyes…Anywho…