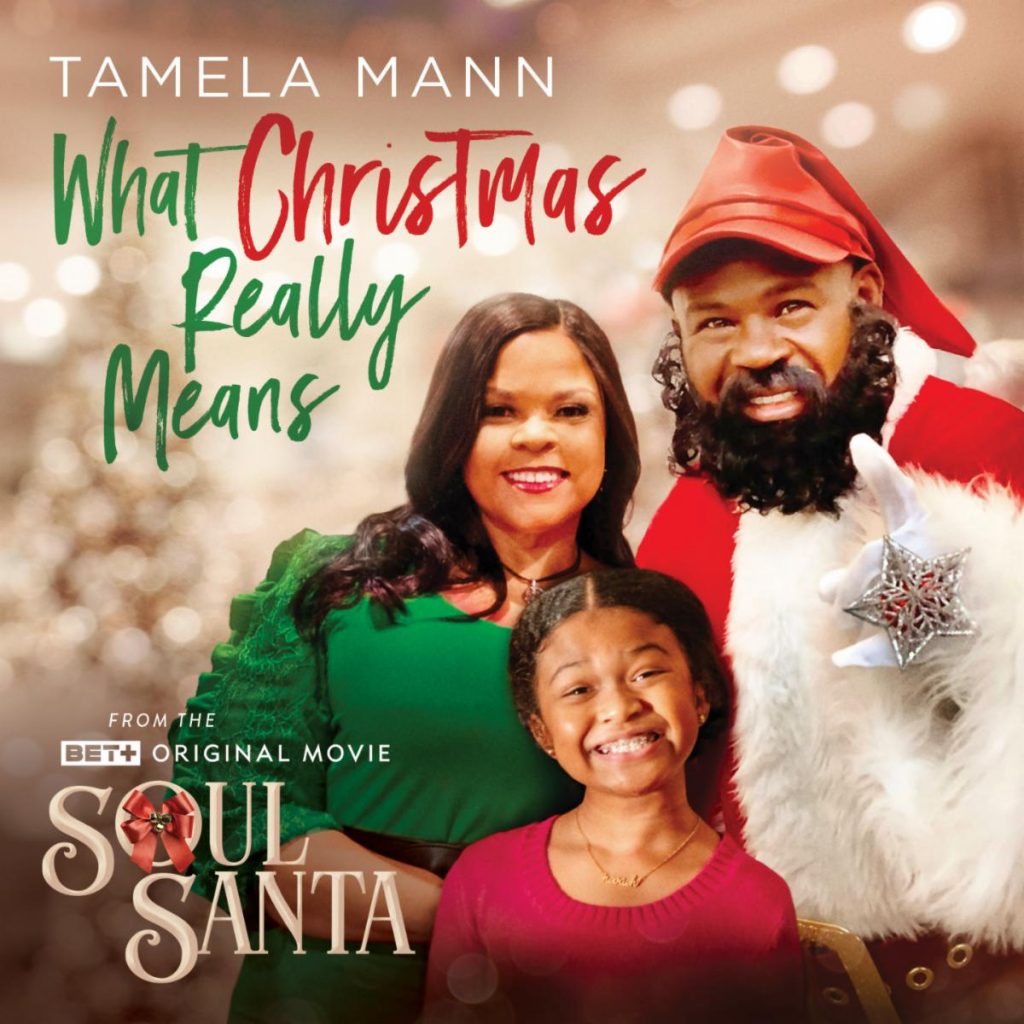 Tamela Mann makes millions laugh on the big and small screen while enjoying a unique personal double blessing. The high-spirited, multi-talented singer and actress, who plays an executive for a struggling shopping mall where Santa Claus is the disguise of a businessman in trouble with the mob’s money — was also able to work on set every day with husband, David Mann. And even as she has entertained audiences with her acting over the years, Tamela has never strayed far from her first love of singing. When given the opportunity to co-write and perform the film’s featured Christmas song, she was honored to make the contribution of “What Christmas Really Means.”

“I’m so excited to share my first Christmas single because this is a very special season for me,” says Tamela. “For many it’s the most wonderful time of the year, while for others it can be a challenging time. My hope is that this song encourages people to reach out to friends and family and enjoy being together this year.”

Tamela has always created art that encourages people and draws them closer to the Lord. Her hit-laden music career includes such memorable songs as “Change Me,” “God Provides” and the unforgettable, Platinum-selling classic, “Take Me to the King.” Tamela has earned numerous accolades. In addition to scoring a Grammy®, she is also a BET Award® winner, Billboard® Music Award winner, Gospel Music Stellar® Award winner and multiple NAACP® Image Award and GMA Dove® Award recipient.