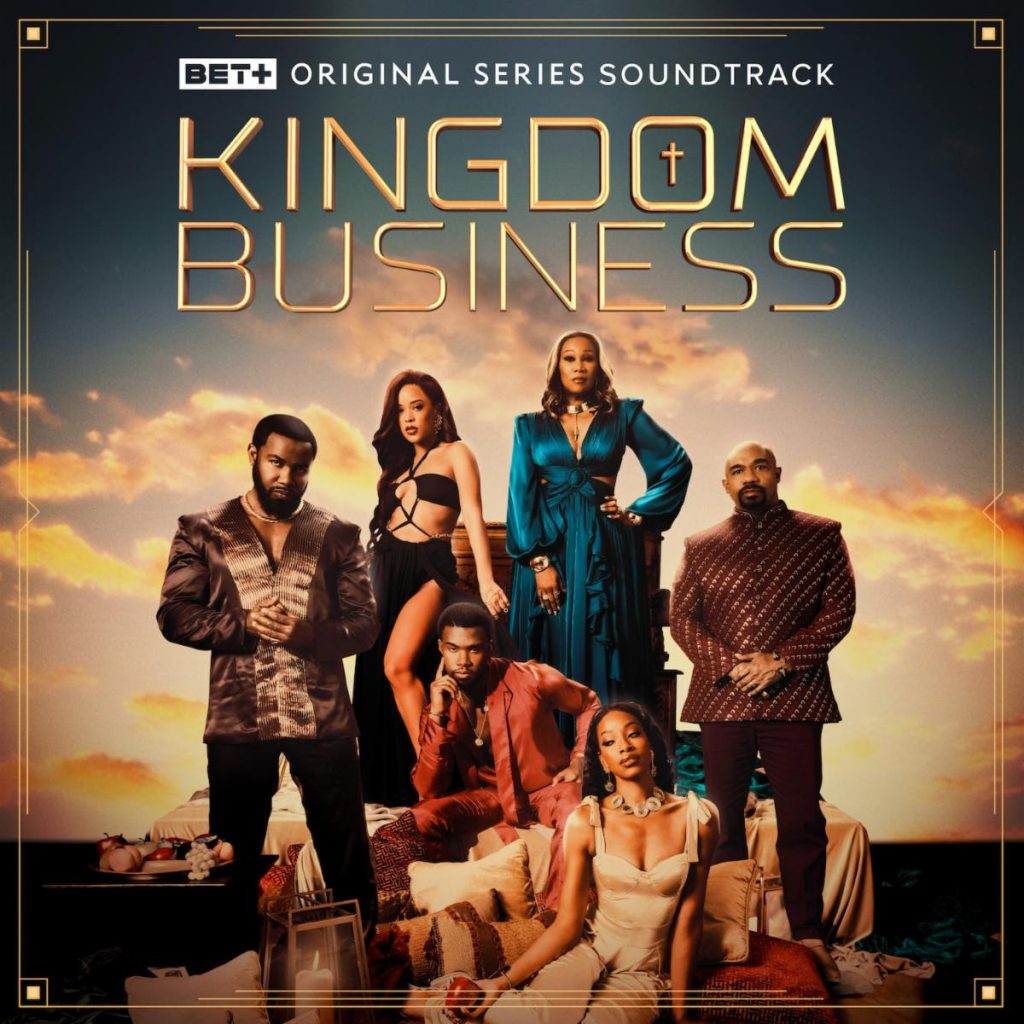 Making its debut alongside the soundtrack is the album’s powerful first single, Dear God featuring Serayah and its accompanying video. In addition to Dear God, the Kingdom Business: Season 1 Soundtrack features twelve more dynamic tracks by superstar Gospel and Inspirational artists including Yolanda Adams, Serayah, Chandler Moore, Koryn Hawthorne and Ahjah Walls of The Walls Group. All of the songs on Kingdom Business: Season 1 were written by legendary, award-winning hit-makers Kirk Franklin and Warryn Campbell. Franklin also serves as one of the series’ executive producers.

Brought to the small screen by the series’ creators and showrunners, Kerry Lenhart and John J. Sakmar and executive producers, DeVon Franklin, Holly Carter, Kirk Franklin, Michael Van Dyck, Kerry Lenhart, John J. Sakmar and Keesha Brickhouse, Kingdom Business provides audiences with an in-depth look into the world of the Gospel music industry, which is as complex and riddled with conflict, money and fame as it is with faith. The series stars Yolanda Adams, Serayah, Chaundre A. Hall-Broomfield, Michael Jai White and Michael Beach.

Kingdom Business: Season 1 is available now on all major digital streaming platforms (https://KingdomMusicSoundtrack.lnk.to/AlbumPR) and all eight episodes of Kingdom Business, the series, are streaming on BET+.

1. One Moment from Glory – Yolanda Adams

9. Jesus Can Work It Out – Yolanda Adams

Listen to Dear God by Serayah below!