On Wednesday night, I was blessed to attend a screening of the new GMC TV film “A Cross to Bear” at Midtown Arts Cinema. Based on an original screenplay written by Cas Sigers Beedles and Terri J. Vaughn (Remember Lovita Alizé Jenkins-Robinson from “The Steve Harvey Show” back in the day?), director-actor Kim Fields returns to the front of the camera in a heartwarming story of redemption.

I must admit I was expecting a kind of cheesy, melodramatic,  fluffy film, but I was truly taken in by the film. And judging by the audience that I sat with, I was not the only one inspired. A woman behind me cried throughout the screening, and a young woman in front of me swayed and cooed at the tender love story that was a subplot in the film.  The movie will air on GMC TV tomorrow (Feb. 18) at 7 p.m. EST with encore telecasts at 9 p.m. and 11 p.m. 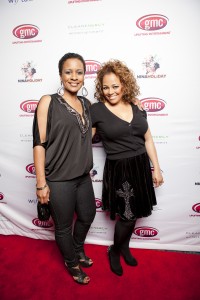 “A Cross to Bear” tells the unflinching and inspiring story of Erica Moses, a would-be dancer with no family connections who finds herself fighting alcoholism and living on the streets with her newborn child after being left by her boyfriend. One ill-fated night, she takes refuge from the cold in an empty building with a handful of other homeless people and her life is shattered. Traumatized and now living at the home of Joan (who is portrayed by Fields), a former nurse who has dedicated her life to helping woman like Erica and other women in transition get back on their feet. As the cause of Erica’s personal hell is revealed, slowly, with the help of Joan’s unique brand of tough love and the friendship of Tina, a former crack baby who also lives in Joan’s house, and the guidance of other women who have found new beginnings at Joan’s House, Erica finds the will to live and learns the redemptive power of forgiveness.

I was able to speak to some of the actors in the film, many of whom will be making their television debut such as Danielle Deadwyler, whose stage credits include a performance in Kenny Leon’s True Colors Theatre productions of “for colored girls who have considered suicide when the rainbow is enough” and “The Colored Museum” under the direction of Jasmine Guy, portrayed Erica Moses. Deadwyler, who grew up in Capitol View Homes, attended Grady High School and graduated from Spelman College, identifed with Erica’s struggle to escape her circumstances and achieve her dreams. (And the film was shot in the A!)

“If you are steadfast, do the work, continuously, your dreams will manifest,” said Deadwyler.

A critical scene at the beginning of the film shows Erica as a child watching her mother, who seems to be an alcoholic, use her feminine wiles to secure the money and affection of a man despite the cost to her self-esteem and her child. Years later, Erica has not learned from her mother’s mistakes and finds herself in a similar precarious position.

When the film was originally conceived about six years ago, Vaughn was slated to portray Erica. However, once the film was backed by GMC TV after years of false starts and setbacks, Vaughn felt it would be best to be a producer on the film instead. “This film means a lot to me. I’m a huge advocate for creating projects for television that my nieces can see,” said Vaughn, whose husband Karon Riley is in the film. Vaughn’s producing partner Sigers Beedles was inspired to write this film based on her experiences volunteering in a homeless shelter. “I’m fascinated with people who are at the lowest of their low points and how they are able to come out of that because some don’t.” 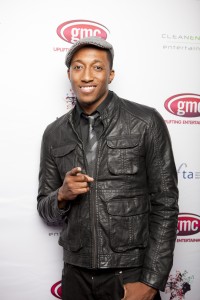 Look out for the bomb performance by newcomer Tamika Tanner who portrays Tina…Y’all will know her name some day….Remember you read it here first… 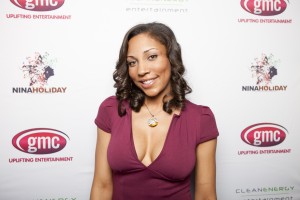 Tamika Tanner, who also is the owner of Gimme Some Suga Bakery Bar