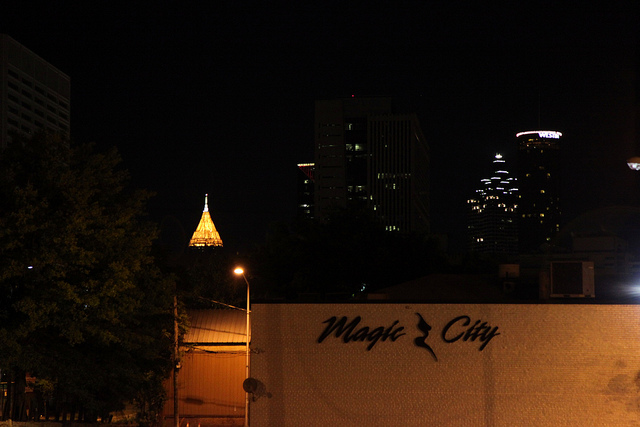 Did my headline get your attention? If you came of age in the ’90s, you have probably heard several rappers praise “Magic City” strip club in the A…In fact, I believe that the A, unfortunately, is on the go-to destinations for the best strip clubs…Maybe that’s why Rev. Miller Kingston grabbed four of his preacher buddies and headed to “Magic City.” LOL…Actually, that’s not true…

According to Americapreachers.com, Kingston and his fellow preachers went there to witness…

“Rev. Miller Kingston, who is originally from Tampa, Florida said, “When I relocated here, I couldn’t believe how many preachers frequently visit strip clubs for pleasure.”

Rev. Kingston is known throughout the Tampa, Florida area as the “stripper preacher” because he visits area strip clubs frequently passing out biblical material to whoever is receptive.

He claims he wanted to bring his same habits from Tampa to Atlanta because no one else is ministering in the area strip clubs.”

According to the article, when security realized what he was doing, they threw him and his fellow preachers out but not before “leaving his 1000 Jesus flyers in the men’s room!”

So my question for today is when is the last time you were bold for the Lord and witnessed outside of your comfort zone? I must admit it’s been way too long for me…I’ve got to think about that…

Also, do you think it was appropriate for the men of God to be in the strip club at all?