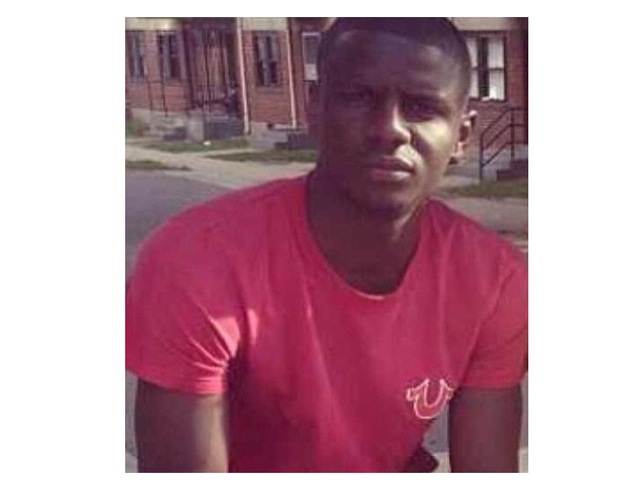 I must admit I’ve grown weary of trying to comprehend the incomprehensible : the deaths of Trayvon Martin, Michael Brown, Eric Garner, Tamir Rice, Walter Scott and more…So when I first heard about the death of Freddie Gray, I simply didn’t want to allow it to penetrate my consciousness….It had/has become too much…

And then Monday, April 27, in Baltimore happened…riots that resulted in a senior center, that Southern Baptist Church had raised money for eight years to build, being destroyed by fire…a CVS was looted…Then, came the emergence of the “hero mom,” President Obama’s speech referring to the rioters as “thugs,” declarations by Rev. Al Sharpton and Pastor Jamal Bryant and finally Baltimore City State’s Attorney Marilyn Mosby’s Friday, May 1 announcement that six Baltimore police officers involved in Freddie Gray’s arrest would be prosecuted for his death…

But beyond all of the news stories and angry commentaries, I wanted a perspective of someone simply living in the city…someone that I knew…that opportunity came when my friend Leslie J. Sherrod, who lives in Baltimore, wanted to tell her own story using the hastag ‪#‎IAmBaltimore‬…I asked her to share her story here on my blog and she thankfully obliged…Below is her story…

My father grew up on a little street named Ruxton Avenue. It’s in West Baltimore, off of North Avenue and behind Mondawmin Mall, the area at the very epicenter where Baltimore exploded in reaction to the death of Freddie Gray. My father has been quiet this week. When I asked him his thoughts about the past few days, sorrow filled his voice as he reflected on what the whole nation witnessed on Monday. “It’s hard to watch your old neighborhood be destroyed,” he said. That’s all he said. He’s turned off the TV and has watched little coverage since then.

Someone I know shared with me a story about her brother. “He was killed by the cops several years ago,” she says, “and nothing was ever done about it.” She and her family members witnessed the entire incident, him dying before their eyes as his throat was crushed. She pulls up the Internet, shows me a short paragraph of the event that made it into the Baltimore Sun back then. The article blames him for his own death. He choked on something, it reads; no mention of authorities involved. This woman, his sister, shrugs as she speaks to me. Her eyes glaze over with tears and then she turns back to her workstation to continue with her day.

A former supervisor tells me that she is surprised by the violent anger. Though a social worker in Baltimore City for many decades, she admits to being unaware of the rage, disillusionment, and angst simmering just under the surface of so many affected by poverty, addictions, limited job opportunities, failing schools and ongoing personal and public trauma. Not of the urban community, but working in it, she just didn’t know and could not imagine the depth – and repercussions – of such desperation, despite her years of experience.

Though we do not yet know how the current events in Baltimore will conclude, we will all make personal assessments based on our individual interactions, conversations, and through the lenses which we see our lives and others. The tragedy of Freddie Gray blew off the lid of a Pandora ’s Box of social ills we have as a society tried to ignore. What we have learned this week is that those ills do not just fade away if not addressed. We’ve been forced to air out our thoughts and weigh our opinions on every topic from racism, parental discipline, authority figures, politics, media representation, and more. The media has especially played a large role in shaping the national discourse, repeatedly highlighting the several blocks or so where the most damage was done, yet ignoring the 99% of Baltimore’s citizens who’ve engaged in peaceful protests, assisted with clean-up efforts, prayed together, and begun the work of healing.

I will not pretend to explore the deep social, emotional, institutional, and spiritual factors that contributed to the events of my city this week. I will, however, challenge everyone to consider their own lens.

Before Christ took up his cross, he pulled together those closest to him to have dinner one last time. Everyone at the table had a role, a perspective: the doubter, the denier, the betrayer, the confused. Everyone at Christ’s table had a lens through which they viewed the history they were living, and everyone had a purpose that somehow contributed to the greater goal of redemption.

America, this is a redeeming moment in our history. Whether black or white; whether wearing blue uniforms or orange jumpsuits; whether a resident, an activist, a victim, a rioter, a journalist, or a bystander, we all bring perspective to the table and it is at the table of our communities and cities where we must collectively commune and dine. Like a family dinner gone awry, we often sit across from each other in our respective seats in society and blame and scream and break dishes and storm out.

This week I’ve heard the roars of helicopters, the blares of sirens, and the chants of protesters. However, I’ve also heard about gang members tying their colors together and meeting with church leaders; about reporters being challenged by concerned citizens off camera regarding the often negative spin of news segments; about people pooling their money together to rebuild destroyed homes and businesses; about students and drivers organizing to provide assistance to seniors who depended on a neighborhood pharmacy that was burned down.

We are at a moment right now to hear each other, to sit down and talk. Let’s go beyond Black and White and Blue. Let’s not be afraid to address the difficult Gray areas of justice and redemption.

Everyone’s story deserves to be heard. 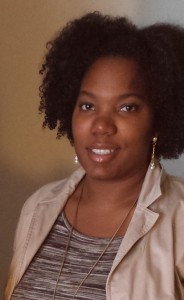 Leslie J. Sherrod is a social worker in Baltimore where she lives with her husband and three children. She is also the author of six novels, most of which are set in her hometown, all of which address social concerns with intrigue and inspiration. Visit her website, LeslieJSherrod.com for more information about her work and her mission.

One thought on “‪#‎IAmBaltimore‬ : Black, White, Blue… And Gray”