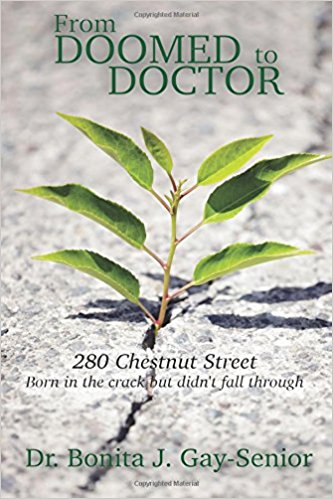 I am a born storyteller. If you ask me a simple question, I am likely to give the answer plus many more extraneous details that you probably didn’t ask to hear. But I will tell you anyway because just about anything can be made into a story when that is your gift from God. And while that is true, there are stories. And there are stories that must be told because in their telling they have the capacity to bring joy, inspire change and unshackle chains. The best stories have these qualities.

Years ago, through some mutual friends, I met Dr. Bonita J. Gay-Senior, and as we became friends, as friends do, we shared various details from our lives. As she would share a snippet here or there, I began to realize that this woman had been through some situations that would have caused many people to collapse into themselves, sentencing their souls to be among the walking dead. Have you ever met a person who was so beaten up by life, they seem to operate on autopilot? I have, and it is startling. Others would have retreated to a maze of deadening behaviors to distract themselves from the pain. And some would have taken what was never theirs to take: their very lives. She shared about being mercilessly teased by not only by her classmates but by her brothers as well.  The teasing was so toxic, she was later diagnosed as having Post-Traumatic Stress Disorder.

Her first boyfriend punched her face so hard that he broke part of one of her front teeth. On one occasion, he pointed a loaded gun at her face and threatened to shoot her. Despite the abuse, she dropped a warrant she had against him and had to go to jail for perjury (although she was telling the truth initially.)! When she was in her freshman year in college, she was raped by two men. Sometime later, while still in college, she got pregnant by another man. She watched a brother commit suicide by cop. Her only sister disappeared and has not been found to date.

And yet, the woman I met was a decorated teacher on the way to earning her doctorate in education at Clark Atlanta University. Laughter punctuated nearly all of her sentences. Her optimism rekindled that wonder that all children experience before the duties of adulthood and appropriateness take over. She had a trove of wisdom that she freely shared. ‘How did this woman come to be,’ I asked myself before I eventually found the courage to say the words aloud to her. She was surprised that I was surprised. She thought that many had suffered through similar challenges. I agreed that all of us suffer through challenges but not many people start from so low to ascend to so high. I know a good story when I hear one. 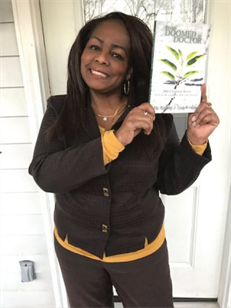 I kept telling her this until she decided to tell the whole story in a book “From DOOMED to DOCTOR 280 Chestnut Street: Born in the Crack but Didn’t FALL Through.”  (In fact, she shouted me out in the acknowledgements!) On the very street, Chestnut Street (which has since been changed to to James P. Brawley Drive), where she experienced most of her childhood abuse is the very street where she received her doctorate degree years later at 48 years old (I was there cheering her on 🙂 )! It’s amazing how God can use the details of our lives to demonstrate that He has brought us from a mighty long way. And she says God is who redeemed her tests into a testimony. She is using her story to mentor other women who have experienced similar challenges.

If you would like to meet her and get a copy of her book, join her at the One Love Spiritual Center, 180 Lakepoint Lane, Fayetteville, Georgia 30215 (Lakemont Subdivision) TODAY at 3 p.m.  She is the featured Women’s History Month Speaker!

But if you don’t live here in the A but want to read her story, her book “From DOOMED to DOCTOR 280 Chestnut Street: Born in the Crack but Didn’t FALL Through” is available on Amazon! And if you like to know more about Dr. Bonita, go to her website fromdoomedtodoctor.com.