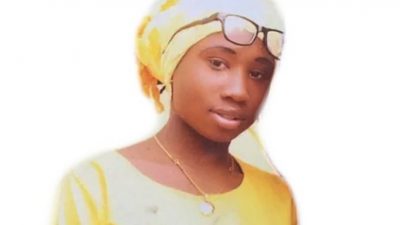 It was six years ago this month that I first mentioned on this blog that Islamist terrorist group Boko Haram stole more than 200 Christian and Muslim Nigerian girls  in the middle of the night from their boarding school in Chibok, Nigeria.

Below is a 2020 update about what has happened to these girls from the grio.com:

Six years later, 164 have been returned or accounted for. Many of them struggle to readjust as some have been ostracized for wearing the unearned cloak of shame that many victims have to dress themselves in. We can thank God for those who, over the last few years, have either escaped or negotiated themselves out of bondage, however, there are still 112 unaccounted young women, still ransomed, sold into slavery, forced into marriage and or dead.

In 2018,  Leah Sharibu, then 14, was kidnapped by Boko Haram along with 109 of her female Dapchi schoolmates. In the days following, five of the girls died in captivity, and 104 were released on March 20, 2018. Leah alone was kept because she refused to renounce her faith in Jesus Christ and convert to Islam, as demanded by her captors. TODAY, as it is her 17th birthday, a prayer vigil is being held to pray for release. Below are the details.

The  International Committee on Nigeria (ICON), a coalition partner of Save the Persecuted Christians, will host the online prayer vigil at 4 p.m. Here is the link to join: standwithnigeria.org.