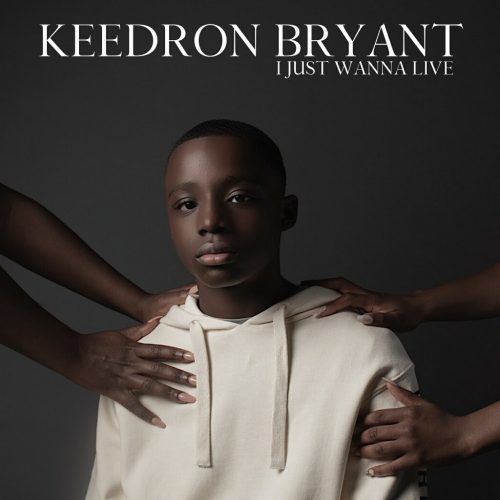 It’s been a little while since I’ve blogged and even during a pandemic, life continues to go on. There are many things that I could have written about and may still write about such as the devastating loss of “Black Panther” star Chadwick Boseman but I had to take a break as we all must do from time to time. But I’m back…slowly easing myself in… so give me grace, y’all…

When I first heard this young man sing, I knew it would be only a matter of time before this happened…See this story from the New York Post…

Like many young students, 13-year-old Keedron Bryant is now navigating virtual learning as he goes back to school.

But this eighth-grader from Jacksonville, Fla., is also a viral sensation who’s dropping his debut EP, “I Just Wanna Live,” on Friday.

Bryant landed a record deal after he posted a smartphone-shot video of himself performing his song “I Just Wanna Live” a cappella. Posted on Instagram, Facebook and YouTube in the wake of George Floyd’s murder in May, the clip became a rally cry for the Black Lives Matter movement.

“I never thought it was gonna go viral,” said Bryant, who was a contestant on NBC’s “Little Big Shots” last season. “But it was really sad that I had to sing those type of words. There were a lot of emotions going on in my mind at the time I was singing it . . . I asked God to give me power and strength and anointing to deliver the message right.”

Check out the official music video for “I Just Wanna Live!”

And here is a listing of the songs on the EP:

“I Just Wanna Live” The EP is available now everywhere music is streamed ‼️ GOD is Good, GOD is great ‼️Thank you to my family, @umuwwa family, @warnerrecords family and most importantly, all of YOU for giving me a platform to express myself ‼️ #IJustWannaLive #UGotThis

And finally below is the teenager sharing about how to get his new EP!

Congratulations to him! May he always use his talent in service of the Lord!