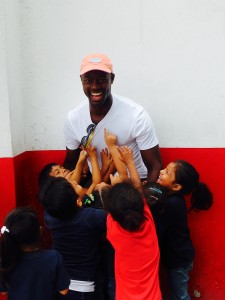 Last year this month, I was blessed to cover President Barack Obama’s address to the 2013 graduating class of Morehouse College! It was the first time that a sitting president has ever addressed a spring commencement in the state!

As with any graduation, each graduate was cheered on by a group of supporters, whether family and or friends, and I spoke to many of the supporters as a part of my coverage. I interviewed Jermaine Watkins, who traveled from Nassau, Bahamas to witness his mentee Katanga Johnson graduate with an economics and philosophy degree. Watkins, who used to be one of Johnson’s pastors at Abundant Life Bible Church in Nassau, told me that Johnson planned to be a missionary journalist with Operation Mobilization.

As a journalist, I was intrigued because I had never heard of missionary journalism and may have considered this field as a career option had I been exposed to what seems like a revolutionary field. It’s amazing how God works because Johnson reached out to me about my coverage which enabled me to learn more about the field as I’m on his e-mail distribution list.

Since Johnson, who is from the Bahamas, has worked with Operation Mobilization in Ecuador for almost a year now, I thought it would interesting to find out more about his experiences as a missionary journalist. Below is my profile of Katanga Johnson, 23: 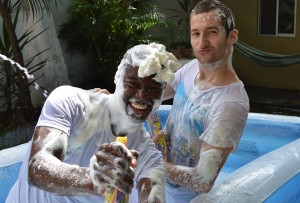 For me, as storyteller, I am most alive when I can marry my faith, passion and calling into a daily exercise. Serving in missions affords me this opportunity and I see the face of God (my way of describing the ‘sound of the genuine’) in a very intentional way through missions.

What is Operation Mobilization, and tell me more about your involvement in this organization? 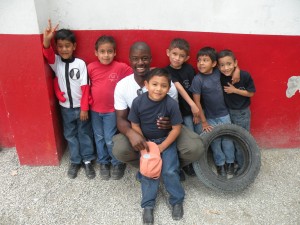 In my role, I focus on the Andean Region of Latin America (Ecuador, Colombia, Venezuela, Peru and Bolivia) in sharing the testimonies of missionaries in these fields. While I reside on Ecuador, our efforts here support these Andean Region nations in various ways as we encourage people to pray, give and go toward missions intra-regionally, and abroad.

As a ministry concentration, I specifically raise awareness toward financial support of girls whom are survivors of human trafficking, like through Freedom Climb. My involvement in financial development seeks to ensure the sustainability of the ministry activity and my maintaining relationships with private and public donors helps the Dunamis ministry specifically at the moment. Upon more training, I will begin to impact more ministries. However, my heart resonates with the Dunamis ministry very strongly. See more on this ministry, known as Dunamis, here.

Thus far, I’ve been in service in Ecuador for 9 months. My commitment is being extended to another year, making it two years of service, total (until August 2015). 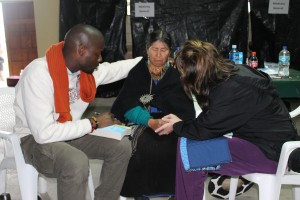 What have been your most memorable experiences as a missionary journalist so far, and why?

My most memorable experience thus far has been the gradual transition from being a basic level Spanish speaker upon arrival, to now being an advanced conversational speaker.

Before entering this cross-cultural experience, I had very much confidence in my ability to communicate as a native English speaker, both in written and oral forms. But, after taking weeks to adjust to the language and dialect changes, I began to assume a position of a child once again- unable to clearly communicate my thoughts or desires without the aid of another. Now, after much study and practice, I’m much more effective in the language, with much room for growth.

What do you miss the most about living overseas rather than living in the United States or in your native Bahamas?

There’s not very much I miss about home or living in the United States, honestly. Now that I’m in Ecuador, which, as a member of the Global South (the collective nations of Africa, Central and Latin America and most of Asia) faces grave political, social, and economic upheaval, I am amazed at how the population here is home to an emerging market which will eventually offer immense hopes for economic growth, investment, and cultural contribution.

How did your Morehouse College (where he received a full scholarship) prepare you for your work?

Attending Morehouse College  was a vital decision for my existence as a man of color, with its very demanding measures of brotherhood, friendship and camaraderie. While I am proud to be one of 9 brothers (and 4 sisters) to a hard-working and loving family, my relation to the world has always demanded a much broader cultural experience that Morehouse provided at 17 when I left the isles of my Bahamas toward the clay hills of Atlanta, Ga.

Morehouse College made me a man of character and ideals, more than any other benefit. The quote of my most revered alumnus and brother, Dr. Howard Washington Thurman, Class of 1923, epitomizes my preparation at Morehouse: “Don’t ask what the world needs. Ask what makes you come alive, and go do it. Because what the world needs is people who have come alive.”