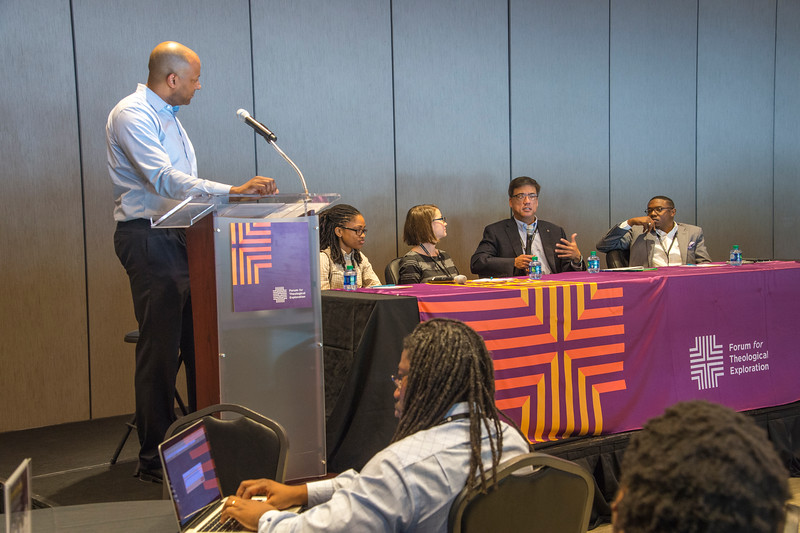 Although Dr. Rodger Nishioka’s mother and grandparents were U.S. citizens living in California , they as well as thousands of other Japanese Americans were rounded up to be jailed during World War II. Since Nishioka’s grandfather was a leader in a local farmer’s union, he was thought to be spy by the U.S. government. While they waited to be jailed, they were forced to live in an internment camp in the desert. As they were being transported from a bus station to the camp, a white woman passed out sandwiches, fruit and juice. She told them she was a Quaker and a Friend. This one act of kindness eventually led to Nishioka’s grandparents and mother, who were cultural Buddhists, becoming Christians and subsequently Nishioka, who is an associate professor of Christian education at Columbia Theological Seminary. 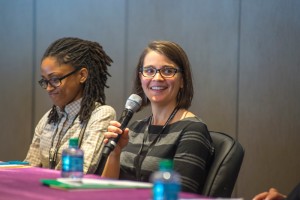 Diversity was one of the key topics that Lewis discussed with the panel, noting with all of the progress that has been made regarding diversity in government, the workplace and other areas, the church is still one of the most segregated institutions on an average Sunday morning. Simple acts of kindness extended to other races, as Nishioka noted, can encourage diversity in Christianity. “That is why I am a Christian today,” he said. Patterson suggested a new approach to diversity. “Real diversity is not just honing in on differences but also appreciating similarities.”  Repoley, a Millennial, emphasized that intergenerational diversity is also important. “We don’t want our faith communities to just be young people.” She also noted the importance of bridging tradition and innovation. “In order to have vibrant fruits, you have to have deep roots.”

Lewis also questioned the panelists about the role of the Church as it relates to the #BlackLivesMatter movement, Ferguson, Missouri; South Carolina and other hotbed issues, particularly as it relates to the Millennial generation who are fueling much of the social activism. “Young people are watching to see how the Church will respond,” said Lewis. Sharpe noted that xenophobia is one of the root causes of what transpired in Ferguson, Missouri; South Carolina and in other locations. “We are always trying to make someone who is different from us deficient.” Nishioka, who noted that while he is not a Millennial, is writing a book about Millennials and how they have left the church. His book “Absent in the Pews: Ministry with Young Adults” will be published in 2017. While conducting focus groups with Millennials, he discussed various innovative ministry approaches and asked them if they would be moved to return to church as a result. Although they liked the innovative ideas, they said they still wouldn’t come back to church. Frustrated by their responses, Nioshioka went to asleep that night but was awakened by an audible voice of the Holy Spirit who said, “Why do you keep asking them to come to you?” Repoley noted that one way to attract Millennials is to see the work of Millennial social activism as ministry and ask them how to support them in their ministry. “When faith communities actively support and love them where they are and celebrate their social justice, they want to come.” 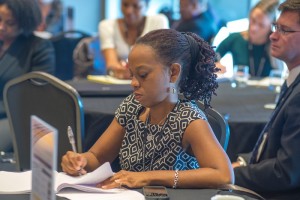 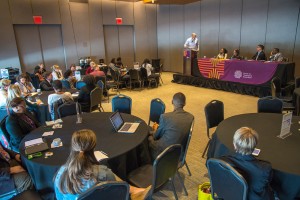 A view of the panel and participants in the discussion.

The panelists also discussed leadership in ministry and how to support leadership. Nishioka said that 60 percent of master of divinity students are out of the ministry in five years, according to the Association of Theological Schools. He noted that three skills would help these students remain in ministry over the long term: imagination, resilience and being able to read context. He also mentioned that clinging to the John 15:4 is vital. “Abide in me, and I in you. As the branch cannot bear fruit by itself, unless it abides in the vine, neither can you, unless you abide in me.”

For more information about the work of the Forum of Theological Exploration, “a leadership incubator that inspires young people to make a difference in the world through Christian communities,” please go to fteleaders.org.