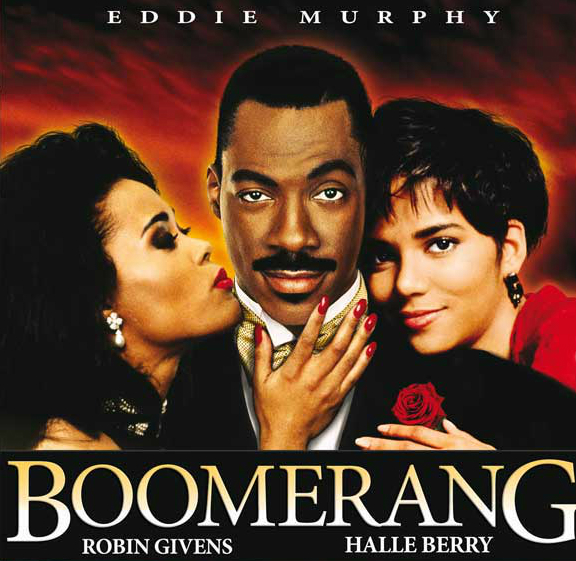 Pretty hurts, according to Beyoncé. It must. Halle Berry has pretty much been Black America’s poster girl since she was the nice girl to Eddie’s Murphy bad boy in “Boomerang.” A few movies later, all of Hollywood caught on to Halle. Still, despite being pretty, beautiful really, and all of the top Hollywood accolades she has received, her personal life continues to be a challenge for all of the world to see…such is the saga of a Hollywood starlet I guess…

On Oct. 27,  Halle Berry and Olivier Martinez announced that they are divorcing after two years of marriage, making it her third divorce, according to People magazine. While this was news in itself, Berry’s first ex-husband over 20 years ago, David Justice, raised the stakes when he hosted a “Tweetdown” on his Twitter account last week pretty much slamming his ex-wife. Here are a few of tweets, according to the New York Daily News…

“Me, (second husband) Eric (Benet), (boyfriend) Gabriel (Aubry) and Olivier were all her ‘Knight in Shining Armor’ until it ends,” the former MLB star tweeted.

“Then we all become the worst guys in history.”

He also used his Twitter account to clarify that he was not the man who hit Halle Berry in the ear and caused her to go deaf in that ear as some may have thought.

“Reading the latest Halle Berry Reports, it wasn’t me who hit Halle causing the ear damage. Halle has never said that I hit her,” he tweeted.

Even Halle Berry’s second ex-husband Eric Benét went in on Halle after David got the “Tweetdown” started!

“My man at @23davidjustice is tweeting some truth dis’ mornin’!” the musician tweeted.

When I came across this article, I really thought it was a punk thing to do – that is put down your ex-wife while she is already down,but since then, Justice has been interviewed by People magazine and explained why he felt the need to hate on Halle via tweets…

But for Justice, setting the record straight was a long time coming. “For so many years, there has been this cloud upon the guys who were associated with Halle back then,” he says. “Halle has said that she was in abusive relationships but she didn’t name who the abuser was, so for many years I know a lot of people thought it was me.”

In sending those tweets, he says, “All I was trying to do was let the world know that David Justice is not the person who hit her on her head and caused her hearing loss. Not only did David Justice not do that, David Justice never hit her, period.”

Justice also explained that his family is another part of the reason that he is speaking out now.

In addition, his daughter Raquel is an aspiring actress and just landed her first role on ABC’s upcoming show Recovery Road. “If she’s going to be floating around Hollywood, I don’t want anybody bringing this up to her,” he says. “All of us who have kids want to protect them as much as possible, and I felt like this is part of protecting my kids against something that is so bad, so horrific, that her dad can’t be attached to it.” To read the entire article, go to “‘I Never Hit Her’: David Justice Opens Up about His Divorce from Halle Berry, the Abuse Rumors and His Life Now” on people.com.

Now that he has had the opportunity to completely explain himself in a full-length article versus ranting in 140-character character assassinations, I get where he is coming from. And the truth is both David and Eric have moved onto loving marriages while Halle hasn’t had the same luck. Although she declared she would never get married again after divorcing Eric, she did have a five-year relationship with model Gabriel Aubry, according to People magazine. And even though they never married and their relationship produced her first child, a daughter, they still did not stay together. In fact, Aubrey ended up brawling with Halle’s soon-to-be ex-husband. “What followed was a highly publicized custody battle after Berry hoped to move to France with their daughter after marrying Martinez. A judge eventually denied Berry from doing so. In June 2014, the actress was ordered to pay $16,000 a month to Aubry for child support. Things also got physical between Aubry and Berry’s soon-to-be ex-husband during a brawl outside Berry’s home on Thanksgiving 2012; the two were treated for injuries.”

Obviously, the common denominator in all of this relationship drama is Halle. And before I go on, she is not the only celebrity who has been married three times. Steve Harvey is on his third marriage, and he has used his relationship drama (Have you read his relationship books? Act Like a Lady, Think Like a Man and Straight Talk, No Chaser) to bring home the bacon (Have you heard of his new bacon product?!!) literally. And there are more whom I can name (and there is a double standard for men versus women for that matter), but Halle is the focus of this post. Halle has intimated that her “picker” may be broken. Check out this excerpt from the “The Slut-Shaming of Halle Berry” on thedailybeast.com.

In that 2002 interview with Barbara Walters, Berry said that she felt she attracted the wrong men before addressing her past as an abuse victim. “If there was a loser in any town—I used to find him!” she declared with a laugh.

She has also admitted that she has used her relationships with men to find her own identity.

“Well, I think I was still using men, and my mate, to identify who I was. And when that was gone, I was nothing.”

Finally, Halle has also admitted that she has been therapy for over 30 years after growing up with alcoholic, abusive father according to a Daily Mail article.

‘My father was an alcoholic and a very abusive one, and my mother knew the value of providing me with the outlet of an unbiased person to talk to, so I’ve done that all my life when times get stressful. It really helps me deal with stuff.’

But while admitting your issues are the proper first step and counseling is important as well, I wonder if Halle needs to have an encounter with THE Counselor like a woman who had been married five times AND was living with another man when she met Jesus at a well in John 4. In fact, although the woman had never met Jesus before, he was the one who told her that he knew she had been married five times and was living with another man! But he did not condemn her. Instead, he offered to save her from herself by offering himself as her Savior. He told her about living water rather than regular water in the well that she would need to return to time and time again to replenish herself. Chile, Iyanla can’t fix a life like Jesus can! And I think it was no coincidence that Jesus encountered her at a well. Nowadays, when a woman is chasing after a man or men, she is referred to as “thirsty.” 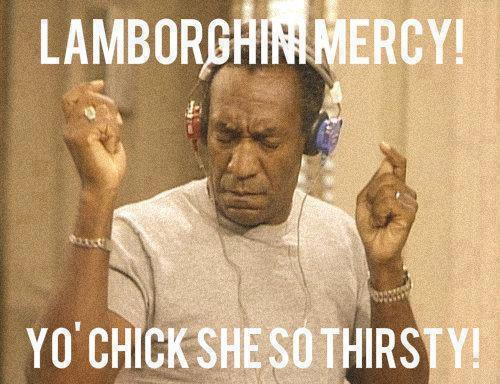 And this is true in the woman at the well’s case too. The woman at the well tried to find salvation and quench her thirst in each man she married and in her live-in boyfriend whom she likely refused to marry after having so many failed relationships. But only the Savior could satisfy her thirst…

Maybe Halle should try Him too…(if she hasn’t before…)

What do you think?

3 thoughts on “Does Halle Berry’s Third Divorce Make Her a Modern-Day Woman at the Well?”