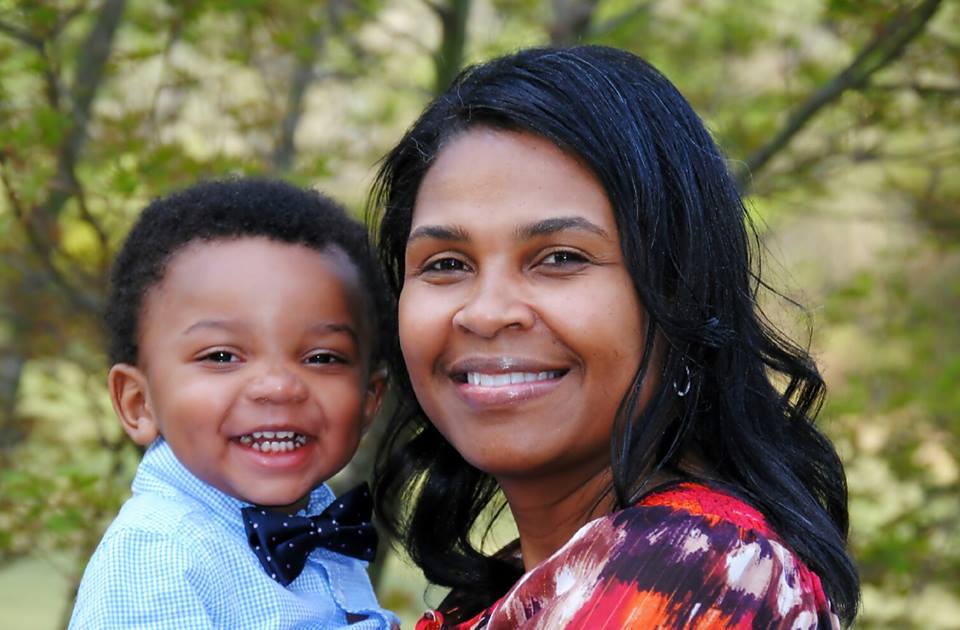 Last month when Janet Jackson announced she was postponing her tour to focus on creating a family with her husband Wissam Al Mana, my friends and I via text (our easiest way to communicate in our busy lives) speculated on whether Ms. Jackson If You’re Nasty was indeed with child at 49 years old (now our speculation has been confirmed) and whether being 40 or older is too old to become a mother.

Below are a few of our responses.

“My grandmother had my mom when she was around 40. My aunt around 44. I had my son at 41. Let her story be a leap for womankind. She has led a fabulous life and is now embarking on a new journey.”

So Janet Jackson isn’t the only one who has defied the odds. That is the testimony of C. Celeste Marshall, a college friend who struggled with infertility for 10 years before finally giving birth to her son Terry Simeon Marshall in August 2013! Celeste recently released her book “Memoirs of a Barren Women.” Below is my interview with her about her journey to motherhood and her new book!

My husband, Todd, and I got married in 2001.  We were immediately ready to start our family.  During this particular time, we had a few nieces that I was very close to and we played the parent role for them at times.  My desire to become a mother intensified as I saw them grow and several months had passed and nothing had happened for us.

How and when did you find out you were “barren” or couldn’t conceive children? How did you husband respond?

After almost a year into our marriage, with no success, my doctor at the time felt that it was time to see a specialist.  A few days following this appointment, I remember getting the call at work.  The news was devastating, and work was not the place to receive it.  I was told that I would not be able to have children.  The doctor suggested that I have several female organs removed and that my best chance would be to try in vitro.  My husband responded in a very supportive way and tried to act like it would be fine if we weren’t parents, but I knew that his desire to be a father was just as strong as my desire to be a mother.

Why did you keep believing you would be a mother one day although you were told you couldn’t have children? Did you ever have any miscarriages? What were you doing for those 10 years?! Did you consider adoption?

In 2006, while recovering from my first surgery (fibroids and endometriosis), God led me to a scripture in II Kings.  It was II Kings 4:16.  It read, “this time next year you will be holding a son.”  I anticipated the day that I would be able to say that I was pregnant because I had never had a positive test before.  I never had any miscarriages because time after time I was always told that I would not be able to even conceive a child.  I had received a prior promise from God in 2004.  So during this time of waiting on God to fulfill His promise, I fasted and prayed about my desire and His promise.  After several years passing and my “this time next year” not happening, I mentioned adopting to my husband but he was not open to it.  I knew that it was my spirit settling and trying to rush God’s hand.

When and why did you decide to fast and pray and what was the result? Tell more about it.

I thank God that at the time of receiving this news, I was already saved and was a member of a church, Free Chapel, where fasting is literally one of the church’s foundations.  My pastor teaches it often and each year our church does an annual fast which has become a global practice for many denominations at the beginning of the year.  I had seen the results of fasting and praying in my own life and also in the lives of others in the church.  It is a powerful tool often overlooked in the Christian world.  I challenge anyone to try it for themselves.  When you abstain from food and replace it with the Word of God, there is an intimacy that comes only from fasting.  There are several types of fasting.

What was your “life-changing decision” after your fast?

My life-changing decision following a specific three-day fast in 2012 was to cancel a surgery, which would have been my 3rd during this 10-year period.  The doctor wanted me to have a full hysterectomy, but by the time the pre-op had rolled around, we had agreed on a partial hysterectomy.  It never felt right in my spirit because I knew my body had to be whole in order for God to fulfill His promise. However, my doctor deemed it necessary, but following that three-day fast, and hearing from God on 12-12-12,  I canceled the surgery completely.

How and when did you discover you were pregnant? Were you scared during your pregnancy after all that happened to you? Why or why  not?

I was back at work from Christmas break, and I knew I was “late” but really thought that it was stress related since I had spent most of the Christmas break caring for my niece who had broken her ankle.  I took an outdated pregnancy test at work of all places.  I had them everywhere because I always anticipated each month…..hoping…..praying…..waiting……When it came back positive I was elated and scared at the same time….when you read the book you will know why 🙂

What was it like to finally give birth to your son? When was he born? How old were you when he was born?

My pregnancy was good, but the delivery was a battle.  And when I say battle, it was a spiritual battle! He was born in August 2013.  I was 40 when I found out I was pregnant, and I delivered him when I was 41. 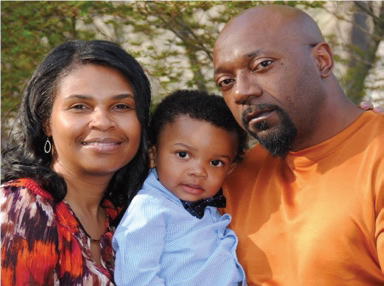 Do you have any final words of advice for would-be mothers who are having difficulty having children or who are ready to give up? What about fathers who are married to women with these challenges and desperately want to be father too. Any advice for them?

I tell everyone not to put God on a timetable.  We have in our minds by what age we should do this, this and this.  If we are truly in line with Him, and we seek Him daily, then we have to trust Him with the desires of our hearts.  When so much time had passed for me, I started changing my prayer…for God to remove the desire and He never did.  I knew what He had promised me, specifically a son, but satan is real and while God had given a promise, satan took advantage of any weakness and tried to steal my promise from God.  However, each year, as I would fast and pray, God would always confirm His promise to me, but of course I grew weary in waiting, but I stood on His promise and His Word: specifically II Kings 4:16.  And to the husbands of barren wives, never make your wife feel “less than, inadequate, or insufficient.”  Because these are the word satan would whisper to her.  satan often tried to remind me that the one thing a woman was created to do, I could not do…I felt broken at times, but I know that God does not make mistakes.

Why did you decide to write “Memoirs of a Barren Woman?”

My book was truly written out of obedience.  I never desired nor imagined that I would write a book.  After I had my son, I started getting invitations to give my testimony and what I realized is that God used my household for the basis of this testimony but He did not intend for it to stay there. I believe that my testimony if for anyone believing God for anything.  We all have a “barren” area in our life, male or female.

Was it difficult to write and publish “Memoirs of a Barren Woman?” And what has been the response?

The book was not difficult to publish so to speak because God led me to the right resource the first time I inquired.  However, I had no idea about all of the editing.  There was so much back and forth for several months, actually over a year.  I started questioning what I had started because there was just so much delay.  But even in delay, I tell you God is working…putting things together.  The number of people who have reached out to me since reading my memoir to tell me the impact that it has had on their life spiritually has been overwhelming.  Young, old, male, female, single women, even women with children have commented on how my book has impacted their life in some form.  I look forward to sharing it on any platform God gives me.

Happy Mothers Day to all mothers, but particularly to mothers who are 40 years old and over!