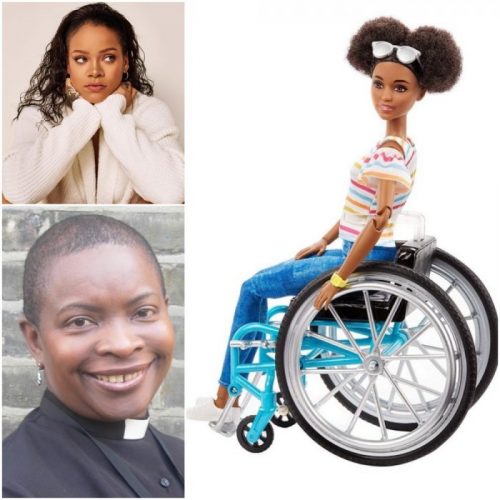 If I don’t get a chance to tell you tomorrow, Happy Independence Day in advance to those of my subscribers who live in the USA! Although we are divided on many issues as a country, there is still no place that I would rather live and dream than in the United States of America! (And that’s not to say that I don’t want to visit countries all over God’s beautiful earth, but I digress..)

Excerpt: PAULSON: Have you always been a person of real faith?

RIHANNA: I’ve always been. My first time praying and fasting was when I was 7 years old. I did that on my own, because I wanted to go to New York, and I knew that this was a sacrifice I had to make in order for God to make sure I could get there.

PAULSON: Have you ever felt that God abandoned you? Or have you questioned your faith?

RIHANNA: Not my faith, but I have been in a place where I felt like maybe I had disappointed God so much that we weren’t as close. Actually, that happened to me while I was making Anti. That was a really hard time, but, thank God, I got through it. See more at: interviewmagazine.com.

Excerpt: So, allow me to break the ice by confessing with you where I’m at in my life: I’m single, celibate and I want to have sex – I don’t want to wait anymore.

Shocker! I know this isn’t what you’ll hear from the average Christian however, this isn’t your average cookie cutter article either. We get down to the real issues Christians are dealing with in today’s world and let’s be honest, desiring sex is definitely one of them.

I’ve been celibate for almost six years. And throughout this journey of purity by way of honoring God with my body, it’s been a roller coaster ride. Some seasons, my mind is on a heavenly high while other times my mind wanders to some low, impure places. See more at: xonecole.com.

3. “How Michelle Williams Is Healing And Moving On After The Worst Year Of Her Life” by Charli Penn

Excerpt: “That’s right. People have been like, ‘Michelle, this is a season for people to love on you.’ That’s hard to accept when you’re independent. It’s hard to sit down and just let somebody love on you, take care of you. I’m in a church where I’m being discipled. I don’t have to wear makeup. I can just go in and worship the Lord—go to church and just be. I’m getting back to my first love, which is God. And that had been a part of my success before. I was serving God. I’m forming that habit again.” See more at essence.com.

Excerpt: NEW YORK (RNS) — Sitting in her office on Manhattan’s far west side, the new president of New York Theological Seminary, the Rev. LaKeesha Walrond, recalled how she once was reprimanded as a youth for crossing the pulpit area of her church during a choir rehearsal. Back then, she was taught, and believed, that women could not be preachers. After a career as an educator, executive pastor of a Harlem megachurch and, since June 3, the first African American woman president of the 119-year-old seminary, Walrond sees her trajectory as a sign that “God had this plan.” After serving at First Corinthian Baptist Church, where her husband, the Rev. Michael A. Walrond Jr., is senior pastor, she views her leadership of a 300-student multidenominational seminary focused on urban ministry as a reason for hope for other women. See more at: religionnews.com.

Excerpt: She will be consecrated in a service at St Paul’s Cathedral on 19 November and installed at Canterbury Cathedral on 30 November. In addition to being Chaplain to the Speaker, Rev Hudson-Wilkin, who was born and raised in Jamaica, has served until now as Priest in Charge of St Mary-at-Hill, in London.  “I am excited to have been called to be the next bishop of Dover in the Diocese of Canterbury with its long history of Christian witness,” she said. See more at: christiantoday.com.

7. “The First Black Barbie to Use a Wheelchair is Here, and People are Loving the Message It Sends to Kids” by Amanda Krause

Excerpt: The doll is the first black Barbie to use a wheelchair, and is featured in Mattel’s Fashionista line, which is a part of the company’s ongoing attempt to create more inclusive toys. The Barbie was announced during the New York Toy Fair in February 2019, and officially launched in June. See more at: insider.com.

8. “Why Brianna Mason is excited to be first African American crowned Miss Tennessee” by Amy McRary

Excerpt: “I can’t even put into words how special this is,” Mason said at a press conference after her win. “I have been competing for so long, and there’s a Miss Tennessee room with portraits of all past Miss Tennessees, and none of them looked liked me. And so I’ve made it my goal for the last couple of years to make sure my face gets up there not just for me, but for all of the young ladies who look like me and don’t think they can do it just because of their skin color.” See more at: knoxnews.com. 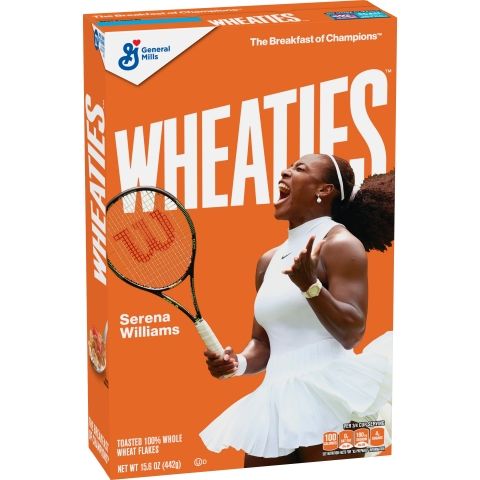 Excerpt: It’s the most important meal of the day, and she’s known as the greatest female tennis player to play the game, so how is it possible we’re just now celebrating Serena Williams getting her own Wheaties box? As it turns out, Williams is only the second black female tennis player to grace a box of Wheaties and only the fourth female tennis player of all time, following Chris Evert and Alice Marble. In 2001, General Mills paid tribute to the legendary Althea Gibson, one of Williams’ well-known influences, but it would take nearly another two decades for them to honor Williams, who is widely recognized as the “GOAT.” See more at: theglowup.theroot.com.

10. “NASA Renames Street in Front of Headquarters after ‘Hidden Figures'” by Rachel Frazin

Excerpt: NASA has renamed the street in front of its Washington, D.C., headquarters from “E Street SW” to “Hidden Figures Way” to honor the black female scientists featured in the book and movie “Hidden Figures.” Scientists Katherine Johnson, Dorothy Vaughan and Mary Jackson were honored at the ceremony on Wednesday. Also honored were “all women who have dedicated their lives to honorably serving their country, advancing equality, and contributing to the United States space program,” according to a NASA statement. See more at: thehill.com.