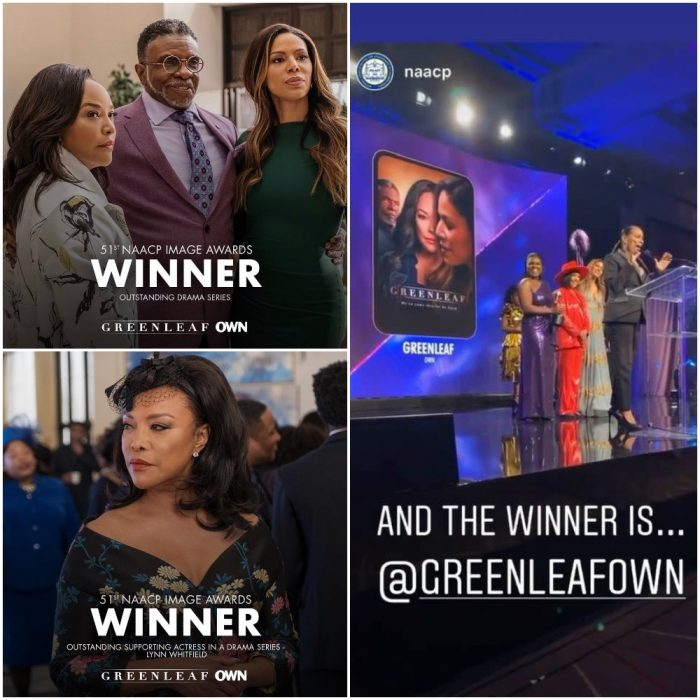 On the right is OWN “Greenleaf” Executive Producer Kriss Turner Towner (at the podium) accepting the Outstanding Drama Series Award!

I’m so happy for the cast and crew of OWN’s “Greenleaf” as the show scored big  at the 51 st NAACP Image Awards which aired last night with winning the Outstanding Drama Series Award! Additionally, Lynn Whifield, who breathtakingly portrays our favorite First Lady Mae, was named Outstanding Supporting Actress in a Drama Series!,

Below is some other media goodness from the awards! Enjoy!

I have the most beautiful date for tonight’s @naacpimageawards! Looking forward to celebrating our Outstanding Drama Series win with my @greenleafown family! #Greenleaf #NAACPImageAwards pic.twitter.com/osPotwQhr5

It’s always a pleasure speaking with the lovely @MsLynnWhitfield. Thanks for the glowing words and appreciation of the NAACP #NAACPImageAwards #awardsdinner

Now, if the creators of OWN’s “Greenleaf” and the actors can get back to filming and let us know who is that A.J. doppelganger on the last episode!!!

But in the mean time, CONGRATS to the show for scoring big at the 51 st NAACP Image Awards!