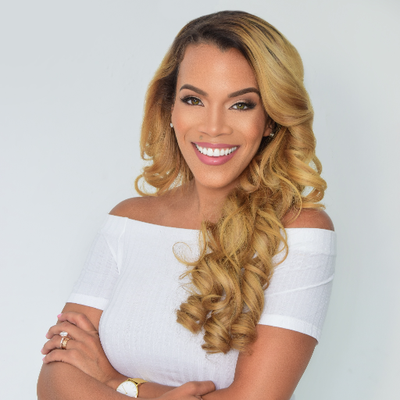 As a Christian blogger, I’ve heard of Heather Lindsey, “founder of The Pinky Promise, an organization that promotes honoring God with your life &  body whether single or married,” every now and then but not enough to have closely examined her ministry. But the last time I recall hearing about her was when I mentioned her in a blog post entitled “The Top 10 Blog Posts and or Articles for Black Christian Women in September 2016.” I included an excerpt from this blog post “The Cult of Heather Lindsey: Examining the Rise of the Purity Movement & One of Its Most Magnanimous Leaders” by D. Danyelle from theunfitchristian.com. D. Danyelle did not hold back in her critique. This is what she wrote:

Make no mistake about it: the majority of Lindsey’s audience is comprised of single, Black, Christian women. Lindsey has created a ministry that teaches that women are single because God is pruning & preparing for the entrance of her mate can come in at best. At worst, her ministry teaches that singleness is as a result of being especially chosen by God for a life of solitude in preparation for His return.

The tenets of Heather Lindsey’s ministry suggests that single women must do and become enough in order to become a wife. In every instance, Lindsey has created a profitable business model by planting the idea that women aren’t “good” enough on their own. Ministry should not be in business to profit from misery. And there is nothing more miserable than creating a space that causes women to base their entire identity, worth, and esteem on their sexuality.

And many impressionable young women are buying in wholesale hook, line, and sinker.

Still, she became a part of a Pink Leaders group that you have to pay to join. But she regretted joining because she discovered that the content offered in the group was content that was also offered for free, allegedly. When she looked at her financial statements, she also realized that she had been double charged for her membership, according to her! Apparently, the membership fee was $20 a month, but she was being charged $40 a month. Additionally, she said she paid a $100 fee (that was supposed to refundable) to apply to join a Heather Lindsey mentorship program that costs $2,000.  Jaleceya has tried to get her money back, but so far, she is still owed the money, according to her.

She describes the lavish lifestyle of Heather Lindsey and her husband. It appears that she found a listing for the house the couple recently bought and it’s worth over $1 million. She points out that Heather Lindsey is holding a purse that costs approximately $2,000 in one picture, and her husband Cornelius is wearing Gucci shades that cost at least $400 in another picture. She said the couple charges for all of their ministry offerings and that they are handsomely profiting from it.  Similarly to D. Danyelle wrote, Jalecya said certain kind of women are lured into following Heather Lindsey. “I cannot tell you how many Pinky Promise sisters I’ve met that are single, lonely, depressed and sad, and they look up to Heather and it’s borderline worshiping Heather. “

Check out the video for yourself here:

Again, I don’t know much about Heather Lindsey to meaningfully comment or to know if Jaleceya’s allegations are true, but I will say this: In this age of everyone-who-has-an-Internet-connection-and-Instagram-page-can-be-a-leader, discernment is essential…

And I will end with this verse: “Dear friends, do not believe every spirit, but test the spirits to see whether they are from God, because many false prophets have gone out into the world.”  1 John 4:1.