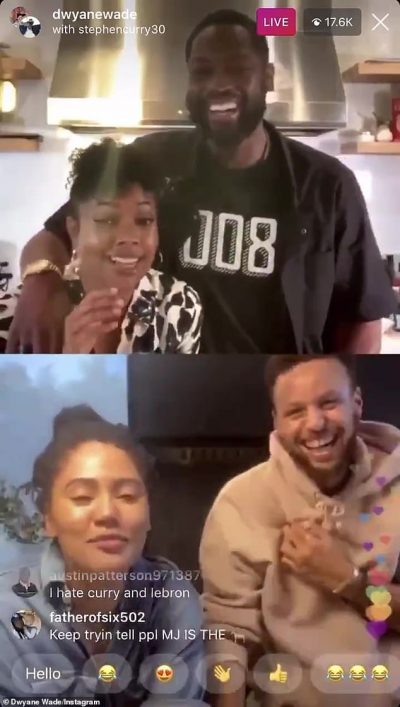 According to the Jasmine Brand, Gabrielle Union, who is married to retired basketball player Dwyane Wade, once advised Christian couple Steph Curry of the Golden State Warriors  & his wife Ayesha to break up and have sex with other people! Gabrielle revealed she gave this explosive and frankly bad advice during the funny Instagram conversation she and Dwyane recently had with the Currys, who have been married since they were in their early 20s.

See the snippet of the convo below:

But Gabrielle also complimented the Currys on their faith. See the statement below:

Kudos to the Currys for sticking together AND being an example of faith within the basketball community and the world!