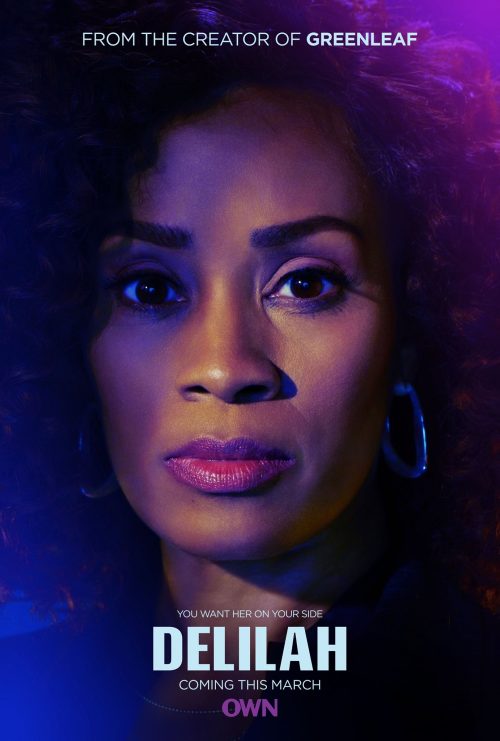 In more OWN Greenleaf-adjacent news…Earlier this month, I posted about Craig Wright’s new series Delilah, which is slated to begin on OWN on March 9. The official trailer is premiering TODAY, Wednesday, Feb. 23. See the Facebook announcement below:

To refresh your memory, below is the synopsis of the show:

Delilah left a demanding white-shoe law firm a decade ago and hung up her own shingle so she could make raising her kids her number one priority. Now she takes on cases the big firms ignore and finds herself, more often than not, going head-to-head with the powerful and privileged as she fights for the disenfranchised. In addition to raising her two kids, Maia and Marcus, Delilah also cares for her young nephew Dion; manages her relationship with her frustrating ex; and to top it all off, she’s about to go up against her best friend Tamara in court for the first time. Delilah has always represented the underdogs. Tamara has always represented the wealthy and powerful. But this case is different: this time, Delilah’s most cherished friendship is on the line, and there are lives at stake. But Delilah does what she always does – she seeks justice for those who need it most. The series is produced by Warner Bros. Television and Harpo Films, filmed in Charlotte, North Carolina, and will air on OWN in March 2021.

Do you plan to watch?