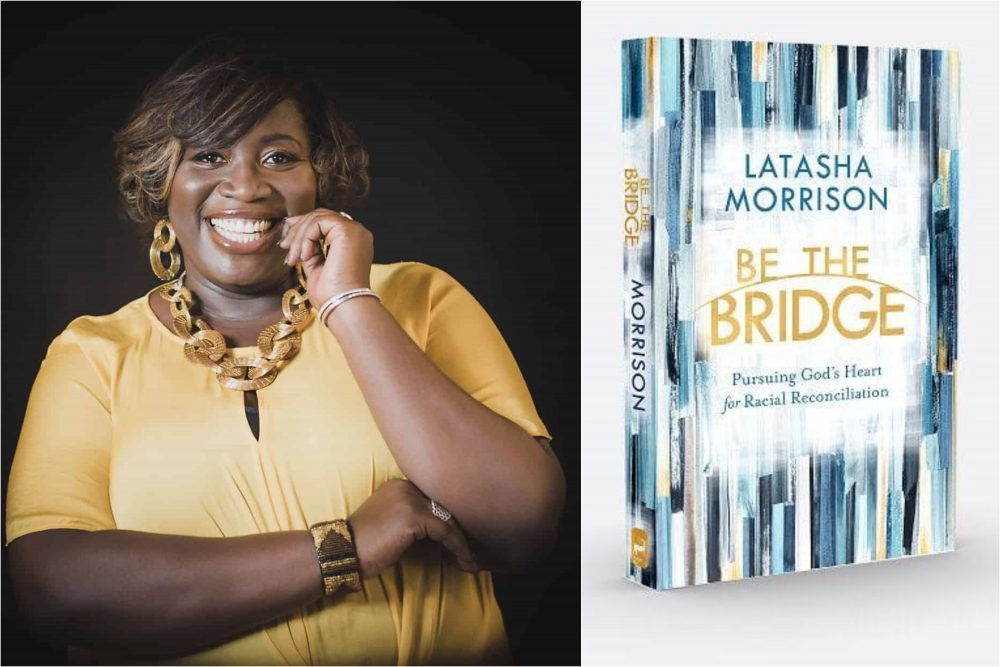 As my father is a passionate advocate for racial reconciliation and we both live in the civil rights capital of the world – metro Atlanta – I have inherited that passion as well. It was the reason that in 2017 I interviewed Latasha Morrison, founder of Be the Bridge, an organization designed to “encourage racial reconciliation among all ethnicities, to promote racial unity in America, and to equip others to do the same.”

Below is an excerpt of my interview with her for the The LOOKOUT:

What inspired you to create Be the Bridge?

Latasha: We all live pretty homogenous lives. We know that 80 percent of people hang with or have friendships with people they go to church with, and if probably less than two percent of our churches in the U.S. are multiethnic or multicultural, who are we hanging out with? I’ve met people who don’t have any friends outside of their own ethnicity. When I moved from Atlanta to Austin a few years ago, it became a burden for me to see the church so racially segregated. Rather than complain about it, I wanted to look at the problem and see what we can do to change it.

Also there was one specific incident that really affected me. I had just seen the movie 12 Years a Slave and that was a story that most people haven’t heard—the slave narrative. Some white people believe slaves were happy living in the South. I had an incident in my church where I was talking to a lady about segregation and desegregation. She basically said you know what Lincoln did to the South was horrible and some of the slaves were treated like family. That was the most absurd thing I’ve ever heard in my life, and it made me angry. This was someone in church who is a seasoned Christian. It was very hurtful, but I understood she was speaking from a place of innocence in a way. She had no idea what she was saying or the injury she was causing me. She had no idea about the atrocities of slavery.

To read the rest of my interview, click on lookoutmag.com.

Two years later, Latasha is ready is to tell how the Be the Bridge ministry has grown and more in her first book “Be the Bridge: Pursuing God’s Heart for Racial Reconciliation.” Below is the official description about Latasha and her book.

A leading advocate for racial reconciliation offers a clarion call for Christians to move toward relationship and deeper understanding in the midst of a divisive culture.

With racial tensions as high within the church as outside the church, it is time for Christians to become the leaders in the conversation on racial reconciliation.

This power-packed guide helps readers deepen their understanding of historical factors and present realities, equipping them to participate in the ongoing dialogue and to serve as catalysts for righteousness, justice, healing, transformation, and reconciliation.

“Be the Bridge” will be released on Tuesday, but she is offering some great bonuses if you pre-order! And if you would like to read an excerpt, click waterbrookmultnomah.com.

Latasha will be hosting a book release event in Atlanta at Auburn Avenue Research Library on African American Culture and History on Tuesday! Please see below for all of the details. 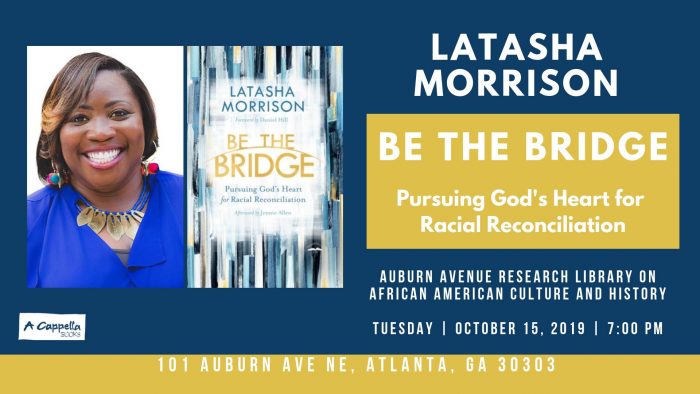 And Latasha’s book trailer for “Be the Bridge” is below.