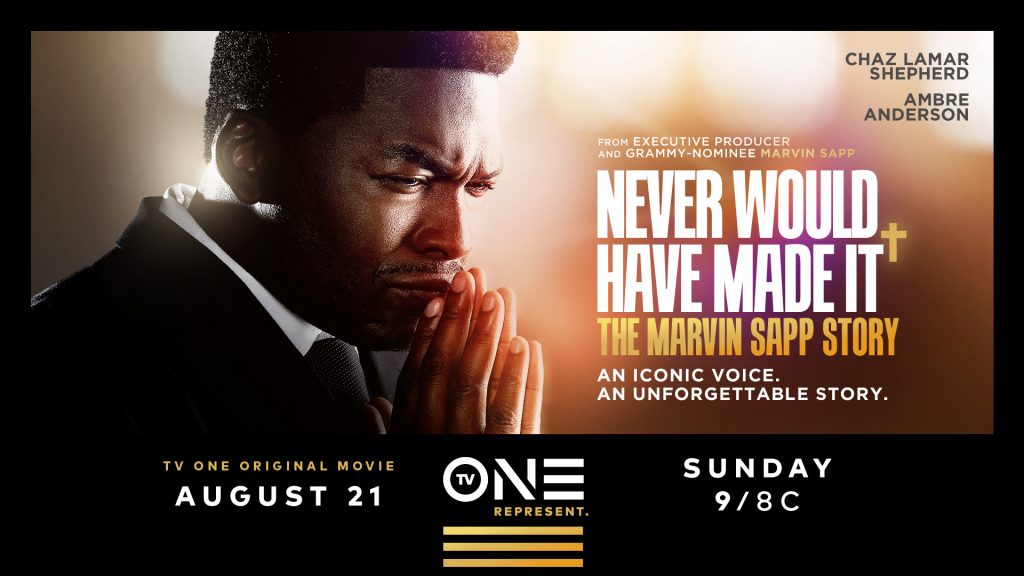 I LOVE LOVE so this is my favorite post of today…Bishop Marvin Sapp recently announced on social media that his son Marvin Sapp Jr. got engaged! See the jubilant post below…

Additionally, Bishop Sapp is excited for the world to see how his own love story unfolded with this beloved and late wife Dr. MaLinda Prince Sapp. See his post below…

Below is more information about the upcoming TV One film film, titled “Never Would Have Made It: The Marvin Sapp Story.”   Chaz Lamar Shepherd (“Marvel’s Luke Cage” “The Game”) will take on the lead role as Marvin Sapp. Joining Shepherd is Ambre Anderson (“Power Book II” “Manifest Evil”) who is cast as Sapp’s wife, MaLinda Prince Sapp.

The Marvin Sapp biopic chronicles the prominent gospel music artist and preacher’s Michigan upbringing, battle against teenage alcohol abuse, love for MaLinda Prince, rise in the music industry and growth in his faith. Sapp came into prominence more than 30 years ago as a member of Commissioned and is widely known for his award-winning, chart-topping crossover hit “Never Would Have Made It.” Currently, he is an author, radio show host and senior pastor of The Chosen Vessel Cathedral in Fort Worth, Texas and pastor emeritus of Lighthouse Full Life Center in Grand Rapids, Michigan – the church he founded with his late wife.

“Never Would Have Made It: The Marvin Sapp Story” is scheduled for an August 21 release on TV One.

Congrats to the Sapp Family! 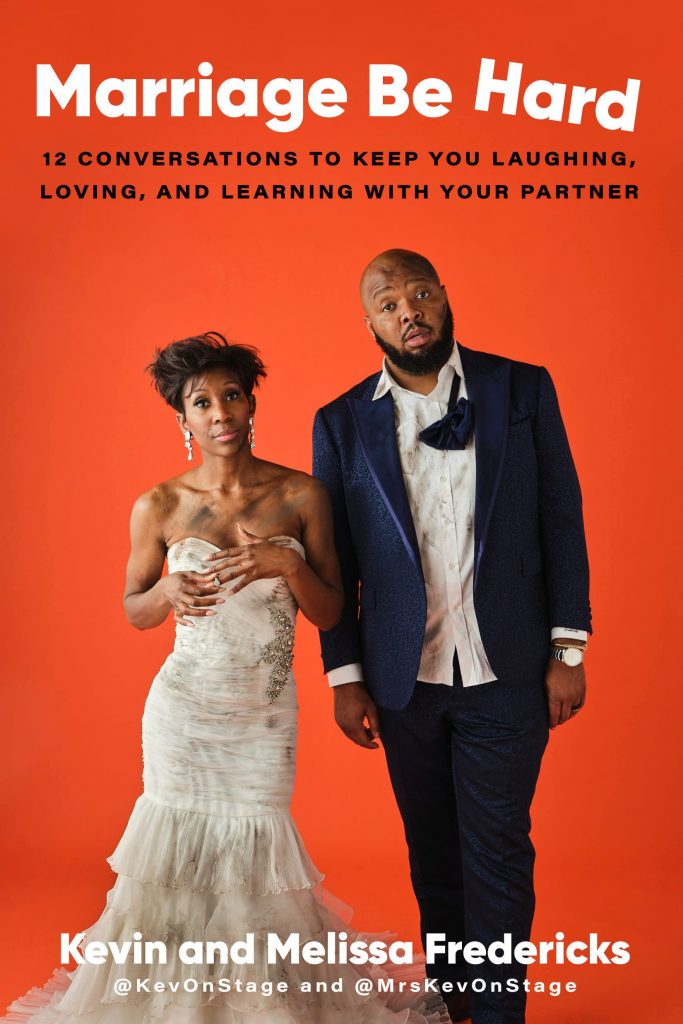 Christian comedian KevOnStage has had me laughing for years on social media. And within the last few years or so, he has featured his wife Mrs. KevOnStage more and more so I’m not surprised that the two of them have written a book entitled Marriage Be Hard: 12 Conversations to Keep You Laughing, Loving, and Learning with Your Partner. The  Fredericks’ new book is slated to be released on September 13!

See the official book description from Penguin Random House below:

Growing up, Kevin and Melissa Fredericks were taught endless rules around dating, sex, and marriage, but not a lot about what actually makes a relationship work. When they first got married, they felt alone—like every other couple had perfect chemistry while the two of them struggled. There were conversations that they didn’t know they needed to have, fears that affected how they related to each other, and seasons of change that put their marriage to the test. Part of their story reads like a Christian fairytale: high school sweethearts, married in college, never sowed any wild oats, with two sons and a thriving marriage. But there’s another side of their story: the night Melissa kicked Kevin out of her car after years of communication problems, the time early in their marriage when Kevin bordered on an emotional affair, the way they’ve used social media and podcasts to conduct a no-holds-barred conversation about forbidden topics like jealousy, divorce, and how to be Christian and sex positive. (Because, as Kevin writes, “Your hormones don’t care about your religious beliefs. Your hormones want you to subscribe to OnlyFans.”)

In Marriage Be Hard, the authors provide a hilarious and fresh master class on what it takes to build and maintain a lasting relationship. Drawing on interviews with experts and nearly two decades of marriage, they argue that

Real marriage is not automatic. It ain’t no Tesla on the open road. Sometimes it’s a stick shift on a hill in the rain with no windshield wipers. But if you get comfortable visiting—and revisiting—the topics that matter, it can transform your bond with your partner and the life you’re building together. Written for those tired of unrealistic relationship books—and for anyone wondering if they’re the only ones breaking all the rules—Marriage Be Hard is a breath of fresh air and the manual you wish existed after you said “I do.”

Kevin Fredericks is an NAACP Image Award–nominated comedian, the founder of KevOnStage Studios, and a superstar on social media. His work and commentary have been featured by Good Morning America, Complex, Ebony, Newsweek, The Daily Beast, and MSNBC.

Melissa Fredericks is a Los Angeles–based influencer dedicated to helping women become the best versions of themselves through honesty, transparency, and vulnerability. Together, she and Kevin are the founders of The Love Hour, a podcast that has been downloaded millions of times to date.

The book has already received an endorsement from Tabitha Brown!

“Kev and Melissa are not afraid to tell the truth!”—Tabitha Brown, New York Times bestselling author of Feeding the Soul 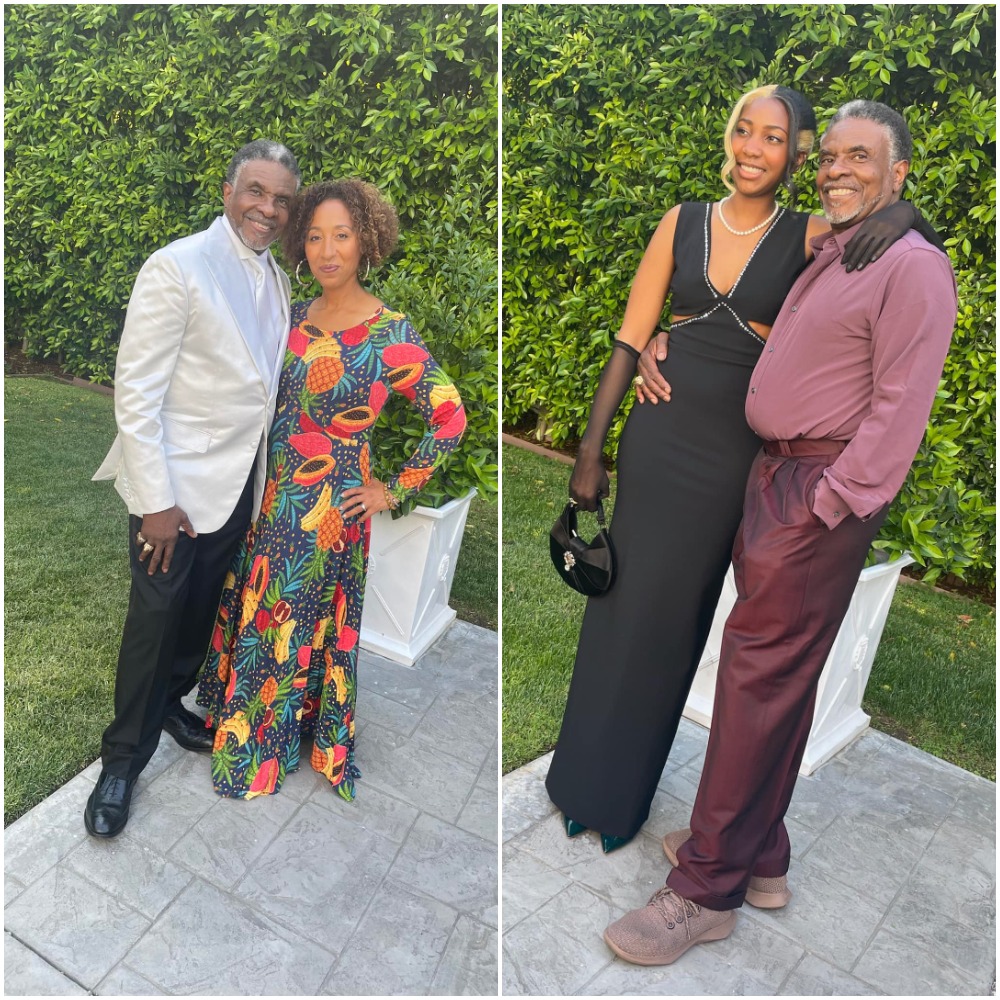 And Hello May! By now, I think I have finally accepted that Bishop Greenleaf is a fictional character and that actor Keith David is not actually him. However, that doesn’t stop me from keeping tabs on Bishop…I mean Keith’s social media…

From the looks of things, Keith had a pretty good week last week! In addition to celebrating 21 years of marriage to his wife Dionne ( a milestone for anyone but certainly for a celebrity), he also celebrated his youngest daughter Ruby’s 18th birthday (Ruby looks like her mom, right? I wonder if she is heading to the prom in this pic?)!!!  And clearly the pictures were taken in the same spot although Keith has on husbae shoes in one pic and dad shoes in the other. LOL! I’m guessing this is their backyard because of the wall of greenery. From the walkway and the landscaping, I can tell that the David family is living pretty good…Anywho….

Still hard to believe we’re not shouting out Bishop & Lady Mae and Charity, but it’s all good anyway…See the social media posts below…