Oxygen Media reimagines the network’s popular franchise and heads to The A with the series premiere of “Preachers of Atlanta,” on Wednesday, February 3 at 10 PM ET/PT. Through the lens of five pastors with drastically different approaches to their ministry, the show explores many of the most hot-button and polarizing issues in America today. From passionate discussions surrounding the validity of unorthodox ministry methods to first-person accounts of the rippling and emotional effects of racial tensions with law enforcement, these unconventional preachers have no boundaries when it comes to tackling real issues that affect real people in their communities. The five preachers challenging the status quo are Pastor Corey Hambrick, Pastor Le’Andria Johnson, Pastor Canton Jones, Pastor Kimberly Jones-Pothier, and Pastor Judah Swilley.

“Preachers of Atlanta” offers a fresh perspective on men and women of the cloth determined to meet people in their current circumstances in order to inspire a resurgence of faith. Their ministries include communicating spiritual messages through hip-hop lyrics and venturing into the neighborhoods of Atlanta to find those in need. The pastors are real, passionate, and unashamed in their transparency, using their imperfections and out-of-the-box ways to reach a new generation for God. 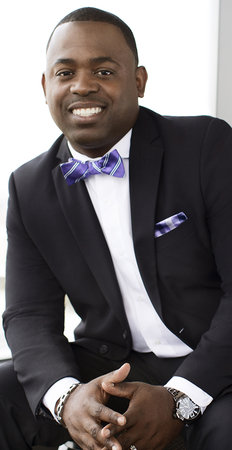 An Atlanta native, Pastor Corey Hambrick is the pastor of the Life Church Christian Center. Recently celebrating its fourth year of ministry, the Life Church Christian Center has become one of the most buzzed-about churches in the Conyers community. First hearing the call of God at the early age of 14, Pastor Corey believes in the importance of building up the church and also the community. Living by his conviction to not only save souls but to also save lives, Pastor Corey divides his time between his ministry and being a Sergeant Detective at the City of Conyers Police Department.

Between spending quality time with his wife, Corrinne, and their beautiful daughters, Chloe and Mariah, uplifting his congregation, and defending the shield he wears with honor against those who question its merit, Pastor Corey remains committed to his work as both a pastor and a police officer. 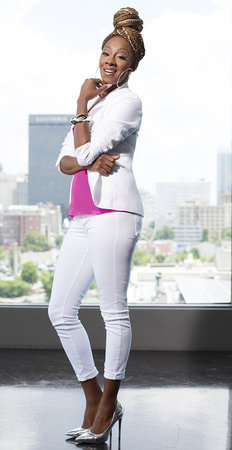 A Grammy® Award-winning recording artist, Le’Andria Johnson currently pastors I.P.C. (Imperfect People Changing) Ministries in Atlanta. Employing what some may consider unorthodox methods in her ministry, she is willing to take extreme measures to reach those in need.

In addition to winning a Grammy, Le’Andria is a two-time Stellar Gospel Music Award winner and Billboard magazine’s #1 Female Gospel Albums Artist of 2012. Le’Andria has taken the gospel music scene by storm since being crowned the season three winner of BET’s “Sunday Best” in 2010. The Music World Gospel recording artist’s groundbreaking and chart-topping debut CD, The Awakening of Le’Andria Johnson, entered at #1 on multiple music charts, including both the Billboard Top Gospel Albums and the Top Christian/Gospel Albums charts. The CD also debuted at #1 on the Christian Music Trade Association’s Current Gospel Overall chart.

In 2011, Le’Andria received her first Grammy® Award for Best Gospel/Contemporary Christian Music performance for her debut single, “Jesus.” In 2012, she received her first NAACP Image Award nomination for Outstanding Gospel Album (Traditional or Contemporary) for her current CD project, Le’Andria Johnson The Experience. Known for her captivating live performances, Le’Andria is expanding her music ministry and breaking new ground all over the world. 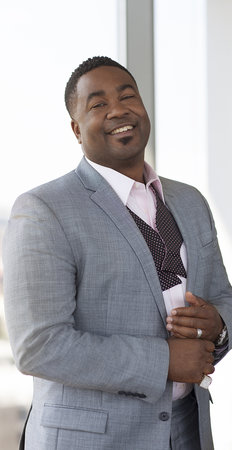 A Florida native, Pastor Canton Jones found his ministering voice through the power of music and is the pastor of Free Life Church. Currently residing in Atlanta with his wife and business partner, Ramona, and their three sons–Justice, Dominion, and Canaan–and daughter, Love, Canton ministers with determination and transparency, in the hope that this generation will find ways to incorporate God’s word into their own lives.

Pastor Canton is the president of Cajo Records and serves as a media triple threat, working as a successful rapper, songwriter, and producer. Pastor Canton has performed in front of millions of people and released countless albums throughout his lucrative career. An award-winning artist, he has been nominated for a Grammy and a Stellar Award, and he has won three Gospel Choice Awards.

With a jam-packed schedule, Pastor Canton is faced with juggling his musical career, serving his congregation, and continuing to expand his musical ventures, all while preparing to welcome a new bundle of joy into the family. 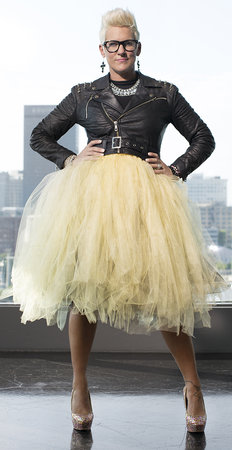 Church of the Harvest

Pastor Kimberly Jones-Pothier is a life coach and mentor with the desire to lead others to their purpose by realizing their passion. The daughter of two preacher parents, Pastor Kimberly and her husband, Mark Pothier, are Senior Pastors of Church of the Harvest in Fayetteville, Georgia, where they reside with their two sons, Morgan and Lyncoln.

Pastor Kimberly leads a movement called Conquering Hell in High Heels and travels the world preaching, teaching, and leading others as she “loves people back to life.” A well-known evangelist, she balances running a thriving church and staying up-to-date with both her congregation and her social media followers. Her toughest challenge yet may be upon her as she prepares to meet her husband’s sons from a previous relationship for the first time while working to spark her own sons’ interest in the ministry. 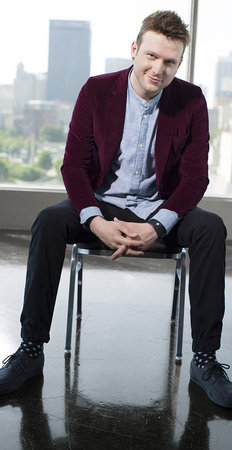 Judah Swilley grew up in the ministry and is a fifth-generation preacher. He recently launched a new church called The Movement, where he pastors full-time at weekly worship services, hoping to inspire youth to come back to the church. Judah feels that people, particularly youth, are hungry for God, but are done with the “division of religion.” His goal is to bring people from all walks of life together in a mission to change the world. By presenting God in a loving light and relevant way, he feels that this next generation will fall in love with God the way he did so long ago.

Prior to starting The Movement, Judah served as Youth Pastor of Church In The Now for six years and grew the ministry to one of the largest youth outreaches in the Atlanta area. Judah travels to churches, conferences, and schools across the country to share his story and spread the love of Christ in a real and radical way. In addition to ministry, music has been one of Judah’s premiere passions since he was just five years old. At 12, he released his first album and has since released many records that have received national attention, with his music being featured on numerous news channels, radio stations, and media outlets.

Below is the trailer:

Aside from the press release, I do have some thoughts about this upcoming “Preachers” installment. I am not against reality shows, but I do feel there must be limits. Please read my post “Why Mary Mary May Need To Get Off Reality TV…My Open Letter to Erica & Tina Campbell.”  All that aside, I am excited to see what will unfold in my hometown, which is arguably the most “churched” city in the USA! If more people will be exposed to the gospel of Jesus Christ, I am all for that! Now, when it comes to the specific pastors who will be featured on the show, I have mixed feelings. When I wrote a post about Pastor Le’Andria Johnson, “Was It Wrong for ‘Sunday Best’ Winner Le’Andria Johnson to be Drunk Allegedly on Periscope?” back in September, I had no idea she was a pastor and would be featured on this show. I had heard she started a ministry, but I didn’t know she actually held the office of pastor. As a pastor, you are held to a higher standard which is why many of us (including me) do not profess or should not profess to be pastors. I really have no idea what to expect from her on this show, but I’m sure she will be the one who will get people talking! Other than Pastor Le’Andria Johnson, the only other pastor I am familiar with is Pastor Canton Jones. I’m a fan of his music, but I had no idea that he is a pastor of a church! So I am curious about his role in the show as well. I recognized Dr. Alduan Tartt, a noted Christian psychologist in Atlanta, who is speaking with Pastor Corey Hambrick on the trailer so I’m also curious about his storyline.

For more “Preachers of Atlanta” content, visit the official show site to see exclusive video, behind-the-scenes photos, news, interviews, and bios. During the premiere of each episode, viewers can watch and interact with real-time content synced to the show, including chats, photos, bonus videos, and more. To learn more about the cast and get exclusive, snackable content, like the official Preachers on Oxygen Facebook page and join the conversation on Twitter and Instagram using #PreachersofAtlanta.