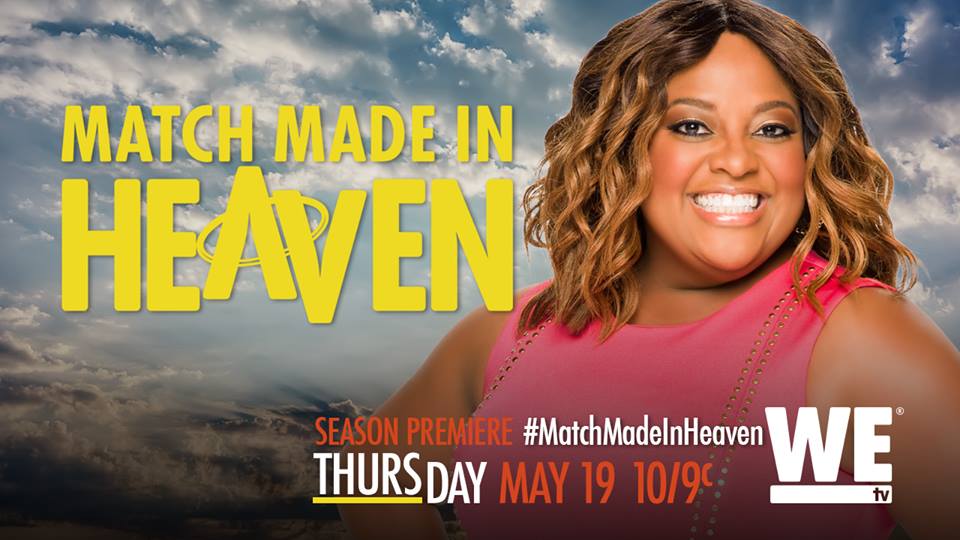 We’ve all read the story of how God put together Adam & Eve in the Garden of Eden in Genesis. Well, Sherri Shepherd, executive producer and host of Season 2 of We tv’s “Match Made in Heaven” is trying to put together her own match without the original sin of Eve falling for the devil’s temptation. Last night, I attended an Atlanta screening of the first episode of Season 2’s “Match Made in Heaven,” which will officially debut tonight at 10 p.m.EST  on WE tv!

Sherri, who is my favorite Christian celebrity and featured in my book “After the Altar Call: The Sisters’ Guide to Developing a Personal Relationship With God,” hosted the screening and explained why she got involved in the show. “When Elizabeth Hasselbeck would talk about the ‘The Bachelor’ every week on ‘The View,’ Whoopi and I were very vocal and would say, ‘Where is the black bachelor?’ It was very frustrating. I couldn’t continue to support a show without someone who looked like me.”  Sherri also told the audience why former professional football player and successful Atlanta businessman Stevie Baggs was chosen at this season’s bachelor. “I wanted a bachelor who had integrity, loved God and loved his mama, and we found one in Stevie Baggs.” Finally, she explained how “Match Made in Heaven” is different from “The Bachelor” other than having a black bachelor. “We have a chaplain from the Indianapolis Colts and the x-factor is Stevie’s mom. Any woman who has a son, you know you are very protective of your child. She is a firecracker. I want to show everyone that black love matters.”

If you don’t want to know what happens in this jaw-dropping first episode, stop reading now!

The episode starts off with Sherri standing in the middle of lush and picturesque green garden à la the Garden of Eden in front of a beautiful home in Los Angeles. She explains that Stevie Baggs, 33,will be searching for The One among 18 beautiful bachelorettes who will live together in the home. Each week, they will be offered temptation challenges, nestled in red apples, that are designed to show the true colors of the women. In the first episode, there is also another twist – Stevie’s mother Lola who pretends to be Mona the production assistant. As Mona, she goes undercover living with the women so that she can she see who is really good and who is actually evil. As we all know, we are who we really are when we think no one is watching, and how we treat people who are perceived to be “the least of these” is also a true test in character.

It’s hard to distinguish yourself among 18 women, but a few managed to stand out. First there is Alexandria, a 24-year-old virgin from San Francisco, California. But she is unlike any adult virgin I’ve met. Instead of being demure and classy, this “virgin” has all her assets on display so much so that “Mona” suggests that she wear a less risqué dress when is she getting dressed to meet Stevie for the first time. In addition, she also exhibits a lack of home training when she pours orange juice on the floor. I guess she thinks Mona the production assistant is Mona the maid. Then you’ve got Medgie, 30, who is from Brooklyn, New York and comes in yelling “Brooklyn in the house!” She’s obviously going to the house’s “around- the-way-girl” who keeps it real and raw.

Instead of the token black person, there is a token white person in Kimmy, a 32-year-old entrepreneur from San Antonio, Texas. There is Sincerely, a 33-year-old spa owner from Atlanta who was at the screening last night. She says she is looking for a man who is comfortable on the “red carpet and racetrack.” And last but not least is Elle, a 27-year-old publicist from Washington D.C., who runs to meet Stevie first when the ladies are given the opportunity to meet him for the first time. In addition to being aggressive, Elle reveals more of who she is when she says, “Clearly everyone wants their jacket,” in a dismissive tone when Mona asks if any of the ladies needs a jacket when they are out in the garden at night time. 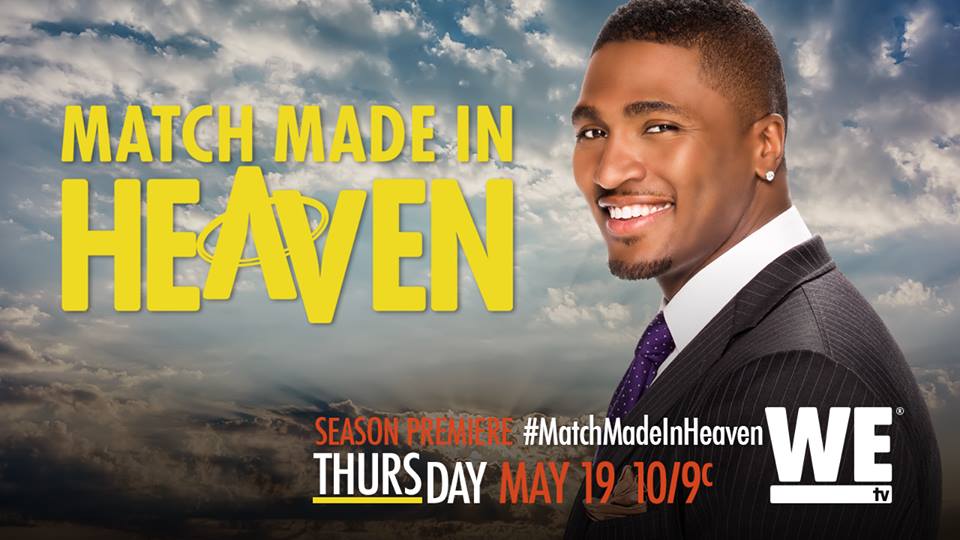 Prior to the women meeting Stevie, he explains to Sherri why he is looking for love on “Match Made in Heaven.” “I haven’t found a woman who compliments me, and I compliment her.” He also admits that he is not perfect. “I’m a man who is not flawless, but I am faithful,” says Stevie, who played on 11 professional football teams, owns seven businesses and is a father of one daughter. Stevie also discusses his quest for love with Pastor Ken Johnson. “Are you really here for love,” asks Pastor Ken. After Stevie says yes, Pastor Ken explains that he should look for “a woman who can take care of a man’s heart.” The time has come for Stevie to meet the ladies. Prior to meeting the bachelorettes, Sherri describes Stevie to the women. “He is chocolate goodness. If you are a borderline diabetic, you’re going to need some insulin!”

Lachia, a 29-year-old Latina from Philly, has the most dramatic reaction to Stevie, and tells Stevie that it is “love at first sight.” (Smh…Even if you feel that way, never tell a man that on the first date because there won’t be a second one. That is scary.” Medgie (is that short for something?) yells, “God bless him” after seeing Stevie for the first time. Stevie is impressed by Sincerely, who wore a roomy and flowing dress that didn’t show everything unlike Alexandria the Virgin. Stevie isn’t shy about asking Kimmy if her family will have a problem with her seeing a black man. She assures him that, “Color does mean anything.”

Just about every woman’s mouth opened like they were at the dentist’s office when Mona explained that she was really Lola, Steve’s mother. She also explained that she had the first choice in who was being eliminated. I thought she was going to choose Elle after her jacket comment, but she chose Alexandria, who she called out for acting like a harlot and pouring orange juice on the carpet. But she did put her son on notice about Elle and her choice of words. Elle, who attempted to be apologetic, says, “I’m not perfect. I am a work in progress.” Umm okay..Lola also noted that she found some dirty underwear left on the floor of the bathroom. While she was unable to figure out who left the underwear, she told the women that domestic skills are also important and praised Medgie for not letting Mona clean up after her.

After the first elimination, Sherri explains to the women that instead of a rose, the women will get a text to find out if they can stay or if they have to leave. Tiffany, who I don’t remember much about, is sent home and that is probably why she was sent home. If Stevie is unsure about any of the women, they will get a text telling them to meet him on the bridge in the garden for a discussion. Erica, an attorney, Elle and Lachia get “need to talk” texts.  After Elle assures Stevie that her attitude has been adjusted, he decides that she can stay and notes that she is one of the most beautiful women in the house. Stevie gives Lachia a chance to explain her “love in first sight” comment, but instead of backing away from the comment, she assures Stevie that she is really in love. Stevie decides to send her home, stating that he is looking for love but not in love at that moment.

So y’all I’m thinking of recapping season 2 of “Match Made in Heaven,” which debuts tonight at 10 p.m. on WE tv!

Here is a video from last night’s screening. Sherri interviews Stevie and his mother Lola…

What do y’all think?