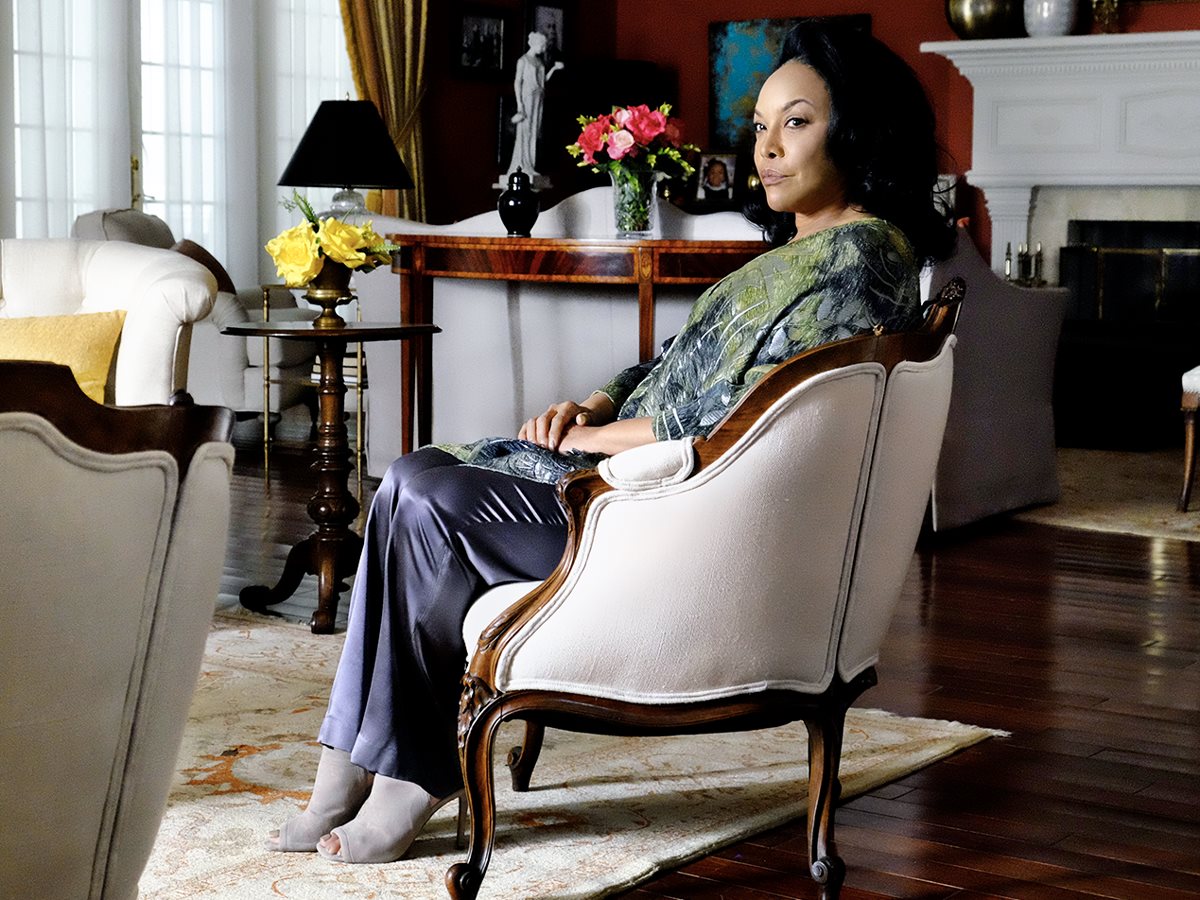 In the opening scene, Isabel is nearly drowning in the minutia that is wedding planning. She asks her fiancé Noah to decide whether he wants napkins with the words “Noah & Isabel” or the words “Mr. & Mrs.” on them? (Aside: As a kinda newlywed since I was married three years ago next month, I know the game she was playing. The truth is a typical bride pretty much wants to plan everything and just have the groom show up and say, “I do.” But to demonstrate egalitarianism since marriages are supposed to be about two equals coming together, a bride occasionally asks for the input from the groom although she really doesn’t want it…Marriage is about  egalitarianism. Weddings are not…LOL…)So Noah picks the first option while Isabel was hoping for the second. And before they can get into why they haven’t really agreed on very much when it comes to wedding planning, in walks Grace. I see why Isabel is pushing for “Mr. & Mrs.” because when Grace is around, Noah isn’t really thinking about Isabel. Isabel knows that too which is why she asks Grace who will be her plus one at the wedding. When Grace replies her daughter Sophia will be her date, she offers to pray for her in a condescending but yet not entirely confident tone…

With every episode, we’re getting closer to knowing why Grace really came to town. I think her main goal is to bring Uncle Mac down and prove that his actions led to Faith’s death and if things fall apart in the process so be it. In this episode, Grace approaches Noah about hacking into her uncle’s computer. Noah says it’s no problem as the security team had to do something similar when a church employee was thought to be downloading porn onto a computer…smh…Noah has a revelation for Grace as well. He tells her that after the wedding, he and Isabel are moving to Denver, Colorado.

While Noah and Grace are getting their digital I SPY on, Lady Mae and Isabel walk the grounds of the Greenleaf estate. As the First Lady is paying for the wedding, she explains how lavish it will be. She says the cherry trees will be like a white tunnel of love. That sounds divine, doesn’t it? Despite the fact that Lady Mae is paying for the wedding, Isabel isn’t entirely sure that her wedding day will go as planned. She confesses to Lady Mae that she is worried that Noah “is still holding a torch for Grace,” particularly since they nearly married 20 years ago. Lady Mae, however, assures her that Noah and Grace are in the past and says that all men seem to be indecisive as the wedding day gets closer. She says, “All men, Bishop included, think as their wedding approaches, is she the one?” She concludes with, “You mark my words. Noah loves you.” Hmmm….Noah may love Isabel, but that doesn’t mean that he doesn’t love Grace more…As they say, you never forget your first love…

Just when I thought this episode would focus on Noah, Isabel & Grace with a side of Mac (which is already a full course meal), the town of Memphis becomes incensed when it is announced on television that David Nelson, the police officer who shot an unarmed, 16-year-old boy Kenneth Collins, will not face criminal charges. Calvary is blamed for having influence in the city as Nelson is a member of the megachurch. Of course the Bishop is none too happy about being brought into the controversy.

Still trying to convince his father that he is a worthy partner in ministry, Jacob convinces his father to take a meeting with the Christian television network executive. Rather than to convince the Bishop that more people need to hear of the gospel of Jesus Christ through the reach of television, he emphasizes the material wealth that can be gained. He says, “I never thought I would own a Jaguar, and now I have three.” That is such a despicable reason to get on television if you are supposed to be a true preacher of the gospel. To me, there is nothing wrong with wanting to have nice things, but things should not be the aim of a ministry on television or otherwise…Okay, off the soapbox and back to the Greenleaf recap…Curiously, the Bishop shuts down the executive with the words, “I will not the hawk the gospel like a ginsu knife” and then tells him to “Get out!” If only I believed the Bishop because I do believe that he has no problem hawking the gospel…Jacob is understandably puzzled about his father’s strong reaction…

After the city erupts following the announcement that no charges will be filed against David Nelson, Grace is concerned about his safety and goes to see him in his hotel room. He tells her that he plans to move far, far away to escape it all, but she tries to convince him that he needs to stay and be a part of healing that needs to happen in the city. He listens but tells her he will send her a postcard from Delaware. I know that’s right!

The Bishop ventures off of the gilded campus of Calvary and into the city to see a more humble pastor who has been publicly calling out the Bishop for his support of David Nelson. This pastor is involved in the Black Lives Matter movement and is showing hanging protest signs. But instead of squashing the situation, the pastor tells the Bishop that he will “long for the days when all I did was call you out.” Okay…what does that mean?

What Happens in Nashville

As Grace requested, Noah delivers the contents of Mac’s computer to her on a hard drive. She discovers that he had appointment in Nashville presumably at an abortion clinic. With this knowledge, Grace tries to get Danielle to tell the truth about what happened with her and Mac. Danielle still denies that anything happened until Grace tells she knows what happened in Nashville. Danielle then reveals how Mac came seduced her. He took her to school when her mother wasn’t available, brought them dinner, etc. Finally, Mac took to the church camp to teach her how to “fish” and then she comes up pregnant. They go to Nashville where the abortion is performed. She ask Grace, “Am I going to hell for killing my baby?” Danielle is also concerned that her revelation would put her mom’s scholarship that she is receiving from Calvary in jeopardy. She also tells Grace that she will come forward if she is not the only one. It seems that Mac targets the daughters of single parents…Faith wasn’t the daughter of a single parent, but her parents are obviously distracted by Calvary business…just sayin’…

After doing more digging, Grace realizes that many women/girls have received scholarships over the years courtesy of Mac. They are given out at an scholarship reception that Lady Mae holds each year. Grace confronts her assistant about a scholarship that her daughter received without having to go through the usual application process. The assistant realizes then Grace knows her daughter’s secret and when Grace asks her why she didn’t go after Mac, she says that Calvary is her church and, “the Bible says don’t look back.” Grace also realizes that is if she reveals the scholarship payoffs she will end up wrongly implicating the church when Mac is the sole culprit.

So the Bishop and Lady Mae have an intimate discussion in their bathroom. I would guess that all discussions in the bathroom are intimate…LOL…Anywho, as the Bishop is brushing his teeth or dentures (I’m not sure), they fall out or something like that…Obviously, he is sick….Lady Mae asks him when he is going to tell the children what is going on him…Apparently, the real reason he doesn’t want to be on television has to do with some sort of illness…That’s all I’ve got at this point….

When Grace goes to Noah’s home to tell him what she found out after speaking with Danielle, she expresses remorse that Mac is the reason why they broke up all of those years ago. Noah tells Grace that he always thought she would end up with someone more exciting than him anyway, but Grace says that when she was with Noah, she always felt like “you were home to me.” So that line got to me. Very good one OWN! And just like that, their clothes fall off. LOL

Grace does the walk of shame the next day back up to the Greenleaf mansion as Noah lives on the property and hope that no one notices. Unfortunately, her archenemy Lady Mae is up and confronts her with the words, “You look like you’ve been rolled hard and put away wet.” And that’s a GREAT line OWN! I will have to remember that line…She also says, “You won’t be satisfied until you’ve burned this place to the ground.”

So Noah and Grace sneak looks at each other as they travel through the parking lot to get to the church building. Noah is walking with Isabel while Grace is with Sofia. In the midst of that, David Nelson shows up, walks up to Grace and tells her that he decided to stay in town after all. Right then, the brother of Kenneth Collins approaches Officer Nelson and shoots him in front of everybody!!!

And that was THE END…

Yeah, that was A LOT for one episode…So I’m thinking that the title of this Greenleaf episode comes the gruesome story that Sophia is telling her mother about throughout the episode. Sophia tells her about a Levite in the book of Judges who cut his concubine into 12 pieces. Sophia was puzzled by such a story being in the Bible and I think Grace told her to read the whole book….I think….Also, I think the fact this story came from Judges is about Calvary being judged….

Check out the confrontation between Grace and Lady Mae below…