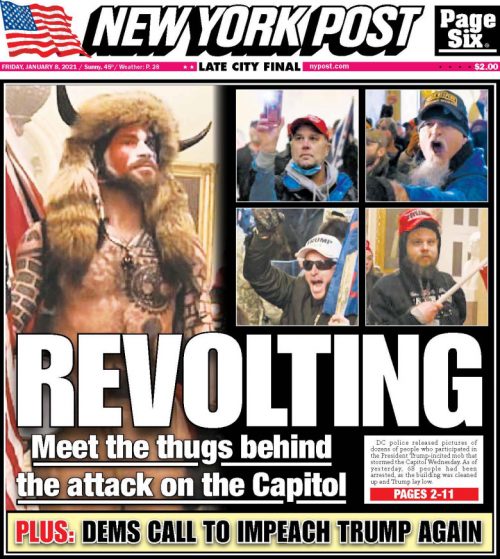 I try, as much as I can, to stay away from politics because it is a such divisive topic. But after watching the U.S. Capitol Building under siege last Wednesday, I must address it here. My goal is to not share my opinions although I have strong ones. My goal is to share critical thoughts that I hope Christians can use to help us all to discern what God is saying to us.

From the moment President Trump then just reality TV star Donald J. Trump began running for office in 2015, he has caused  controversy. There were those who didn’t take him nor his campaign seriously because he was known as reality TV star with a penchant for creating publicity. Many thought he was simply running for president as a way to expand his brand. But as the presidential race continued, one by one each Republican was knocked out of the race. And what a race it was. Name calling was one of his favorite tools in his arsenal. He called Jeb Bush “Low Energy Jeb.” Ted Cruz was “Lyin’ Ted.” “Little Marco” was his choice for Marco Rubio. It was funny for some but others were appalled. Due to this behavior as well as others qualities, Republicans still didn’t take him seriously until he was actually selected as the Republican nominee for the 2016 presidential election. Still, there remained a faction who referred to “Never Trumpers” who were dedicated to not getting on the Trump Train no matter who jumped on it.

Surprisingly for some, evangelical Christians were among those who jumped on board. Despite the Two Corinthians situation and Access Hollywood tape, evangelical Christians, by and large, voted for him while many other Christians, namely black Christians, didn’t support him for a variety of reasons including his questioning the birth certificate of our nation’s first black president Barack H. Obama and other incidents in which some believe that Trump demonstrated racism. This is a chasm that continues until this very day although there have been many well-known black Christians such as Dr. Alveda King, the niece of Dr Martin Luther King Jr., for example, who support the president.

Now after what happened on Wednesday, the president has been booted off of social media, he has stated that he’s skipping the inauguration of President-elect Biden and he may be impeached for a second time. Again, this is not even exhaustive list of all of the controversies that transpired during the Trump presidency…

Both those who support President Trump and those who do not have to agree that many of these controversies are unprecedented in a presidency. When the Lord wanted to get Moses’ attention in a unique way, he was presented with a burning bush in which an angel of the Lord spoke to Him from the bush. Aside from an angel being in the midst of a burning bush, it was also unique that even though it burned, it was not consumed. I’m desperately hoping that is the case for this country. We are on fire, Saints, but I pray we are not consumed. The U.S. Capitol Building under siege is a sign that no one can ignore, and I think what has happened since is an indication that many others feel this way as well. It seems like some Democrats and Republicans are coming together to figure this all out in addition to Christians in both parties, and I believe that is good. What is God saying to us through the presidency of Donald J. Trump? I have many, many, many thoughts about what I think, but I won’t reveal them right now…