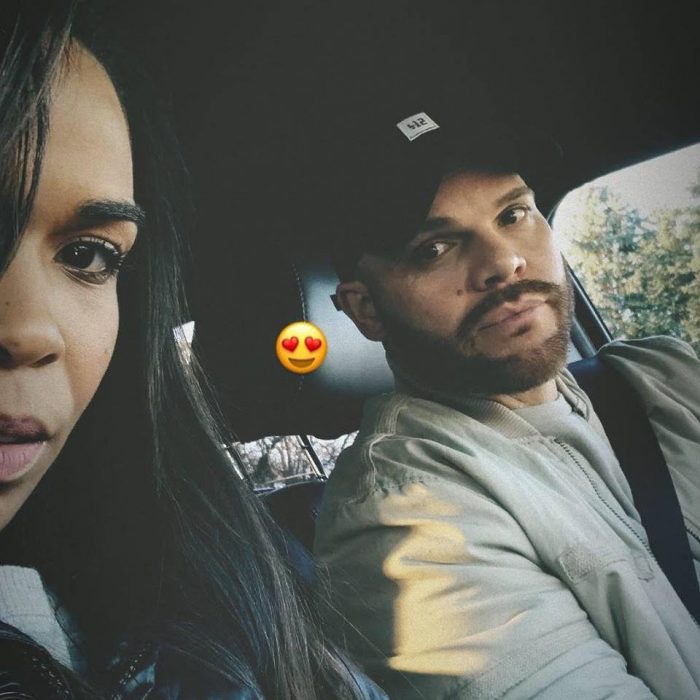 By now, you’ve probably heard that Michelle Williams, a member of the former trio Destiny’s Child, is engaged to Pastor Chad Johnson! I ALWAYS LOVE a love story, but I particularly love a love story that demonstrates how God works! Won’t He Do It?! Yes, He did and that is evident in how God brought the two of them together (at least from what we are privy to via the media)! Let me break down seven reasons why I love the love story of Michelle Williams and Pastor Chad Johnson…

1. Michelle Williams had to wait on the Lord…We’ve all heard that God is an on-time God, and He is. But the caveat is He may not come when you want Him to come, but He’s always on time…I must confess that I hate that sometimes…God’s timing that is…But there are so many verses that address waiting on God’s timing that I have to conclude that waiting is a part of the Christian life…Below are three of these verses:

“Wait on the Lord: be of good courage, and he shall strengthen thine heart: wait, I say, on the Lord.” Psalm 27:14

“The Lord is good unto them that wait for him, to the soul that seeketh him.” Lamentations 3:25

“Therefore I will look unto the Lord; I will wait for the God of my salvation: my God will hear me.” Micah 7:7

I bet it was hard to watch Beyoncé get married 10  years ago, Kelly get married 4 years ago while Michelle, who is making gospel  albums, was just waiting for God’s best to arrive! She had even gotten to the point where she was bitter about love. This is a quote from  her Instagram page: “I used to be so bitter and a hater when Valentine’s Day  would come around. I even found myself tweeting things like “Valentine’s Day is for suckers!” Welp….I’m a sucker! The Lord has been kind!” But her “someday my prince will come” story started last year and from what I’ve read, he is an admiral man of God, a pastor no less! But like I’ve learned”“Eye has not seen, nor  ear heard, Nor have entered into the heart of man the things which God has prepared for those who love Him.” 1 Corinthians 2:9

2. Pastor Chad Johnson had to have faith in God that his princess was on the way…Do you know that without faith it is  impossible to  please God? It says so in Hebrews 11:6! Read it for yourself! What does that mean? That means when even when you  cannot see how God is going to come through, you just know that He is and act on that belief. That is what Pastor Chad did when  he started saving for an engagement ring that he would present to his fiancée 11 years ago!!! ““On my 30th birthday, everybody came and celebrated me. The next day, I woke up alone. I was so lonely. I had a little pity party. My personal life was lacking so much, and I  was living so single,” recalls Johnson, who turns 41 in July. “So as a response to that moment, I opened up a ring account, and for 11 years, I put $150 into a ring account.” Read the rest of this story at people.com. He bought her a 5-carat ROCK! You hear me! Now that’s faith!!!

3. Michelle & Pastor Chad were looking for God before they were looking for each other…God absolutely insists that no one come before Him! And waiting/searching for that mate can become an idol if we’re not careful. But from what I’ve read, Michelle & Pastor Chad did not succumb to that temptation…They met at a Christian retreat…”Though Williams and Johnson hit it off immediately, both remained focused on the purpose of the Elevate International retreat. “I mean, he was cute,” the singer admits, “but I did not go to flirt with the pastor!”” Read the rest of the story at people.com.

4. Pastor Chad tried to holla at Michelle first…Y’all, I’m a liberated woman. Trust. But I have learned that man likes to hunt not be hunted. I know there are some who think that a woman should ask a man out, but I’m not one of them. Now I think it’s cool to flirt and let a dude know you’re interested but pushing up first i.e. asking a man out makes them feel like they got cheated in the game of pursuit…Like my favorite rapper Tupac says, “Hate to sound sleazy, but tease me, I don’t want it if it’s that easy.” And in the Bible it says, “He who finds a wife finds a good thing, And obtains favor from the Lord.” Proverbs 18:22

5. Michelle & Pastor Chad pushed beyond negative experiences…As you get older, unfortunately, often negative experiences   come our way. That is why God’s word says that we are to remember our creator in the days of our youth before the evil days come.   And when they do come, if we have that foundation of faith, we know that sun will shine again after the rain and there is ultimately gain in our pain…Both Michelle and Pastor Chad were having negative experiences personally when they met, but they pushed beyond  that to  come together…“When we met, both of us were in very similar places on a personal level,” says Johnson, who at the time had all but given up dating. “Michelle was coming off the heels of a really bad relationship, and I was just in a place of despair as well.”

6. Michelle & Pastor Chad were willing to try “something new…”…One of my favorite movies of all times is the 2006 movie “Something  New” in which black corporate exec Kenya McQueen dates and eventually marries white landscaping company owner Brian Kelly. At first, she is wary of  dating  a white man not only because of his race but also because he is not a corporate type. But his temperament and demeanor prove to be what she  needed all along…Although Pastor Chad could pass for black (at least from pictures and has the nerve to have a black last name LOL) he is, in fact, white. And he is willing to be with a superstar and all  that must entail. And he has proven to be up to the challenge according to Michelle’s Instragam page: “That amazing feeling of getting off the stage, running   back to the dressing room and I see someone standing there waiting for me! I always wondered how our worlds would mesh. I always wanted to protect who you  are, your ministry and platform because people are nuts and cruel, but you have covered me, prayed for me and told me that wherever I go, and whatever  stage I stand on to be a light! Soooooooo sorry I jumped on you but I’m glad to know you have muscles to hold me! You so stronnnnnnnng! 😂😂 I’ve waited  yeeeeeeears for someone who could come in to my world and be CONFIDENT and NOT insecure, love who I love and genuinely be there for people!! I LOVE YOU.”

That amazing feeling of getting off the stage, running back to the dressing room and I see someone standing there waiting for me! I always wondered how our worlds would mesh. I always wanted to protect who you are, your ministry and platform because people are nuts and cruel, but you have covered me, prayed for me and told me that wherever I go, and whatever stage I stand on to be a light! Soooooooo sorry I jumped on you but I’m glad to know you have muscles to hold me! You so stronnnnnnnng! 😂😂 I’ve waited yeeeeeeears for someone who could come in to my world and be CONFIDENT and NOT insecure, love who I love and genuinely be there for people!! I LOVE YOU @chadjohnson77!!! ❤️ #HoldOn #LoveIsComing #IPrayRealTrueGodlyLoveForEveryone #ThankYouJesus 📸: @parsons

7. Michelle & Pastor Chad’s engagement story is viral…You don’t have to be a superstar for God to work in your life, but when God has orchestrated a blessing in a star’s life, God’s name is lifted up! There are people out there who need to know that God loves and cares for each one of us and sometimes God elevates people so that His Good News can be spread throughout the world. What was Destiny’s Child –  Beyoncé, Kelly & Michelle – have had a worldwide stage in Coachella these past two weeks. And it was during this time that Michelle and Pastor Chad announcement their godly engagement! God is the ultimate show director and we are but characters in His world. I believe that He wanted as many people as possible to know that what He did for them, he can do for you if only you would have that personal relationship with Him FIRST…

So do you love that Michelle Williams of Destiny’s Child fame is engaged to Pastor Chad Johnson?

Won’t He Do It? Yes, He Did…I LOVE this song below…Check it out…

And if you want to look up more Bible verses, please go to biblegateway.com.

4 thoughts on “7 Reasons Why I Love That Michelle Williams of Destiny’s Child is Engaged to Pastor Chad Johnson!”