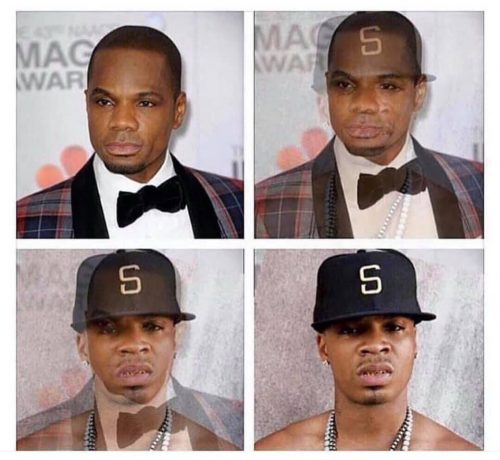 By now, I’m sure you’ve heard the explicit exchange between Gospel megastar Kirk Franklin, 51, and his estranged son Kerrion Franklin, 32. I first heard it on Saturday night, but because I was already preparing a pretty length post for the next day, I knew I would have to get to it at a later date. If you have not heard it, it is below…As I wrote above, it is explicit so if you are offended by hearing curse words, I suggest you not click on the IG post.

However, if do you want the gist of it without listening to it, here’s a summary of what was said…

“You need to get your skinny motherf**king a$$ back out the go**amn way before I put my foot in your a$$… I will break your neck! Don’t you ever disrespect me,” Kirk said.

“Did he just hang up the phone? ‘I’ll break your neck.’ Is that a threat?” said Kerrion.

Kerrion posted the exchange on his IG page. Along with the audio, he wrote, “This is why I’m done. No father should speak to their children like this.” He also posted more commentary that you can read in the IG post above.

Kirk has since responded to his son Kerrion posting this private conversation. See his IG post below.

Since then, despite what was said, many people have demonstrated their support for Kirk Franklin including Steve Harvey and Rickey Smiley. And I have to admit that I’m a fan of Kirk Franklin, and when I met him some years ago, I thought he was so nice. That being said, I’m going to try to be as objective and fair as I can. 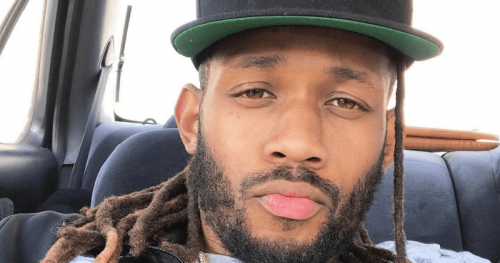 First of all, I must say that Kerrion was wrong to secretly record his father and secondly, he was wrong to post what was obviously meant to be a private exchange between him and his father. I have to wonder if Kerrion somehow baited his father to get the reaction that he did knowing that he was recording him. And then as Kirk pointed out, he only posted a snippet of the exchange and not the full exchange which included Kirk reaching out the family therapist for help. In his apology video above, he said their relationship has been toxic for some time and based on what was said, that is obviously true. If Kerrion was going to post the exchange, he should have posted the whole exchange, not a snippet. And for the record, this is not the first time their toxic relationship has caused headlines. In 2018, Kerrion even said his father was trying to kill him. Read that HERE. In fact, I think I’ve even read at some point that his son suffers from a mental illness…Don’t get me to lying..but I feel like I’ve read that or heard that somewhere…I could be wrong though….

Now, that being said (written), let me get into this a bit deeper. Let me start off by stating that I’m not a parent. I’ve seen various Facebook posts from parents in which they said that children can take you there sometimes. I can only imagine, but I take them at their word. HOWEVER, Kirk was flowing with those curse words like it was a song that he had written and knew very well. If somebody in his inner circle said he regularly cursed, I wouldn’t be surprised.

Essentially, what is in you comes out of you…

I’m not saying Kirk Franklin is evil, I’m saying that he sounds like cursing is a somewhat regular part of his vocabulary…

Additionally, in the word, it is stated, “Out of the same mouth come praise and cursing. My brothers and sisters, this should not be.” James 3:10

We all know that Kirk Franklin can shonuff praise God, but using the word “go**amn” is certainly a wrong use of God’s name.

Earlier in James 3, actually, the very first verse states that, “Not many of you should become teachers, my fellow believers, because you know that we who teach will be judged more strictly.” And the section of that chapter is about “taming the tongue.”

As a Gospel megastar with a worldwide platform, Kirk is subject to more scrutiny and rightfully so…

I’m not cancelling Kirk Franklin namely because I’m not a fan of the cancel culture…That being said, I hope he uses this revelation as a barometer to check himself. Does his persona in private match what he presents publicly. No one is perfect that is for sure. But even the everyday Christian without a platform should be demonstrably becoming more and more Christlike in their words and deeds. I have grown in some areas and some areas I have yet to grow. For some reason, I find myself arguing with people at the grocery store lately. I think it’s because it’s my only social outlet in the pandemic 🙁 But I have a mentor who has challenged me on these outbursts. We all need to people who can help us check ourselves before we wreck ourselves…

As Kirk asked for in his apology video, I will pray for him and his family. And I will keep praying for myself too…