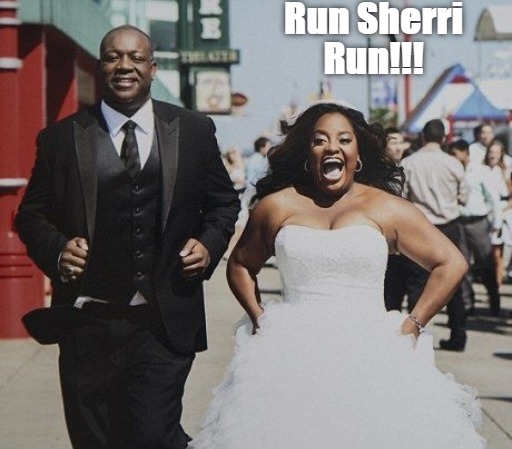 So two posts ago I posted an excerpt from an article summarizing what Sherri Shepherd said about her ex-husband Lamar Sally in a recent interview on the The D.L. Hughley Show. Below is how Sherry explained why she married him when she said many of her friends and celebrity colleagues warned her not do so.

Well, Lamar clapped back, penning a letter that he released to TMZ! He accused her of abandoning the son they agreed to have together via a surrogate. However, the son (who is biologically Lamar’s son but not Sherri’s as a donor egg was used) was born after the couple broke up. Still, according to People magazine and TMZ, Sherri pays $4,100 in child support to Lamar each month! Although she is keeping up with her payments, he claims she has abandoned the child, called her bitter and recommended that she go to therapy – despite all of this, he says he is “praying” for her! Additionally, he claims that she blackballed him in Hollywood and has not has any TV writing jobs as a result.

(Aside: Regarding his claim that she abandoned the child, Sherri told me herself via this blog that his claim wasn’t true. She said, “…I have a son w special needs that I talk about incessantly… do I seem like the type of woman who would ‘abandon’ a child? A woman who would shirk her duties where children are concerned – if you have followed me at all- you would know that isn’t the case at all…must be more to the story, yes? Well I stop there, because I can feel the Holy Spirit tip tapping me on my shoulder; and it’s also too quiet in the family room which means Jeffrey is doing something he ain’t suppose to be doing! God Bless.” She commented on a post “Sherri Shepherd Jokes About Giving Her Surrogate Baby to Raven Symone & More on ‘The View’” that I wrote in 2015.)

Now I can understand that what Sherri said hurt his pride, but her truth is her truth whether he likes it or not!  Furthermore, if someone was paying me thousands of dollars a month, I would suck it up and chalk it up to a contentious divorce. And of course, TMZ had a get a response from Sherri after Lamar’s clap back! She said she didn’t blackball him at all. In fact, she said she hopes he does get some writing gigs so that her child support payments can be reduced! I hear that!

You can check out Sherri’s full response to Lamar’s response HERE on TMZ.

In other Sherri Shepherd news, the comedic duo of Sherri Shepherd and Kym Whitley will serve as hostesses for for the Multicultural Media Correspondents Association Dinner. The dinner is being held today at 6:30 p.m. at the National Press Club in Washington D.C. With music by DJ D-Nice, the exclusive, invitation only gala is attended by media influencers, policymakers, executives, corporate and advocacy organization allies and Hollywood VIPs.

I’m excited to co-host @MMCADC’s 4th Annual Multicultural Media Correspondents Dinner along with my girl @KymWhitley as we celebrate luminaries and change makers advancing #MediaDiversity, including @flyjocktomjoyner. Follow along with @MMCADC and @Entertain_DC Tuesday July 9 for live coverage from the red carpet! #DMV friends, be sure to attend the Media Diversity Innovation Summit Wed July 10 , featuring @erikaalexanderthegreat and other powerful figures in media. Learn more and register at MMCADC.org. See you next Tuesday! #mmcadc #diversityinmedia #tomjoyner #sherrishepherd #kymwhitley #erikaalexander #workingmom

The event will honor the accomplishments of media industry legends and luminaries of color, including “The Fly Jock” Tom Joyner, NBC 4 news anchor Eun Yang, EMMY Award winning journalist Veronica Villafane, and digital media executive Parker Morse. Congresswoman Val Demings(D-FL.) will also be honored for her seminal work to increase media diversity, and there will be a special tribute to John Singleton including family members.

MMCA is a nonpartisan/nonprofit organization leading a call to action to increase media diversity. In just its fourth year, MMCA has become a trusted convener and facilitator of thought leadership, resource and information sharing and strategic engagement between multicultural media stakeholders, tech and media decision-makers, policymakers and private entities committed to increasing the percentage of diverse media stakeholders and content. www.mmcadc.org; @mmcadc on all platforms.

P.S. Know this…Just because someone says they’re “praying” for you doesn’t mean it’s a good thing… 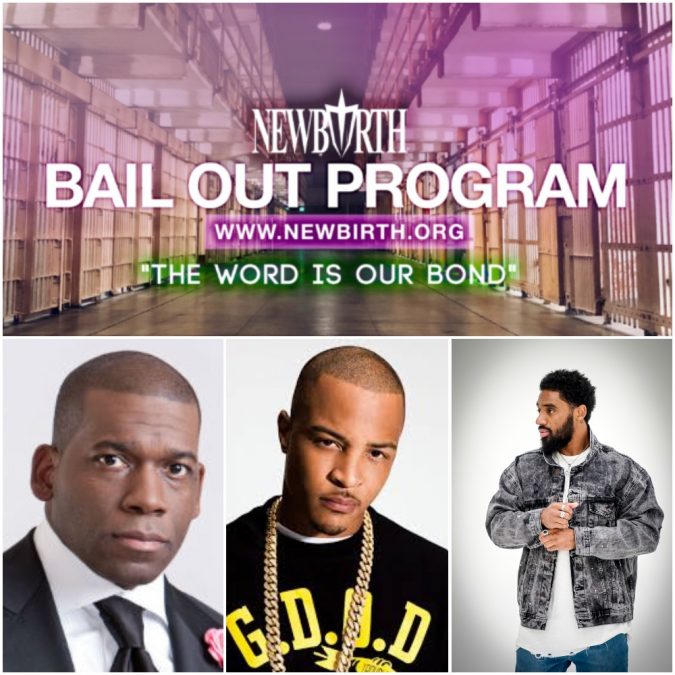 How was your Easter Sunday?! Mine was lovely. After a wonderful Easter service at my church, my husband and I were blessed to spend time with family and friends. Since my parents live pretty close to my in-laws, it was easy to see a good number of people that I don’t get to see every day in one day. In addition to having a soul-saving relationship with God through the sacrifice of His Son Jesus, I’m so thankful that God has blessed me to have a close-knit family and great friends.

Apparently, I was not the only one who was able to reunite with family and friends on Easter Sunday. Through New Birth Missionary Baptist Church’s Bail Out Program, $120,000 was raised with the help of rapper T.I. and VH1’s “Love and Hip Hop” personality Scrapp Deleon to bail out 23 non-violent offenders from metro Atlanta jails (DeKalb, Fulton, Gwinnett and Rockdale County Jails) on Saturday, April 20 in time to celebrate Easter Sunday with family and friends, according to Fox 5.

On the bus ride home from jail, one man said, “I aine never had nobody help me or do nothin’ for me. I’ve been on my own since I was 13. Everything I’ve done, I’ve done by myself so for y’all people to just come out and bless me like this. I really feel, like, very grateful, very thankful for everything. I’m trying to be, whatever y’all need me to do, whatever y’all need me to help with, I’m there. Just say the word. I’m just very blessed. I’m very thankful.”

Also, church volunteers greeted the men and women with a Welcome Home Party. Barbers, beauticians and celebrity makeup artists  in addition to clothing were on site to get the men and women looking right before they were reunited with their families and loved ones. One man at the party said 30 minutes after he prayed about getting out of jail, he was told about the Bail Out Program at midnight! “12 o’clock at night, the guard knocked on my door and handed me the Bail Out Program. Like it was just crazy.” How many of y’all know that when no one else is up at the midnight hour, you can call up Jesus who hears and answers prayers! That reminds me of what happened with Paul and Silas when they were jail. They were freed at midnight as well!

At the party, Pastor Bryant announced that ALL of the children of the men and women who were released from jail will have college fund accounts at Citizens Trust Bank courtesy of the church. “We want to make sure that we disrupt a culture of recidivism so they do not go back into the system as in previous generations.” Additionally, mentors will work with the men and women.

See for yourselves what happened in the video below:

That is what the resurrection of Jesus Christ is all about – resurrecting new lives.

Do you know what today is? It’s their anniversary…the 20th anniversary of the debut of the now iconic television show Sex and the City…yes, when we first met Carrie, Charlotte, Miranda and Samantha! My love for the show has been documented in many posts on this blog since the show debuted on HBO Jun 6, 1998! And on today, its 20th anniversary, I must again pay homage to the show that was referred to as a “personal love letter to single women everywhere” and certainly helped me navigate my singlehood days… 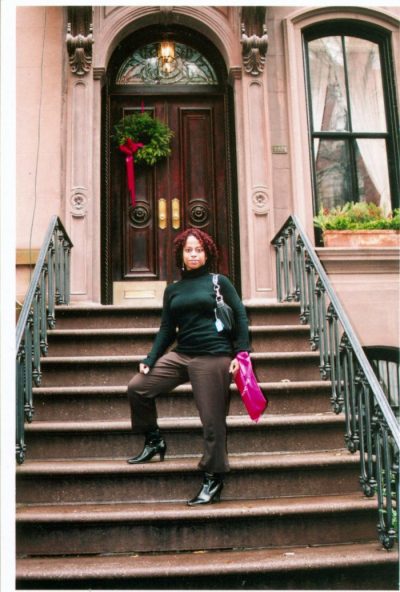 As it turns out, I’m not the only one who wants to pay homage to the institution that was Sex and the City, journalist and author Jennifer Keishin Armstrong is also doing so in her new book “Sex and the City and Us: How Four Single Women Changed the Way We Think, Live, and Love.”

By the bestselling author of Seinfeldia, a fascinating retrospective of the iconic and award-winning television series, Sex and the City, to coincide with the show’s twentieth anniversary.

When Candace Bushnell started writing her “Sex and the City” column for the New York Observer, she didn’t think anyone beyond the Upper East Side would care about her adventures among the Hamptons-hopping media elite. But her struggles with singlehood struck a chord, making her a citywide—and soon nationwide—sensation. 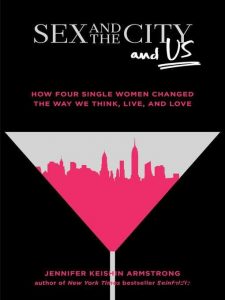 Beverly Hills, 90210 creator Darren Star brought Bushnell’s vision to an even wider audience when he adapted the column for an HBO series. His four main characters: Carrie, Charlotte, Miranda, and Samantha, forever branded the actresses that took on the roles, redefined women’s relationship to sex, and elevated the perception of singlehood. With their fashion-forward lifestyle, they launched a barrage of trends, from fabric flower accessories to Manolo Blahnik shoes to Cosmopolitan cocktails.

Read the rest of the description at Amazon.com…

And if you want to support Miranda, I mean Cynthia Nixon (the actress who portrayed Miranda) as she runs for governor of New York (yes, GOVERNOR) particularly as it is SATC’s 20th anniversary, head on over to store.cynthiafornewyork.com! 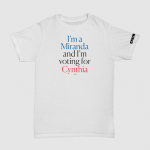 Finally, if you’ve never experienced Sex and the City, the vault of treasure that is this show will be opened up on Friday, June 8 on E! Following a special Sex and the City episode at 7 p.m., hold on for the Sex and the City 20th anniversary marathon of every episode ever starting at 7:30 p.m.!

And here is a scene from the last episode of SATC (Spoiler Alert. Don’t watch if you don’t want to know how it all ends…):