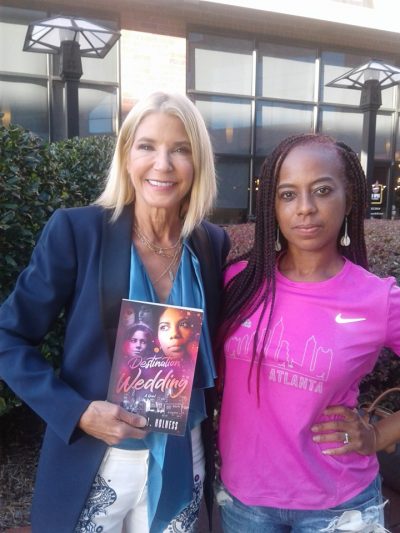 In December 2009, after nearly seven years of preparing myself to meet THE ONE through prayer, self-help books, counseling, online dating, seminars, and on and on, I finally lost hope that he was even out there at all. I felt like Charlotte on my favorite single-girl television show of all time, Sex and the City, when she whined to her friends Carrie, Miranda, and Samantha, “I’ve been dating since I was fifteen. I’m exhausted. Where is he?” before dropping her head, face first, onto the table in front of her. A relationship that I had dreamed of having years earlier finally happened—only to dissolve like a dream too good to be true within a couple of months. I was devastated and despondent. After swearing off my small library of self-help books on relationships that I had lovingly acquired over that nearly seven-year period and declaring that not a single dollar would be spent on another one, I concluded that God’s plan for my life did not include marriage and I would have to be okay with that.

Well, at the beginning of September, I attended The Potter’s House in Dallas, Texas where Bishop T.D. Jakes preached a sermon entitled “Grasping the Moment,” and it really inspired me! Fast forward to the end of September! I attended a book signing event for Candace here in Atlanta. She was promoting her latest book Is There Still Sex in the City? Y’all, prior to the event, I wrote a letter asking for her endorsement and put it in a package along with an advance copy of my book. So when I got to the location of the signing, I contemplated sitting in the front row as I got there early and seats were available there. But this verse came to me: “But when you are invited, take the lowest place, so that when your host comes, he will say to you, ‘Friend, move up to a better place.’ Then you will be honored in the presence of all the other guests.” Luke 14:10. Y’all, I sat in the second row, and one of Candace‘s friends, who lives in Atlanta, just happened to sit in front of me in the first row. We got to talking. I told her about my book. She introduced me to Candace after the event. And it went from there. Check out a picture of us together (ABOVE) and the tweet she sent me after the event (BELOW)! Talk about grasping the moment! I wouldn’t have thought to do that if I hadn’t heard that sermon weeks earlier!

Below is her official endorsement:

Since then, we’ve met, and I took her out to lunch. And she signed my copy of her book Ludell and Willie that I’ve had since I’ve had since I was a little girl. And this is what she said about Destination Wedding:

And I’ve also been endorsed by three other authors that I respect for their work AND their character. Below are their endorsements: 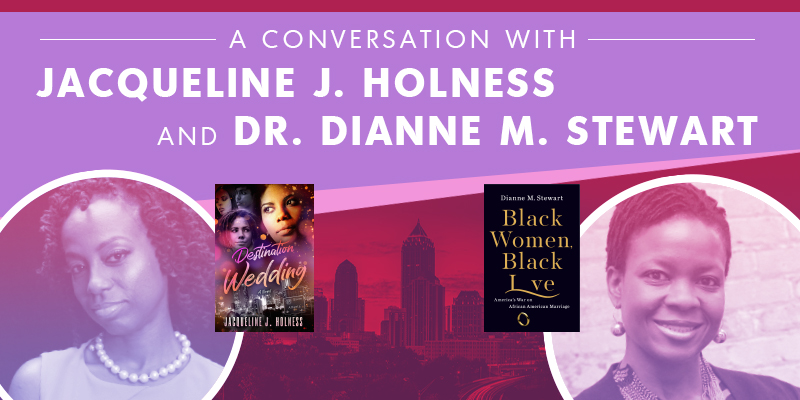 We will discuss the hijinks in Destination Wedding AND systemic and structural factors that affect black women and black love in America from a research-based perspective –a robust conversation that is needed during cuffing season.

As this is the official launch for Destination Wedding, copies will be sold ($15 plus tax) and signed following the conversation.

To register for this event, go to Eventbrite.com.

To order your copy of Destination Wedding, click on one of the websites below!!!